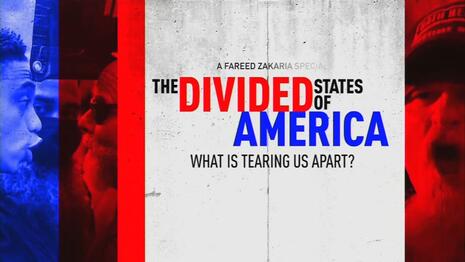 "He and his family occupied the White House with dignity, grace and good humor," Zakaria announced. "He ran an administration that was largely scandal-free, and he did it all the while under a microscope, because he looked different.”

The Sunday night Zakaria special was titled The Divided States of America: What Is Tearing Us Apart? It's too cheeky to answer "CNN." This sounded like an hour-long screed against conservatives. It wasn't surprising that Zakaria would see all of the approaching doom of Trumpism during the Obama years:

#DividedAmerica. @FareedZakaria: “When scholars spent time with Tea Party activists they found that behind the talk of taxes and big government were people mostly motivated by fears about race and immigration.” pic.twitter.com/YcKJIIMfbf

CNN turned to "historian" Jon Meacham, who helped write speeches for Biden during the campaign. He said "We are living in the most vivid manifestation of the politics of fear in our history. That's where we are now."

Translation: CNN was trounced in the ratings for decades. Young people should know it's time to laugh when he talks about "blurring facts and opinion like never before," as if Zakaria never saw a nasty PBS documentary by Bill Moyers or something.

Zakaria claimed Sarah Palin could be a symptom of Trump-itis.

Even more from CNN’s #DividedAmerica, @FareedZakaria turns ire to @SarahPalinUSA: “Donald Trump had a role model for his exploitation of the class divide. Sarah Palin, who did it first.” pic.twitter.com/gm9JGTxYI1

He said "she leaned heavily on identity politics on American values and culture, to rile up her base....the precusor of Trump’s war on elites." Then smirking liberal journalist George Packer oddly said Palin was John the Baptist, “the one who came first,” like Trump was Jesus Christ.

And then Zakaria went back to the 1990s and blamed Newt Gingrich for ruining America first.

One last clip from CNN’s Sunday night #DividedAmerica. @FareedZakaria on @NewtGingrich: “Before there was a Donald Trump, there was a Republican pioneer who paved the way for the Trump brand of destructive politics.” pic.twitter.com/rnIwFj6C10

Zakaria declared "In 1979 when Gingrich arrived in Washington he had a singular goal, to blow up the political establishment, including the Republican party." Leftist CNN analyst Van Jones added "Newt Gingrich comes in with a buzz saw." So is he blowing people up, or sawing them in two? Such violent metaphors! 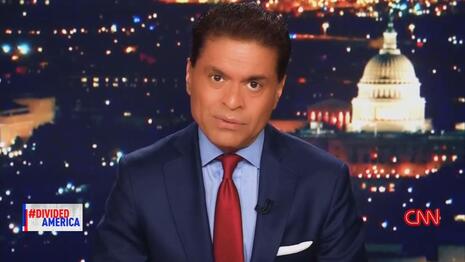 He added "The Gingrich philosophy the only way for Republicans to win back power was to be nasty. Really nasty....To treat Democrats not as opponents, but as the enemy."

This kind of rhetoric is typical CNN: so completely tone-deaf to their own network's rhetorical bluster. Seriously, after years of trashing the Republicans as enablers of a mentally unstable authoritarian, and then complain that someone else treats the Other Party as an enemy of democracy, and America??  Does Zakaria never watch CNN when he's not on the air?

Brent Baker took all of his tweets and put them together in a video: