Washington Post: Trump 'Must Never Have' His Own Presidential Library 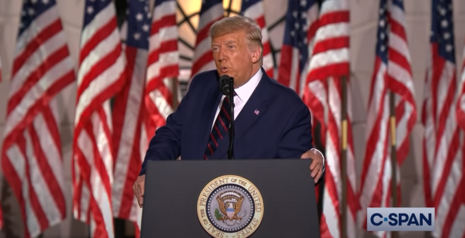 The horrible January 6 riot on Capitol Hill provided grist to the most fervent Trump haters to want to take everything away from him that they can. Washington Post architecture critic Philip Kennicott fulminated on the front page of Sunday's Arts & Style section under the headline "Trump wants a presidential library. He must never have one."

As this choleric "Critic's Notebook" article went inside the paper, the headline was "A Trump presidential library is a terrible -- and dangerous -- idea."

So much for letting democracy bloom. As usual, the Post defines Trump and democracy as opposites. So his library can be Canceled.

On January 20, the National Archives launched the Donald J. Trump Presidential Library website.  But Kennicott argued "Trump must never have an official presidential library, and Congress should move quickly to make sure he never will."

Why? First, there's the idea that presidents have some control over their own papers after leaving office, with a five- to 12-year lag in granting public access to the papers. Every modern president has had this privilege -- even the impeached one with a wife who would run for president -- twice. The wife who smashed cellphones and destroyed her own emails. But Trump is unique:

Congress should use this moment to reconsider the legislation that helped create and shape the presidential libraries now administered by the National Archives, not just to prevent Trump from perpetrating one last, giant grift, but to reform the system so it serves the country better. This is long overdue, and would need to be done even if Trump weren’t trying to raise $2 billion for a Trump center. But his intention to do so makes this urgent, even an issue of national security.

National security? Trump "incited an insurrection," he says, and his presidency "mixed public and private interests in a way that was unprecedented in modern American history."  Democracy almost died in darkness, he claimed:

It is imperative to the nation’s future that we know how and why authoritarianism became so deeply and pervasively rooted in the Trump administration. Historians, journalists and biographers need immediate access to this material (with the minimal oversight necessary by professional, nonpartisan archivists) to help educate the American public on the greatest threat to the republic since the Civil War.

But Kennicott is so incensed he thinks Trump shouldn't even have his own privately funded center, because "even a privately funded and operated Trump presidential library, which would be devoted to whitewashing his record and rewriting history, is a terrible and even dangerous idea. Further, given Trump’s alleged misuse of charitable funds, including self-dealing, waste and other illegal activities, at his now dissolved New York-based foundation, any intention to start another public entity can only be considered a crime scene waiting to happen."

He also vowed "he and his people should be cut out of the process of preserving those documents. And Americans should shame anyone — including architecture firms, exhibit designers and corporate donors — who helps Trump perpetuate the lies that nearly destroyed our 244-year-old effort to create a democratically governed republic."