Thrill Up Their Leg? WashPost Rhapsodizes on 'Spectacular Rise' of Lincoln Project

The Democratic rag known as The Washington Post gushed all over the Biden-endorsing Never Trumpers at the Lincoln Project on the front of Monday's Style section. Writer Roxanne Roberts began by describing Trump as a fire, and as a "raging threat to democracy," which is her paper's boilerplate: 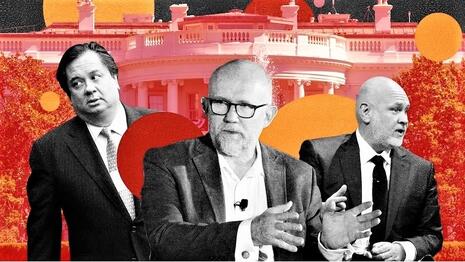 Your house is on fire. Do you care who the firemen are?

That is a central question of the 2020 election. Donald Trump has managed to do one thing no other president has done: Bring Republicans and Democrats, conservatives and progressives, boomers and millennials together in unprecedented numbers to try to defeat him in November. For Americans who believe the president is a raging threat to democracy, purity tests are out. Results are in.

Which explains the spectacular rise of the Lincoln Project, a group of Republican Never Trumpers who have moved rent-free into the president’s head.

The piece is salted with quotes from "conservatives" and "lifelong Republicans" who are campaigning for a President Biden. Are these really "Republicans" any more? Are they bringing "conservatives and progressives" together? No, they're not.

Roberts admitted "Lifelong Democrats are organizing fundraisers on the project." But somehow they're still attuned to conservatives...by trolling Trump's ego?

All this is designed to help Biden, whom they endorsed in a Washington Post op-ed in April. Their unique skill is talking to conservatives in a way that Democrats can’t, with techniques that they’ve honed over many Republican campaigns.

The Post tickles their liberal readers all the way until paragraph 30, where the Trump rebuttal kicks in:

Trump’s campaign and conservatives have aggressively attacked the Lincoln Project as a moneymaker for the founders: [RNC] Chair Ronna McDaniel criticized it for “profiting off attacking President Trump.” In the last quarter, the group raised almost $17 million, which is targeted for expanded media buys. Are the founders getting rich? No, they say, at least no more than any other high-profile campaign operation. It’s politics as usual, or as close as this year comes to it.

“As far as I can tell, and I’m not part of this, they’re not doing anything different than any other political action committee,” says Sykes. “And yet it’s fascinating to me the amount of energy that is being spent to discredit them, which again, I think is a credit to how effective they are. They have touched an incredible nerve out there.”

Roberts isn't an investigative reporter. She just lets them say they're not exploiting anyone, and lets Sykes dismiss critics...."without evidence."

The Lincoln Project reported spending nearly $1.4 million through March. Almost all of that money went to the group’s board members and firms run by them. The super PAC spent nearly $1 million with Summit Strategic Communications, a firm run by Lincoln Project treasurer Reed Galen. Another $215,000 went to Tusk Digital, a company run by Lincoln Project adviser Ron Steslow. Both companies received little business from other federal committees since Trump’s inauguration.

That seven-figure spending, noted earlier by campaign finance expert Rob Pyers on Twitter, comes as the group spends relatively little on direct political activity. The super PAC shelled out $364,000 to Galen and Steslow’s companies to run independent expenditures opposing Trump and his Republican allies in Congress. But just 52 percent of that money went to buying and placing ads, with the rest spent on producing the ads themselves.

That’s an unusually high rate for production costs compared to most super PACs. At least 2 percent of independent expenditures from pro-Trump super PAC America First Action this cycle were labeled as production costs, with the rest going to ad buying. And that group has come under fire from Republican operatives for spending donors’ money generously.

The Lincoln Project spent more than $19,000 on one ad opposing Sen. Martha McSally (R-Ariz.). But just one-quarter of that money went to placing the ad online with the rest spent on production costs. In response to the group’s attacks on Senate Republicans, the National Republican Senatorial Committee called The Lincoln Project a “scam PAC” and accused its members of “lining their own pockets.” The Lincoln Project did not respond to a request for comment.

Another firm, Howe Creative, appears to produce some of The Lincoln Project’s ads, but also isn’t listed as being paid by the super PAC. This suggests that Galen and Steslow’s companies are likely paying these firms as subcontractors. This process is also used by the Trump campaign to hide the specifics of its spending.