00:00 00:00
Font Size
The Washington Post can’t decide whether it wants to promote Antifa or pretend it doesn’t exist. The “Fact Checker” insists Trump earned Four Pinocchios for including Antifa in recent tweets, because it's "virtually impossible to say that no one with antifa beliefs was involved in any violence."
And now on the “Monkey Cage” blog they’re promoting a leftist German professor named Curd Knupfer, who complains "Right-wing websites are demonizing Antifa." Horrors! It’s apparently so loosely organized you can’t blame them for anything: 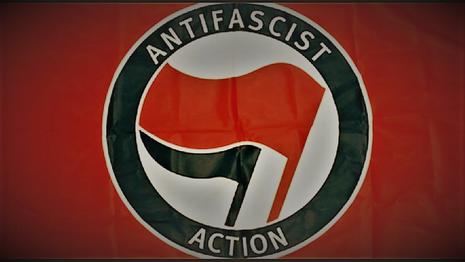 Antifa has been in the news lately. Donald Trump recently tweeted out his intention to declare “ANTIFA as a Terrorist Organization,” while Attorney General William P. Barr blamed the group for inciting violence and sowing discord. Right-wing media websites are suddenly using the term much more. These discussions appear to have had real-world consequences, as armed right-wing militants have taken to U.S. streets to counter the antifa threat. But no substantial evidence suggests that dangerous antifa terrorists are threatening public safety, or even that any antifa “organization” exists.
Because antifa is a loose ideology that lacks any formal or centralized structure, others can easily use it to demonize individuals who may have little in common except their opposition to far-right actions.

Perhaps we could suggest that left-wing “news” sites could try to investigate Antifa and identify their activities with one-hundredth the ardor they chase after tiny factions of Klansmen. Instead, we get octopus-ink articles claiming Antifa is formless, shapeless, and blameless.
Cheesy Curd did "research" on this:

I collected material from 29 U.S. right-wing or far-right websites, ranging from Fox News and Breitbart to lesser-known outfits like Liberty Nation or the Western Journal that present themselves as alternative news sources.
I collected a total of 437 articles posted between May 25 and June 4 featuring the term “antifa” via the Media Cloud database and scraped them with the Python package Newspaper3k. Aided by text analysis software, I applied a coding scheme aimed at understanding how this media network was characterizing antifa.

"Scraped" the articles? Does that mean someone actually read them? Or just used crude computer analytics? Why are the leftists to averse to actually reading when they analyze media? Curd continued:

How does the right wing describe antifa?
These right-wing websites use a variety of terms to characterize antifa, even some we might consider mutually exclusive, using “organization” or “movement” interchangeably — and using the vague term “group” most often. Out of 430 articles, I found only 18 mentions of an actual person or institution, and almost no direct quotes by anyone identifying themselves as antifa.

Dear Curd: This might be a little tough when they dress up in black masks and don't hand out business cards. Black-bloc hooligans are more likely to beat on camera crews than do interviews. Clearly, this man thinks negative writing about Antifa somehow fits into a framework of "criminalizing dissent." Instead of, say, criminalizing criminal activity, like vandalism and fighting cops.

It’s possible the right-wing media ecosystem is conducting a coordinated and deliberate disinformation campaign. Although the 27 websites ranged broadly across the spectrum from far-right to mainstream conservative, they were strikingly in sync in creating the impression of a menacing, indistinct threat tied to the same targeted individuals and groups.
Right-wing websites are creating a “floating signifier” around antifa, which might serve as convenient catchall scapegoat for those intent on criminalizing dissent.

Curd seems to be lining up with the United Nations, which claims anyone associating Antifa with terrorism "undermines the rights to freedom of expression and of peaceful assembly in the country." Peaceful??
PS: The Center for Analysis of the Radical Right lists in its bibliography an article by Knupfer and some colleagues worrying about "hyperpartisan" conservative sites titled  “Beyond Breitbart: Comparing Right-Wing Digital News Infrastructures in Six Western Democracies.”