On the front of Wednesday’s New York Times was an article with the usual anti-White House theme. The headline was “FEMA Supply Effort Tangled by Kushner Team.” There were five names in the byline, and another three credited at the end. But still, the main character in this article wasn’t thrilled. 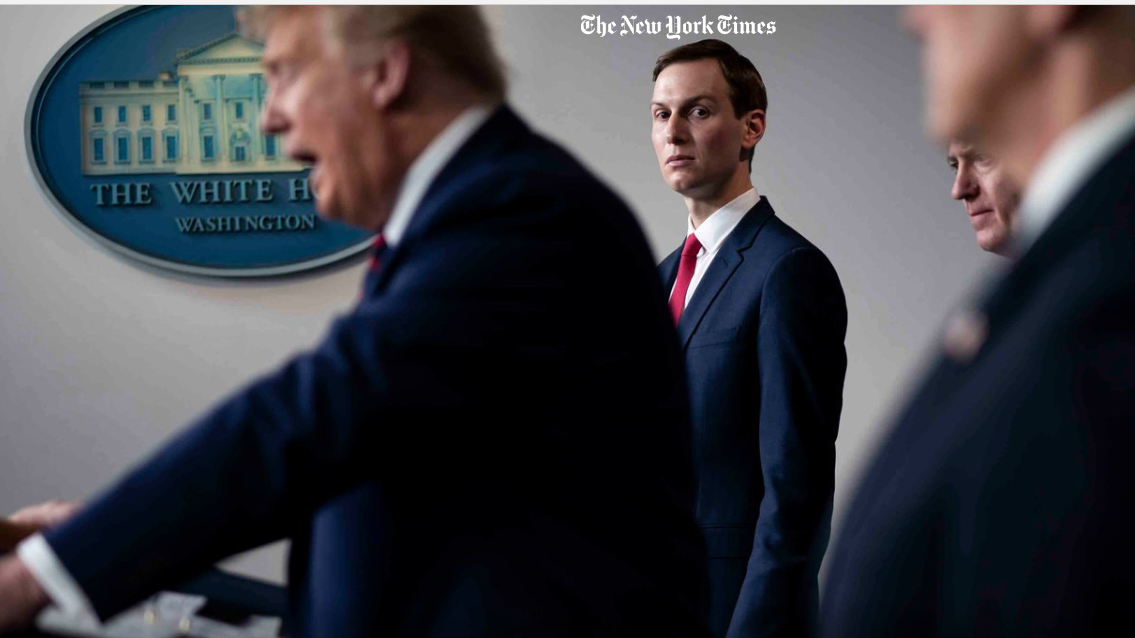 Dr. Jeffrey Hendricks had longtime manufacturing contacts in China and a line on millions of masks from established suppliers. Instead of encountering seasoned FEMA procurement officials, his information was diverted to a team of roughly a dozen young volunteers, recruited by the president’s son-in-law, Jared Kushner, and overseen by a former assistant to Mr. Kushner’s wife, Ivanka Trump.

The volunteers, foot soldiers in the Trump administration’s new supply-chain task force, had little to no experience with government procurement procedures or medical equipment.

Dr. Hendricks complained to the Times that "When I offered them viable leads at viable prices from an approved vendor, they kept passing me down the line and made terrible deals instead," adding that getting responses at all was difficult.

Hendricks felt this story did not "fully reflect my experience." This happens to a lot of sources for news stories, and he seemed to feel the positive thoughts he had were not included. He issued a statement:

I read the article in the NY Times. There were some pieces that were true and some things that did not fully reflect my experience. To be fair to the volunteers, Rachel Baitel, and others, I should clarify my experience. Most importantly, we all need to recognize we are in an unprecedented situation with a global health crisis of almost incomprehensible magnitude.

My experience with the volunteers was that they were kind, responsive, and tried to assist. I believe everybody is trying to manage the best way possible and with good intentions. There will be efforts that work, and efforts that are well intended, but do not. We can assess this going forward and make new recommendations accordingly.

I believe that this administration is putting forth incredible efforts to assist our health care providers and our citizens. Of course, there will be frustrating aspects of it along the way, and yes, I experienced some of this. I expressed my frustration with slow communication that seemed to have stopped altogether, but also acknowledged the vetting process could take some time. Despite what at times felt like a bureaucratic process I finally received authorization for a site inspection on April 29th 2020, although this has not taken place as of yet.

A senior administration official told Amber Athey at The Spectator that it was also inaccurate for this negative Times piece to characterize the volunteer team as completely inexperienced. "While these individuals did not always have direct experience with governmental procedure or medical supplies, their jobs in the private sector were focused on procuring resources, which made them attractive candidates to help the administration identify leads for getting supplies."

But the Times channeled all this into their socialist mindset, that thinking the private sector was more efficient than government was going to be wrong, because government always knows best:

The fumbling search for new supplies — heralded by Mr. Trump and Mr. Kushner as a way to pipe private-sector hustle and accountability into the hidebound federal bureaucracy — became a case study of Mr. Trump’s style of governing, in which personal relationships and loyalty are often prized over governmental expertise, and private interests are granted extraordinary access and deference.