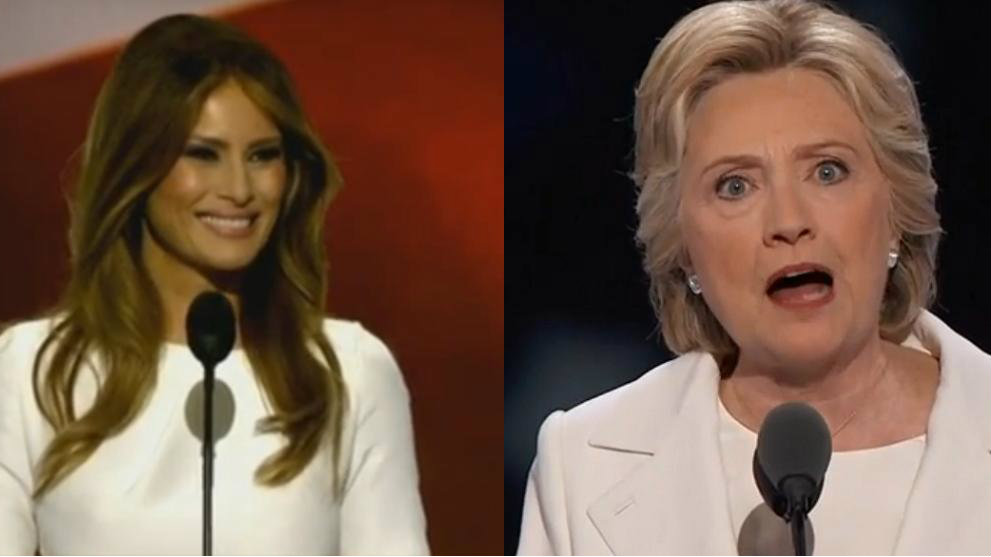 During the 2016 conventions, we noted Philadelphia Inquirer fashion writer Elizabeth Wellington criticized Melania Trump's white outfit for her hometown convention. She pulled off an "angelic look" on a "strictly fashion note," but these liberal papers never stop with the fashion. Wellington found her dress was a “scary statement,” and supposedly gave off the subliminal message “that in the GOP, white is always right.” Mrs. Trump's “all-white ensemble displayed the kind of foreignness that is accepted by her husband’s political party.”

Two weeks later, the same critic hailed Hillary Clinton wearing white for her historic speech accepting the Democratic nomination. On Hillary, “white is a hue that’s both soft and strong,” not scary. “Clinton's white pantsuit is telling us she has arrived. This is surreal. A dream come true.”

The same silly double standard just emerged again with New York Times fashion writer Vanessa Friedman. Dave Urbanski at The Blaze drew the comparisons. During the 2016 convention, Friedman thought Hillary's white was right. “In her white suit, with her white crew neck underneath, Mrs. Clinton looked supremely unflappable: perfectly tailored and in control,” she gushed. “Not a hair out of place (but some hair nicely waved). The kind of person who could carry the nuclear codes with aplomb.”

But now that Clinton critic Tulsi Gabbard is wearing white suits to presidential debates, it's a yawner. Gabbard "has, by all indications, made it her uniform. And yet no one really seems to care." But obviously, Vanessa Friedman is ticked that Gabbard has called Hillary "queen of the warmongers." 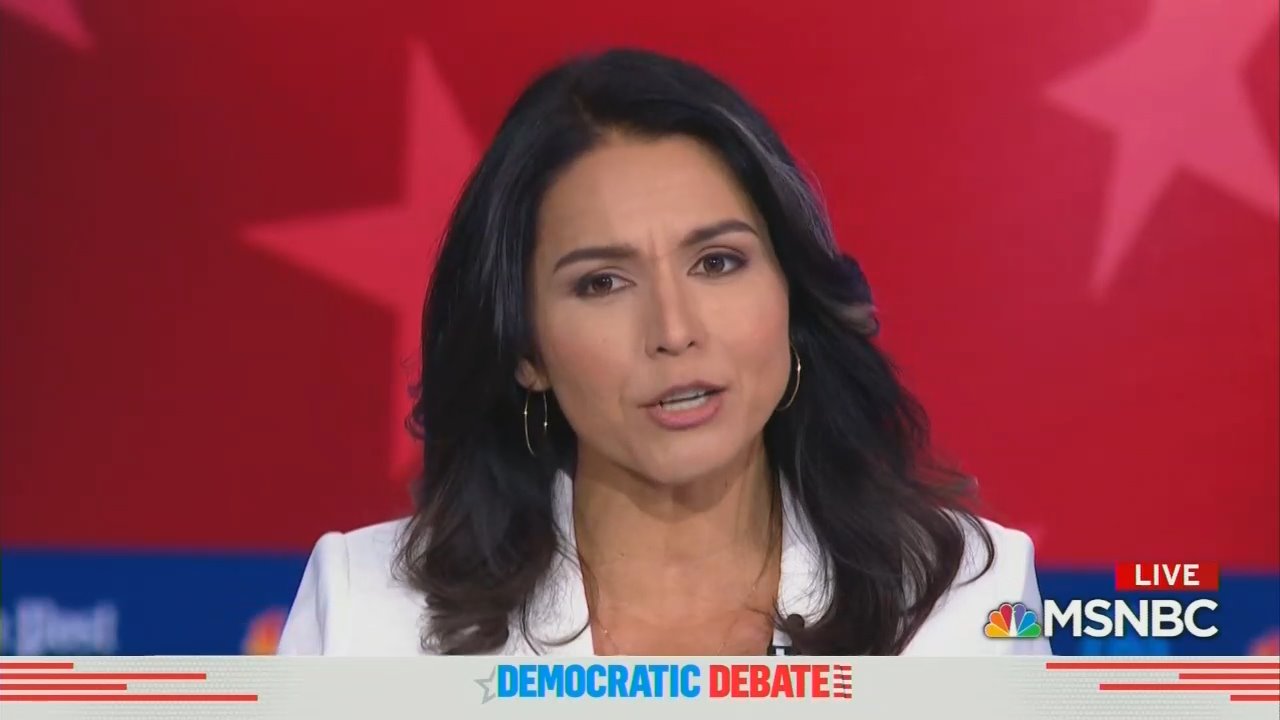 Ms. Gabbard herself doesn’t seem particularly interested in connecting with the suffragists, but rather is using her white suits to tap into another tradition, latent in the public memory: the mythical white knight, riding in to save us all from yet another “regime change war.”

Her white suits are not the white suits of Ms. Clinton, nor even the white of Ms. [Marianne] Williamson, whose early appearances in the shade often seemed tied to her wellness gospel and ideas of renewal and rebirth. Rather, they are the white of avenging angels and flaming swords, of somewhat combative righteousness (also cult leaders). And that kind of association, though it can be weirdly compelling, is also not really community building. It sets someone apart, rather than joining others together. It has connotations of the fringe, rather than the center.

Urbanski noted Friedman adored the feminist Democrats in the House when they wore "suffragette white" outfits to the State of the Union in February. They weren't fringy cult leaders. Friedman touted "the way they wore the color: unapologetically, like a sign of enthusiasm for their job. Like it was fun. Like clothes were something to be enjoyed and leveraged, rather than played down and dismissed or used as protective or deflective armor.It wasn’t about fashion. It was about the past and the future and solidarity, contained in color."

Urbanski concluded: "Wouldn't you know who also wore white during the address — and who Friedman left out of her piece? Yup, Gabbard."