*The Haley number above, I should note, is for “extreme poverty”

Haley shot back on Saturday: 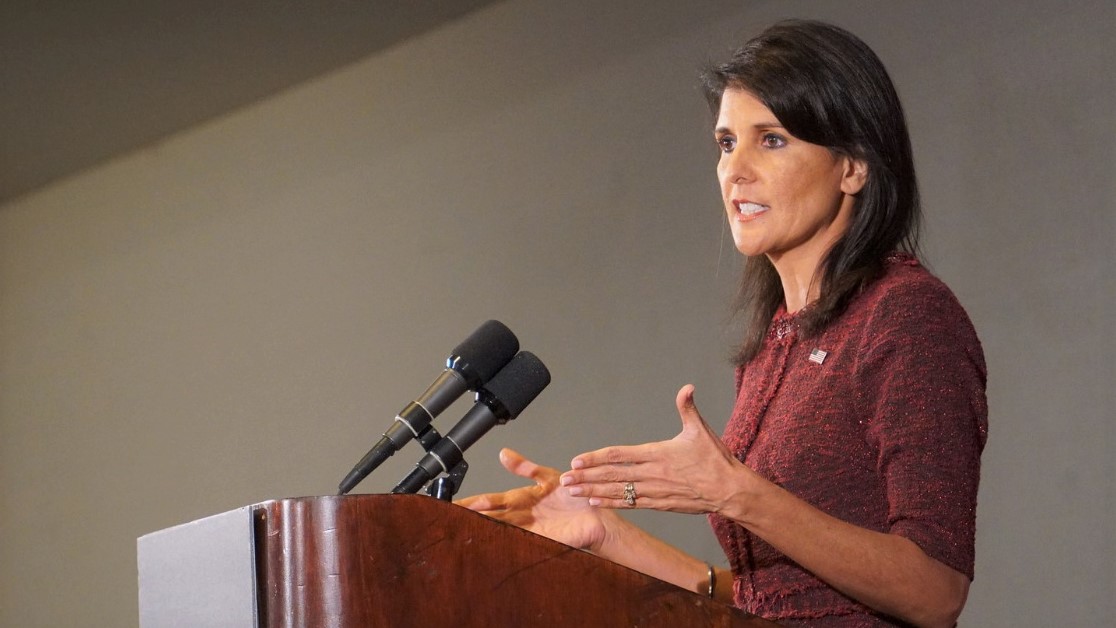 @JStein_WaPo I never said this. My team has asked you to retract this and take down your tweets. I am now respectfully asking that you follow through with what you told my team you would do. Thank you.

Unfortunate when a reporter doesn’t follow through and I have to do this: @JStein_WaPo I never said this. My team has asked you to retract this and take down your tweets. I am now respectfully asking that you follow through with what you told my team you would do. Thank you.

Soopermexican at The Right Scoop also pressed for a correction. Stein deleted the tweets and confessed a short time later:

I’ve deleted earlier tweets indicating that Nikki Haley, U.S. Ambassador to the U.N., had said only 250,000 Americans are in “extreme poverty.” The U.S. Permanent Mission to the United Nations and International Organizations in Geneva had said this.

This is the related segment of the Permanent Mission's statement:

In fact, more than $1 trillion dollars in means-tested benefits are provided to the poor annually by federal and state governments.  Based on some measures of consumption, poverty is down by 77 percent since 1980.  Recent studies using the Consumer Expenditure Survey suggest that only 175 of 222,170 surveyed American households reported spending less than an extreme poverty threshold figure of $4.00 a day, which implies that there are only approximately 250,000 persons in “extreme poverty” circumstances, rather than the exaggerated figure cited by the Special Rapporteur.

Stein knew better. He accurately reported this rebuttal on June 25.

The UN report claimed that somehow five percent of Americans were in "Third World conditions of absolute poverty," or more than 16 million Americans. UN "special rapporteur" Philp Alston wrote like a socialist: “The persistence of extreme poverty is a political choice made by those in power.”

Stein promoted that "explosive" report on June 6, opening like a good Democrat: "A new United Nations report is getting plenty of national media attention for predicting President Trump will exacerbate hardships for America's poor by weakening the nation's safety net."