Former ABC News anchorman Charles Gibson gave a speech at Princeton's Alumni Day on Saturday, decrying attacks on the media. The role of journalists in our political debates are somehow "not up for debate." To "sow the seeds of disbelief on what they report" is to remove a check on "despotic government." 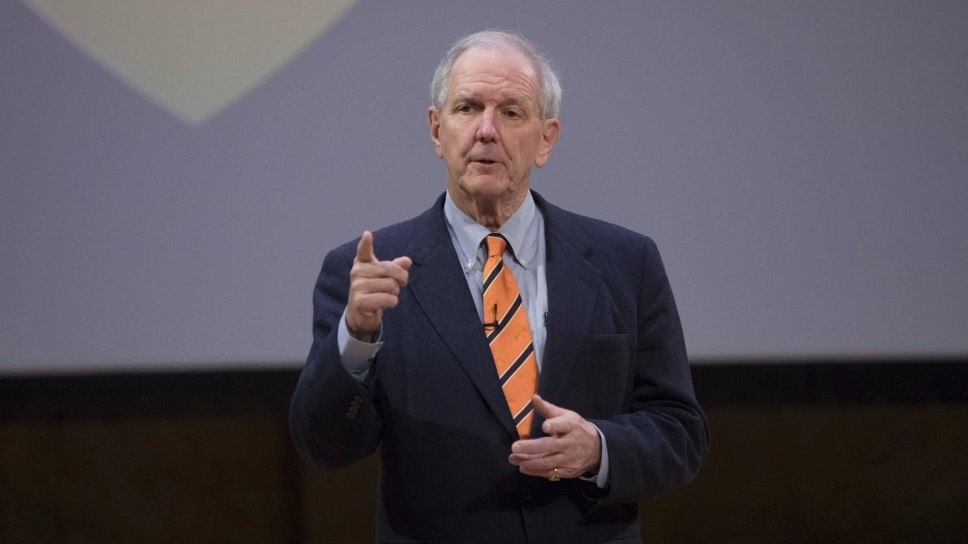 “We can have honest debate about the president’s policies. … We can debate immigration policy, monetary policy, gun control, health care policy,” Gibson said. “But what are not up for debate are American ideals and institutions that have served the country well for almost two-and-half centuries. And among the most important of those ideals … is a free, independent, vigorous press charged with an oversight-of-government function.”

Gibson continued: “Right now there is a concerted effort to delegitimize the press, to stigmatize it and to undermine its oversight role. And if you discredit the press … and sow the seeds of disbelief on what they report, then what is to stop a despotic government?”

Liberals like Gibson never understand how this argument sounds strange to conservatives, because it seems like the media elites are constantly advocating for more and more government intervention into everything...except the press corps. They are no check on statism.

He also can't understand people snickering when he claims he and his colleagues have demonstrated themselves to be "independent" and persistently "vigorous" in checking government. They never seemed "independent" from Barack Obama. No one stood up at Gibson's event and asked if ABC seemed independent when their reporters suggested "even the seagulls" swooned at the Obama inauguration and Obama, like George Washington was "stepping down" into the White House.

Journalists are pretending that critics of press performance are somehow advocating an end to freedom of the press. To "sow the seeds of disbelief" is equivalent to believing in a repeal of the First Amendment? What these liberal lectures imply is that freedom of speech doesn't extend to people advocating "disbelief" in an ideologically committed press corps. Or that a "free press" includes talk radio hosts and bloggers who offer a check and balance on the liberal media.

Gibson did offer some critique of television news: “I worry in an age of hyper-competitiveness that many of my brethren do sensationalize. Viewers don’t need countdown clocks. They don’t need the word ‘exclusive’ slathered all over the screen. They don’t need to be told every other minute that something is ‘breaking news.’”

Gibson concluded by repeating his primary critique, imploring all Americans — no matter what their political affiliations — to become alarmed by current attacks on the media, calling a free press one of America’s “most fundamental underpinnings.” This prompted a standing ovation from the Ivy League audience.

Everyone should stand and applaud for a free press, but Princeton probably wouldn't leap to its feet if the election had turned out differently, and a Fox News anchor insisted it was essential for the press to be an "independent" and "vigorous" check and balance on the first female president.