Kelly Lawler at USA Today previewed a new Netflix standup comedy special by Chris Rock called Tamborine, [sic] in which he openly discusses his "very public 2014 divorce from his wife of 18 years." But first, the special offered a "joke" about how the police need to "occasionally shoot a white kid" after they looked at their "dead [N-word] calendar." As if the police have a scheduled plan to murder blacks? 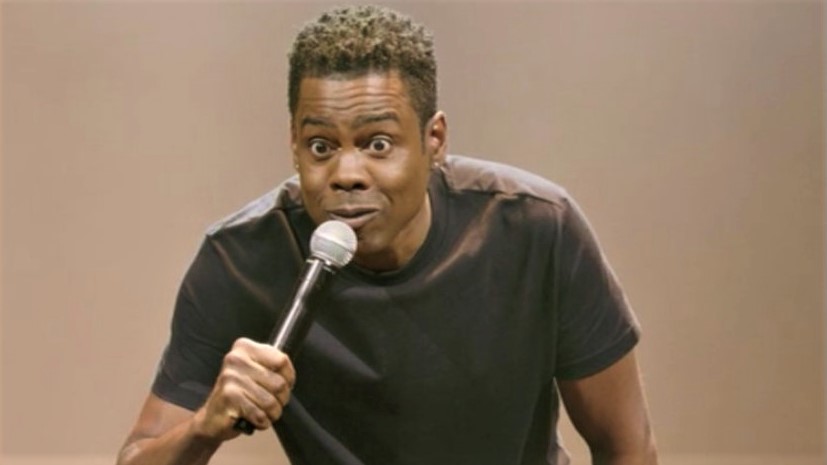 Rock opens Tamborine with what seems like a perfunctory bit on police violence and gun control that feels like his earlier work, slightly updated for the modern era with references to last year's mass shootings in Las Vegas and a cringe-worthy name-drop of a rising rapper.

He then moves on to a bit about why America needs bullies, blaming a friendlier culture for the rise of Donald Trump.

"That’s how Trump became president. That’s exactly what happened. We got rid of bullies, a real bully showed up, and nobody knew how to handle him.”

Business Insider reports he had a Don Lemon-ish bit about guns and getting shot: "This gun s--- ain't going nowhere," Rock says in the special. "There ain't never gonna be no gun control. You talk about it too long, and you're gonna get shot."

Speaking of black comedians, Amber Ruffin, a writer and performer on NBC's Late Night with Seth Meyers, is developing a sitcom based on her life, when she lived in the Netherlands and married a Dutch man, and then they returned to live in the United States. She wrote for the March issue of Glamour magazine about how she had to prepare him for racism, like the way she is routinely followed in a certain store in Los Angeles by a white man in a suit -- presuming she would steal something.

It's funny -- years ago no one would have believe me about those microaggressions: now people are all over it. My husband is learning along with the rest of America. Today, in the Trump era, racism isn't this abstract concept: it's demonstrated by the President. Had Jan and I come to America in a different era, it would have been on me to prove to him that this exists. Now the proof is everywhere. It's on the news. and everyone is a friggin' activist, which is how it should be because the world needs work....

So how do we, as a couple, cope with all this? Thankfully, the biggest thing my husband and I have in common is saying what we mean. Comedians are blunt: When something is getting on my last nerve, I can write about it and yell at the world. I did this piece the day after Trump was elected called "Join the Fun": Basically, I said that white people shouldn't be surprised that Trump won -- that there are a lot of racists in America that white people don't see but black people do.