While the Super Bowl had no hint of a national-anthem protest, liberals still found something to be angry about – “cultural appropriation” of two famous black men. On Tuesday, Washington Post reporting intern Sonia Rao began: “In 2018, we heard Martin Luther King Jr speak and saw Prince perform during the Supreme Bowl....Both instances sparked immediate backlash online.”

Rao continued: “Many [ahem, liberals] called out Ram Trucks for manipulating King’s words about the value of service to sell a product.” And “music fans” pointed out Prince and Justin Timberlake had feuded in the past, and Prince once called it “demonic” to use old recordings to create ersatz duets with dead musicians.

Liberals had a decent argument on both of these matters. In the speech Dodge used, King also explicitly condemned advertising. Still, one could say both of these efforts were resonant tributes to the “appropriated.” The Dodge ad showed their pickups, but the audience heard a religious sermon about how you don't have to be super-smart to serve your fellow man, you only need "a heart full of grace." 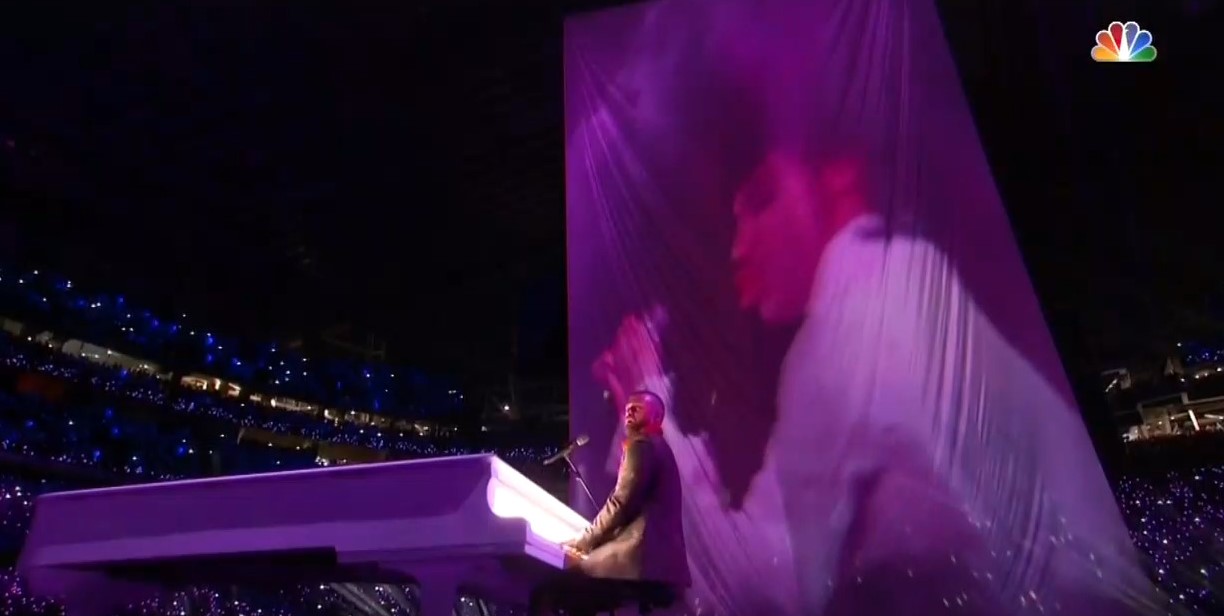 In the run-up to Timberlake’s halftime show, many Prince fans – especially natives of the Twin Cities – were hoping for some kind of tribute to Prince (my wife included). It could have been done without the “duet,” but many Prince fans were delighted by it. Liberal outlets like the Post don’t go find the delighted, only the disgruntled.

On Tuesday, Washington Post music critic Chris Richards didn’t just decry the “grody metaphysics” of a video clip of Prince singing, but for singing his recent his “Can’t Stop the Feeling” as “the most confused feel-good anthem of this feel-scared era.” Liberals apparently want no happy songs about dancing! Richards preached for a “widespread backlash” to wave goodbye to Timberlake’s career, comparing it to lead paint and smoking on airplanes:

It restores our faith in the notion that, as a society, we can abandon bad ideas. We can stop decorating our homes with lead paint. We can stop smoking cigarettes on airplanes. We can, in fact, stop ‘the feeling’ and say goodbye to a pop superstar, which really isn’t much, but in these senseless times, somehow feels like some kind of start.

On Monday night's All Things Considered, NPR co-host Ailsa Chang said the Dodge Ram ad "left many people [liberals] confused, even angry." Chang turned to Martin Luther King biographer David Garrow, who not only hammered at how advertisers are at odds with King’s sermons, but suggested King’s words are somehow not widely available:

DAVID GARROW: authors and writers who nowadays want to use King's words in scholarly books are fearful of the [King] estate coming after them. And that's really the most important thing to stress here, Ailsa -- is not Dodge's buying the rights to the excerpts of this sermon but the fact that the estate's behavior again and again serves to diminish and restrict the extent to which people can use and hear King's own words.

AILSA CHANG: But if there are such severe restrictions on the use of his words, is hearing Dr. King through an ad still better than not hearing his words at all?

GARROW: I think it's crucial for people to hear King unedited, unselected, to hear at least a few minutes' worth of a sermon like that "Drum Major Instinct" one, not just a few seconds edited down as part of a pickup truck commercial.

But a quick search of YouTube shows it’s very easy to listen to King’s “Drum Major Instinct” sermon at any time. This passage was in danger of getting a ribbon for Fake News.

PS: National Public Radio could not find any time for a David Garrow interview when he wrote a controversial and very long book about Barack Obama called Rising Star.