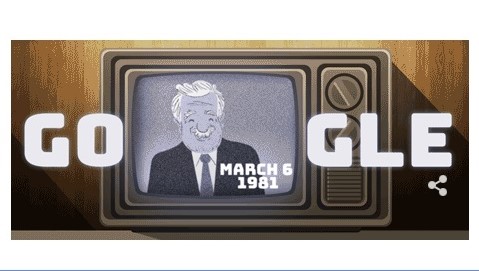 For the full CBS myth, turn to C-NET, with the headline "Legendary newsman is remembered for objective reporting on the Vietnam War, JFK's assassination and the Apollo 11 moon landing." Objective? That's what Steven Musil claimed:

Known as "the most trusted man in America," Walter Cronkite was a legendary broadcast journalist many turned to for decades to get the latest news on World War II, Watergate and the Vietnam War, among other things. In honor of the 100th anniversary of his birth Friday, Google created an animated Doodle highlighting some key moments in his career, including his memorable reports on the assassination of President John Kennedy and the Apollo 11 moon landing.

Cronkite, who reported for CBS from 1950 until his retirement in 1981, is remembered for embodying a reporting approach based in objectivity, accuracy, fairness and integrity. He was also an outspoken advocate for respecting the standards of responsible journalism.

At least at the bottom, Musil disclosed he was engaged in corporate messaging: "(Disclosure: CBS is the parent company of CBS Interactive, the publisher of CNET.)"

Cronkite retired in 1981, and the MRC was founded in 1987, but a quick look at our collection of Cronkite quotes shows how much Cronkite is in liberal lockstep with today's media. Brent Bozell noted how Douglas Brinkley's Cronkite biography took some shine off the legend:

Brinkley’s book unveiled the so-called “most trusted man in America” had secretly bugged a committee room at the 1952 Republican convention in Chicago. This, from the man who found the Watergate bugging to be horrific on the level of a constitutional crisis? Kurtz bluntly called it “a stunt of questionable legality that should have disqualified him from ever holding his subsequent powerful position of public trust.” 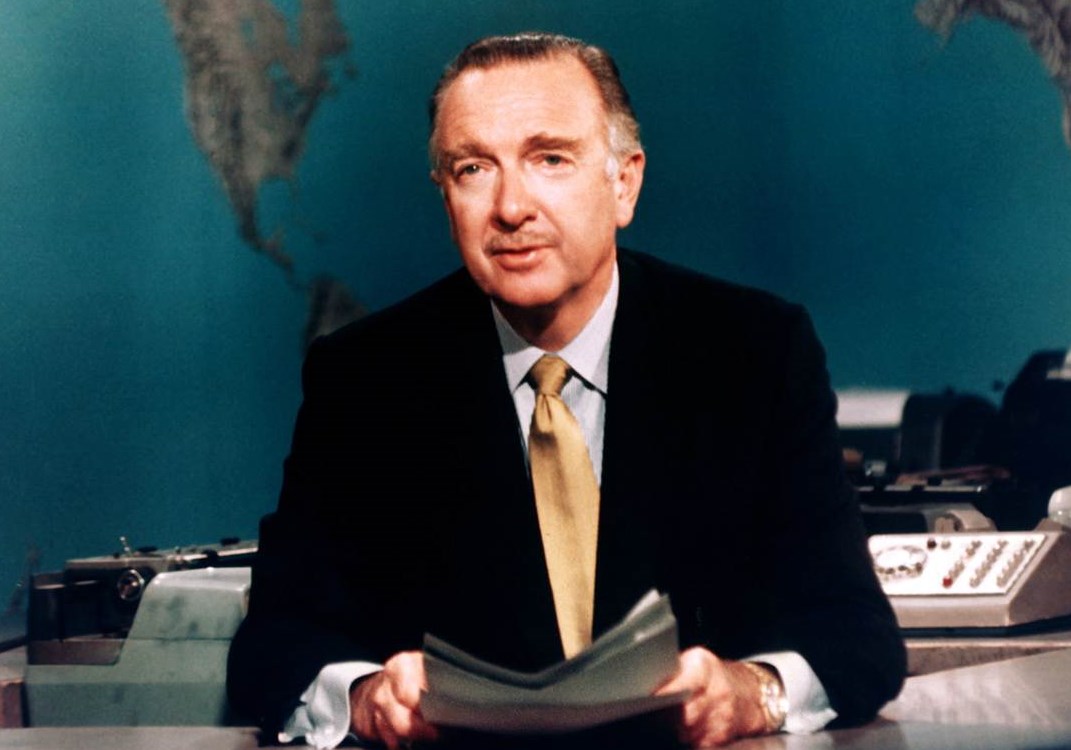 Few Barry Goldwater backers forget 1964, when Cronkite repeatedly smeared the GOP nominee. When Goldwater accepted an invitation to visit a U.S. Army facility in Germany, CBS hack Daniel Schorr said he was launching his campaign in “the center of Germany’s right wing.” Kurtz recalled that on the day of JFK’s assassination the year before, Cronkite nodded his head in thinly veiled contempt when handed a note on air that Goldwater said “no comment.” Never mind that Goldwater was attending his mother-in-law’s funeral that day.

In 1968, Cronkite met privately with Robert Kennedy in his Senate office. “You must announce your intention to run against Johnson, to show people there will be a way out of this terrible war,” said The Most Trusted Man in America. Soon afterward, Cronkite was awarded an exclusive interview in which Kennedy left the door open for a possible run—the very candidacy “Uncle Walter” urged him to undertake.

Kurtz concluded: “I am shaking my head at the spectacle of a network anchor secretly urging a politician to mount a White House campaign—and then interviewing him about that very question. This was duplicitous, a major breach of trust.”

Don't remember the legend -- Cronkite was more like Dan Rather than CBS and the media elite want you to think.