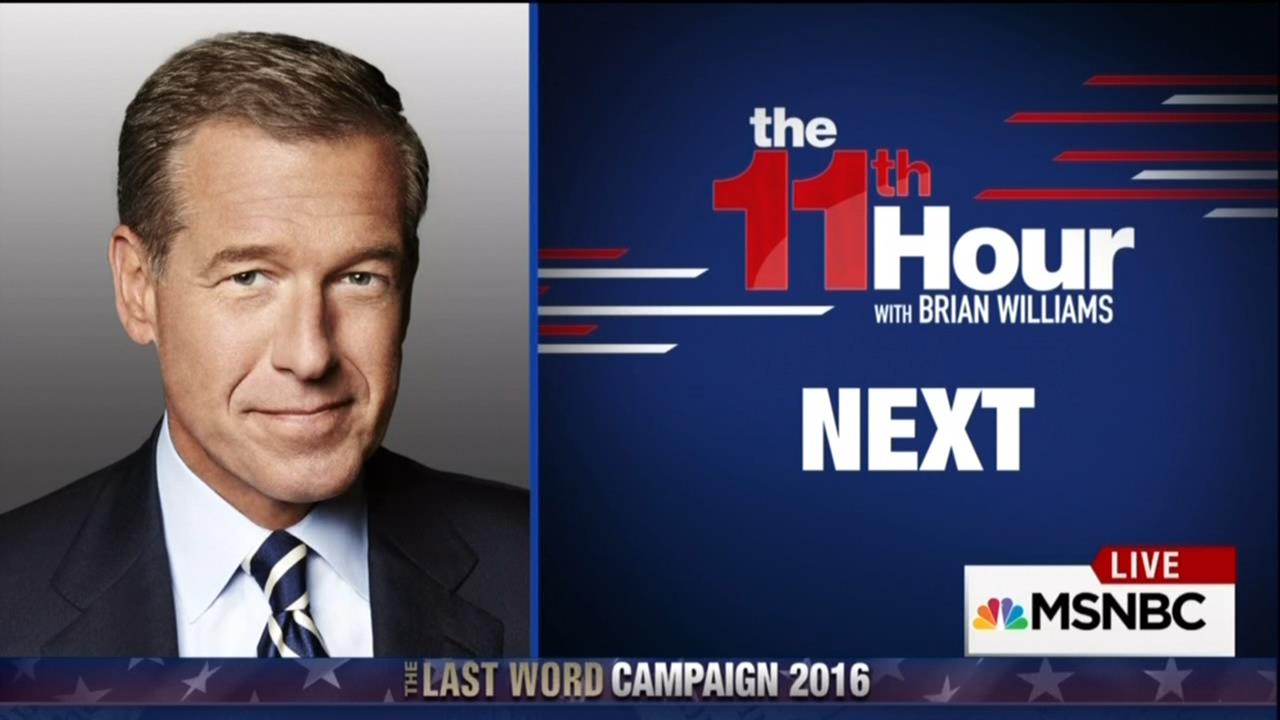 Washington Post media blogger Erik Wemple grabbed a quick interview with NBC News president Andrew Lack at the first presidential debate at Hofstra University. Lack predictably talked up Brian Williams and his new show The 11th Hour as "off to a nice start." Actually, Williams is losing in the key 25-54 demo to CNN's Don Lemon: CNN drew 293,000 viewers to MSNBC's 235,000 viewers in that first half-hour at 11 pm. Worse yet, both CNN and MSNBC are trounced by an O'Reilly Factor rerun on Fox, which averaged 367,000 viewers in that time slot.

But Lack tried to claim the serial-exaggeration scandal that forced Williams out of his NBC Nightly News anchor chair last year was already "ancient history," as far as he was concerned.

As he prepared to return to work as a breaking news anchor on MSNBC, Williams sat for an interview with NBC News’s Matt Lauer, but he did not individually address all the episodes on his besmirched record. “I would like to take this opportunity to say that what has happened in the past has been identified and torn apart by me and has been fixed, has been dealt with,” said Williams, who lost his job as anchor of NBC Nightly News.

Monday, Lack sounded a note of accord. When asked whether Williams had left behind some unfinished business in that Lauer interview, Lack responded, “Ancient history to me.”

Williams didn’t do a single interview to hype the debut, counter to custom in the cable-news business. Instead of hopping on the phone with media reporters, he released a statement saying, in part, “We want a broadcast that will feel like a continuation of the conversation we’ve had all during this unprecedented campaign season. As the general election ramps up, there’s an opportunity to assess and discuss the campaign at the end of each day.”

The shyness has shielded Williams from having to confront again his scandal of 2015. 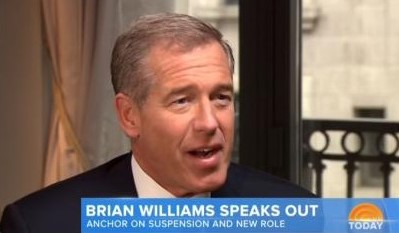 The blog Inside Cable News disagreed with Lack's "ancient history" spin, criticizing NBC because "It chose to bury the story rather than do what CBS did with the Thornburgh report which did a complete and very public number on Rathergate. The Lauer interview only compounded things."

As our Kyle Drennen reported last year, Williams wasn't exactly coming clean to Lauer. “I told the story correctly for years before I told it incorrectly. I was not trying to mislead people. That, to me, is a huge difference here.”

Lauer pushed back: “But wait a second, you say, ‘I was not trying to mislead people,’ but I need to make sure we understand each other here. Did you know when you went on Nightly News that you were telling a story that was not true?” Again, Williams denied intentional dishonesty: “No. I – it came from a bad place. It came from a sloppy choice of words. I told stories that were not true over the years, looking back. It is very clear. I never intended to. It got mixed up. It got turned around in my mind.”

He then added "this was clearly ego-driven, a desire to better my role in a story I was already in.”

This "ancient history" spin from NBC is a also a little strange coming from a network whose newscast is still broadcasting  hyperbole about "Bridgegate Bombshells."