Lester Holt, 'Registered Republican'? Not at the Office 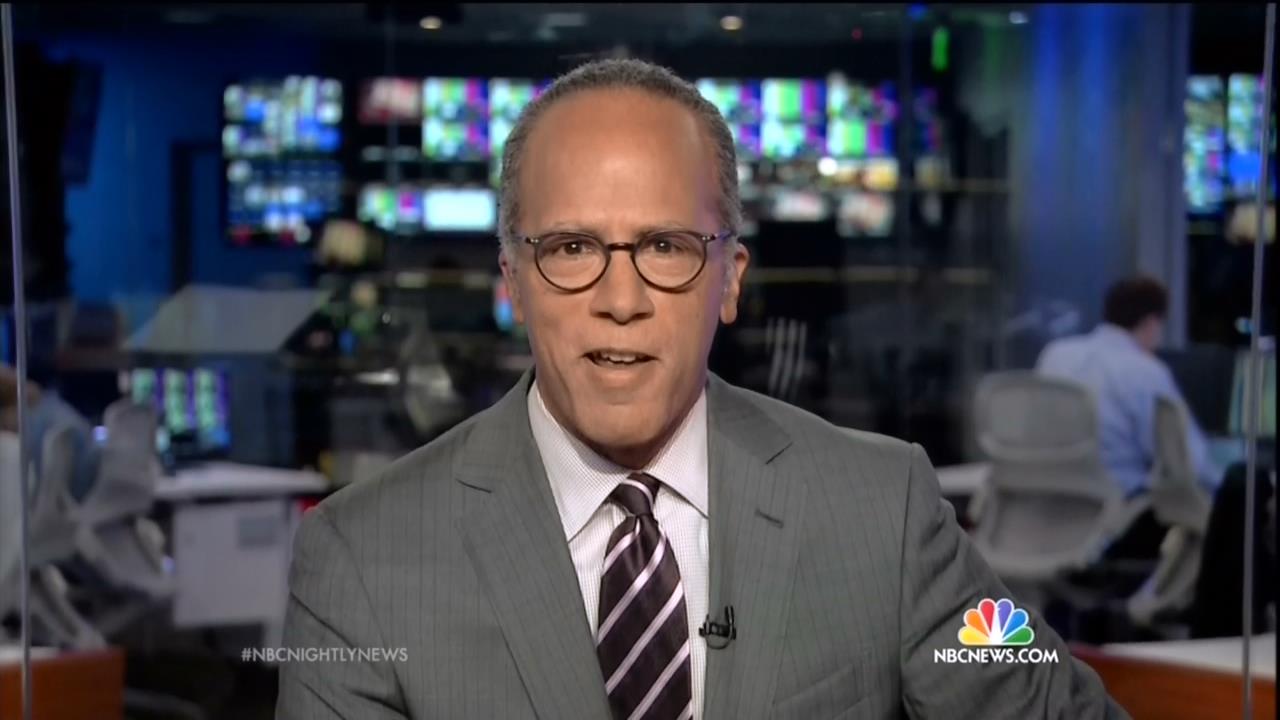 The Washington Post and Time magazine are trying to play up the fact that debate moderator Lester Holt is a registered Republican – as if this means anything about his performance. Registering only gives you the right to vote as a Republican. It doesn’t mean that you actually do. It could just be a public-relations ploy.

As Post reporter Chris Cillizza roasted Trump for claiming NBC is a nest of Democrats, I’m old enough to remember this old nugget about the “registered Republicans” at The Washington Post. From the November 1990 issue of our MRC newsletter MediaWatch:

Washington's City Paper recently investigated the voter registration records of top editors, columnists and reporters of The Washington Post. Only one was registered as a Republican: [sports] columnist Tony Kornheiser, who quickly explained that he and his wife split in party registration so they would get campaign literature from both sides.

Donald Trump has spent the weeks leading up to the general election debates predicting unfair treatment by the moderators. He says the media using criticism of Matt Lauer's performance during a candidates forum this month to pressure the moderators into attack mode.

"They're hitting Matt Lauer, and that's sort of indicative of what they're — they're trying to game the system," Trump told Fox News last weekend. "They want — and this, I think, is terrible — they want the hosts to go after Trump. And that's what they're doing by gaming the system."

Conspiratorial as Trump's theory is, it can't be disproven....

Conspiratorial? Has Cillizza looked at his TV since the Matt Lauer forum? The amount of “gaming” by the Democrats has been intense, even on the morning of the debate. He continued:

....But the shot he took at Holt can be. "Lester is a Democrat," Trump told Bill O'Reilly last week. "It’s a phony system. They are all Democrats. It’s a very unfair system."

Time magazine checked the voter rolls in New York, and it turns out Holt is actually a registered Republican. Trump still might find things to complain about Monday night, but a case for partisan bias against him will be tough to make.

If Holt had acted like a "registered Republican" on the air, he'd have never made it to the anchor desk. We refer you to Geoffrey Dickens for a list of Holt's most liberal moments.

Time magazine’s Zeke Miller, in reporting Holt’s registration, insisted “The NBC newsman, regarded by both parties as a straight shooter, is set to moderate the first debate on Sept. 26.” But he added:

Fox News anchor Chris Wallace, who is set to moderate the third debate, is a longtime registered Democrat, which he has explained as a matter of pragmatism as a resident of Democrat-dominated Washington, D.C. Public records searches for the remaining debate moderators returned no partisan affiliation.

Liberals would not suggest that "a case for partisan bias against Chris Wallace will be tough to make" based on his voter registration.