Media In Denial! Media 'Doesn't Exist,' Calling Us 'Media' Is 'Lazy and Unfair'

Washington Post media reporter Paul Farhi wrote a very strange article headlined "Dear readers: Please stop calling us ‘the media.’ There is no such thing." The headline in the paper was "What's wrong with the media? For starters, it doesn't exist."

Low poll ratings and complaints from both parties have caused Farhi to suggest the media is some sort of phantom menace. It's "lazy and unfair" to lament the media:

Yes, in some sense, we are the media. But not in the blunt way you use the phrase. It’s so imprecise and generic that it has lost any meaning. It’s — how would you put this? — lazy and unfair.

As I understand your use of this term, “the media” is essentially shorthand for anything you read, saw or heard today that you disagreed with or didn’t like. At any given moment, “the media” is biased against your candidate, your issue, your very way of life.

But, you know, the media isn’t really doing that. Some article, some news report, some guy spouting off on a CNN panel or at CrankyCrackpot.com might be. But none of those things singularly are really the media.
Fact is, there really is no such thing as “the media.” It’s an invention, a tool, an all-purpose smear by people who can’t be bothered to make distinctions.

Over the years, I've heard a number of talk-radio hosts describe themselves as part of the media. Usually, "media" stands for "news media," starting with the media outlets that have outsized national influence -- like The Washington Post. You can't make your critics go away by claiming there is no such thing as media-driven conventional wisdom, a groupthink: 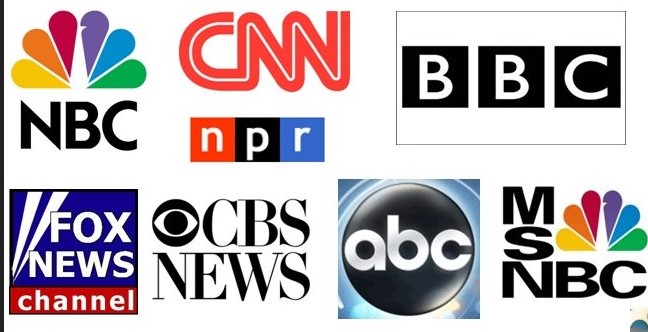 Those who work in the media don’t gather in our huddle rooms each morning and light up the teleconference lines with plots to nettle and unsettle you. There is no media in the sense of a conspiracy to tilt perception.

Instead, we are tens of thousands of people making millions of individual decisions about how we perceive the world and how to characterize it. We all don’t agree on how to frame a candidate, an issue or last night’s ballgame.

So even if something on Fox News alarmed or infuriated you, Fox isn’t “the media.” Nor is NBC or MSNBC. Nor The Washington Post, the New York Post, the Denver Post or the Saturday Evening Post.

Lumping these disparate entities under the same single bland label is like describing the denizens of the ocean as “the fish.” It’s true, but effectively meaningless.

In other words, it's like calling all the members of Congress "politicians." That's true, but somehow meaningless? Reporters love to say Congress is unpopular, but when you point out that they are unpopular, Farhi and his colleagues in the Meaningless Designation protest that people really like them more than they say:

I suspect that people don’t really dislike us as much as they say they do. Much of what we produce is consumed gratefully, or at least without objection — breaking news stories, investigative journalism, “human interest” features, news from up the street and around the world. People actually like and trust the news sources that they’ve selected for themselves, which is why they keep coming back to them day after day. Survey respondents just don’t acknowledge this when asked about the shapeless abstraction known as “the news media.”

It's also lame, apparently, to complain the media has a liberal tilt of some sort:

And yes, many people tell us “the media” is liberally biased. I suppose it would seem that way since conservative politicians and their supporters have been saying it for decades. Surely, some stories do display a tendency to favor the liberal position. But these are anecdotes. And like all anecdotal “evidence,” they are subject to confirmation bias — the tendency to look for things that reinforce one’s worldview, thus creating a perpetual-motion machine of self-righteousness.

In aggregate, however, liberal and conservative biases in reporting appear to cancel each other out, according to a 2012 “meta-analysis” (a study of studies) of media-bias research. Researcher David W. D’Alessio examined 99 studies of presidential-election reporting from 1948 to 2008. His conclusion? Left-leaning reporting was balanced by reporting more favorable to conservatives. A tie, in other words.

Of course, in describing his work, D'Alessio sounds awfully biased against bias-busters: "Accusations of partisan bias in Presidential election coverage are suspect at best and self-serving at worst."