Snopes.com was checking out a story the liberal media doesn’t want to touch: “Hanan al-Hroub, whose husband was jailed for providing chemicals used in making bombs that killed Israelis, was invited to speak at a Clinton Global Initiative dinner.” Ruling: True.

So the liberal media thrills at any chance to associate Donald Trump with David Duke, but it can’t possibly find the newsworthiness in the Clinton Foundation honoring the wife of a terrorist bomb-maker. A Nexis search finds nothing in network or cable news, and nothing in the nation's most prestigious newspapers -- save one.

Only The Wall Street Journal has touched the story. James V. Grimaldi reported on Tuesday morning: 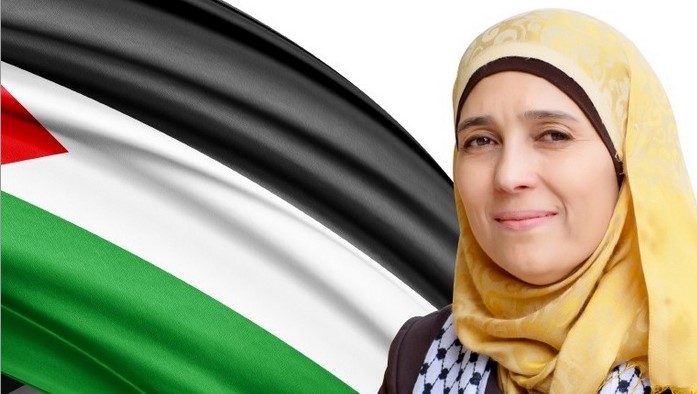 A Palestinian teacher scheduled to speak at a Clinton Global Initiative dinner on Tuesday is attracting criticism from the Republican Party because the woman’s husband is a Palestinian official who was convicted of participating in a terror attack that killed six Israelis in 1980.

The Republican National Committee said featuring the teacher, Hanan al-Hroub, at the last Clinton Global Initiative event was insensitive particularly as New York law enforcement is investigating a New Jersey man for planting bombs in the region. Ms. al-Hroub’s husband, Omar, served 10 years in an Israeli prison for his role in the bombing.

“In the wake of this weekend’s attacks, granting a platform to the spouse of a terrorist bomb-maker just miles away from where explosives were detonated days ago is an insult to the victims and makes a mockery of the Clinton Foundation” said Raj Shah, ​deputy ​communications director of the Republican National Committee.

When asked for comment, spokesmen for Bill Clinton and the Clinton Foundation issued a statement from Hollywood entertainment mogul Haim Saban, chairman of Univision and a major Clinton Foundation donor. “Hanan al-Hroub is a beacon of hope in a part of the world that is very dear to me and in desperate need of more hope,”  Saban said. “I only wish more people honored her and the cause that she embodies.”

Grimaldi added more detail that should induce other journalists to report on it:

Ms. al-Hroub won the $1 million Global Teacher Prize this year from the Varkey Foundation, which has given the Clinton Foundation between $1 million and $5 million. The Varkey Foundation is the charitable arm of GEMS Education, a global for-profit K-12 education company that has paid Bill Clinton about $6.2 million since 2010 for consulting work, according to the tax returns released by the campaign of Hillary Clinton, the Democratic nominee for president.

Omar al-Hroub was convicted on charges that he was an accomplice in a deadly bombing attack in Hebron that killed Israelis walking home from Friday night Sabbath prayers. According to an Associated Press account at the time, Omar al-Hroub was a chemist who provided chemicals needed for making the bombs.

Mr. al-Hroub is now reported to be a senior Palestinian official who is close to President Mahmoud Abbas and “believes in his peaceful approach.”