It’s uncommon to go back into the past to study how liberal media inaccuracy and bias distorted the political process. Former Bush lawyer C. Boyden Gray and his co-author Elise Passamani wrote an eye-opening article for The American Conservative magazine that explores just how all the networks told voters in Florida on Election Night 2000 their polls were closing when they were not. "It is a story of voter suppression." A summary appeared in The Washington Examiner: 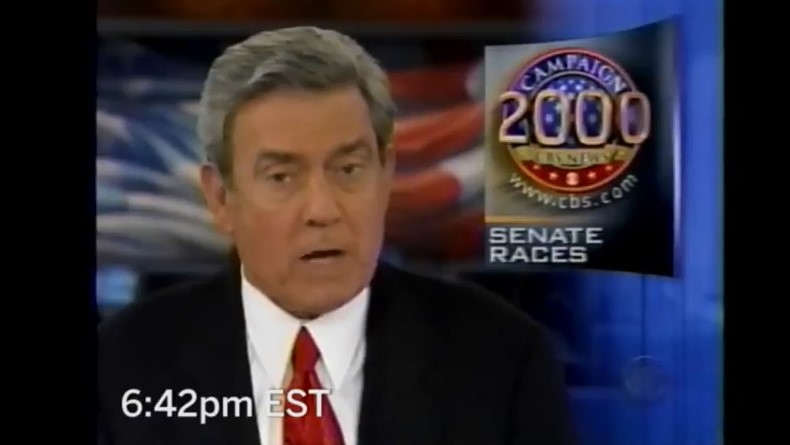 On November 7, 2000, during the final hour and a half of voting in Florida's most conservative region, the Panhandle, 13 national television journalists, representing all six major outlets, asserted a total of 39 times that the polls in that region closed an hour earlier than they really did.

Not once did anyone on ABC, CBS, CNN, Fox News Channel, NBC, or MSNBC inform the audience that Florida has two time zones and two poll closing times. They hammered away that there was only one poll-closing time throughout the entire state of Florida: 7 p.m. Eastern. The polls in the ten westernmost Panhandle counties—all heavily Republican—were actually open until 8 p.m. Eastern.

Hearing these announcements, viewers in the Panhandle would have understood that their own polls closed at 6 p.m. local time. The effect was to shut down voting in those ten Panhandle counties during the final hour. Sworn testimony from Panhandle poll workers confirms that this is exactly what happened. Given that 357,808 votes were cast that day in those ten counties, thousands were surely disenfranchised, the vast majority of them Republicans. Adding those votes (around 11,000) to Bush's statewide tally would have ended the conversation about who actually won the state very early on. Without the media's intrusion into the voting in the Panhandle, it is likely that there never would have been a 36-day Florida recount, or for that matter, a Bush v. Gore.

An interview that I did with the Examiner's Eddie Scarry is also featured on that page. They made two videos to illustrate the misinformation (using our Media Research Center news archive). Here's just Dan Rather rather obsessively insisting inaccurately that the polls were closed in Florida.

This is a perfect pairing to the repetitive bias that Rather unleased in live Sunday night coverage weeks later when Florida Secretary of State Katherine Harris certified that George W. Bush had won the state. As I wrote at the time: "Dan Rather identified Harris as a Republican at least six times, and questioned the finality of her finding at least ten times." This is how he welcomed viewers in: "Nineteen days after the presidential election, Florida's Republican Secretary of State is about to announce the winner -- as she sees it and she decrees it -- of the state's potentially decisive 25 electoral votes."

Then there's a video of the other network proclamations of inaccuracy:

Gray and Passamani interviewed poll workers in Escambia County who testified that voter turnout in the last hour of Election 2000 was far lower than normal. But the networks didn't want to take the blame. They blamed the Voter News Service, the consortium they formed, which they held responsible for telling them what times the polls closed. How lame is that buck-passing?

When Congress held hearings in February 2001, the networks were dismissive. Especially Dan Rather, who gave it just 29 seconds buried deep in the newscast. He avoided any network wrongdoing as he delivered a brief, but pompous lecture: the "executives said the errors were not intentional, not politically motivated and...made clear the belief that under the First Amendment, it is not the role of Congress to investigate news organizations."