WashPost Columnist Calling for a Shutdown of Conservative Talk Radio?

When former Bush chief speechwriter Michael Gerson wrote a column for The Washington Post headlined “Cancel this reality show,” it sounded like just another anti-Trump column. Or is Gerson calling for a shutdown of conservative talk radio?

It's understandable that establishment Republicans would despise the dynamic of conservative radio talkers trying to yank party leaders to the right. But shutting them down? Does that sound like reasonable moderation? Here's how Gerson wraps up: 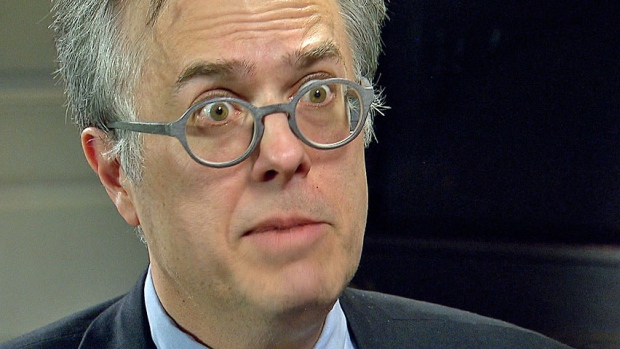 In this election, we have seen something remarkable. A candidate who reflects the views and values of conservative media was able — with a plurality and a fractured field — to seize the presidential nomination of the Republican Party. But the political universe of conservative talk radio does not constitute anything close to a majority of voters in the general election. In fact, this cartoon version of conservatism tends to alienate key groups of voters, including minorities, Republican women and the college-educated.

Much (not all, but much) of the new conservative establishment feeds outrage as its source of revenue and relevance. It is a model that has been good for Limbaugh and Fox News but bad for the GOP. Republicans are now caught in a complicated electoral dynamic. What their base, incited by conservative media, is demanding, the country is rejecting. A choice and a conflict are becoming unavoidable. Trump’s angry nativism — newly restated in Arizona with a few twists — is a talk-radio shtick, correctly viewed by most of the electorate as impractical and cruel. It is less a proposal than an offensive, unhealthy form of ideological entertainment. And this show needs to close.

Not everyone in conservative talk radio has favored Donald Trump. Some were Ted Cruz backers, for example. But Gerson is getting out in front of what may soon become the recriminations after a Trump defeat. Already there are even conservatives that are lamenting that conservative media are ruining Republican electoral prospects, noting that since Fox News debuted in 1996, Republican presidential candidates other than George W. Bush have lost. But all of those losing nominees (Dole, McCain, Romney) were establishment Republicans, not darlings of the conservative media.

Gerson's argument -- one that should be mulled over -- is that conservative media's business model relies on regularly trashing whoever is leading the Republican Party as worthless and weak:

The market imperatives of conservative media institutions have nothing — absolutely nothing — to do with the health of conservatism, the success of the Republican Party, the election of a Republican president or solving serious national problems through principled compromise. To the contrary, conservative media outlets are incentivized to promote anger and discord, and to beat the hell out of mainstream Republicans. Some resist this incentive structure; most do not.

One can certainly accuse conservative media of going soft on Donald Trump, a man with a blatantly liberal background in "New York values" that made Gov. Mitt Romney look like a rock-ribbed Reaganite in Massachusetts. But let's also pay attention to the messenger (censor?) in this case.

Michael Gerson has his own "market imperatives" as a columnist for the liberal Washington Post and as a semi-regular stand-in for David Brooks as the pseudo-conservative analyst on the liberal PBS NewsHour. Their incentives suggest a regular disdain for the "far right" ruining the well, statist quo. They profess to value civility, but attack conservatives in the harshest terms. They even imply shutting down their institutions.