“It's important to say right up front that this isn't a story about pedophile priests,” began the NPR reporter on Wednesday night....in a story with the online headline “Catholic Church Groups Fight Bills To Revive Old Sex Abuse Cases.”

Legislators have tried to pass retroactive windows to allow a so-called “grace period” for old sexual-assault allegations. Brian Mann reported New York state Sen. Brad Hoylman, a Democrat, “wanted to open a one-year window -- a kind of grace period -- so that [alleged] victims who've waited too long can get a second chance to sue in civil court. New York's Catholic bishops hate this idea and spent more than $2 million lobbying to block the measure.”

The people who call their show All Things Considered didn’t consider this: what if a priest is unjustly accused? Does that ever happen? Just this week, a federal judge in St. Louis ruled for an accused priest named Xiu Hui Jiang in a defamation case against the Survivors Network of those Abused by Priests (SNAP). District Court judge Carol Jackson ruled that SNAP defendants conspired “to obtain plaintiff’s conviction on sexual abuse charges” and that it was because of “discriminatory animus against plaintiff based on his religion, religious vocation, race, and national origin.” 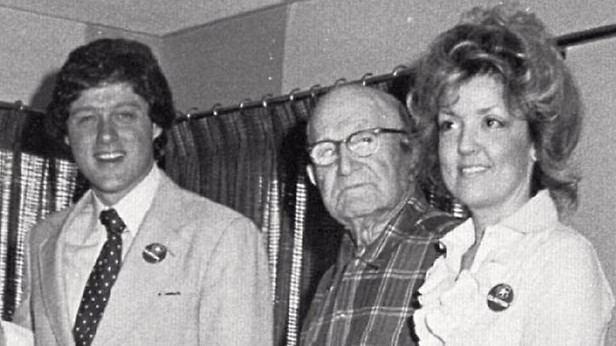 And try this idea: Can we open the statute of limitations on rape allegations for Juanita Broaddrick to sue Bill Clinton? Would that seem fair?

On May 24 of this year, All Things Considered hammered the Trump campaign for suggesting the Clintons were cruel to Broaddrick. That was “nasty” mudslinging in an Instagram video, according to Mara Liasson:

MARA LIASSON: If there was any doubt that the 2016 election would be nasty, it was gone by this week when Donald Trump uploaded an Instagram video with a picture of Bill Clinton chomping a cigar and a voiceover from a woman who, in the '90s, accused Clinton of assaulting her in 1978.
UNIDENTIFIED WOMAN: It was an assault.
JUANITA BROADDRICK: He starts to bite on my top lip, and I try to pull away from him.
HILLARY CLINTON: (Laughter).
MARA LIASSON: The wicked-witch laughter is Hillary Clinton from a completely unrelated event. Then there's a caption - quote, "is Hillary really protecting women?" Trump's been pushing this line of attack all year. Here's what he said at a campaign event in Washington state.
DONALD TRUMP: She's married to a man who hurt many women. And Hillary, if you look and see - you study, Hillary hurt many women, the women that he abused.
MARA LIASSON: Trump has yet to produce any evidence of exactly how Hillary hurt those women. The Clinton campaign says it's confident the attacks from Trump won't hurt. They're old news, her advisers say.

So with the Clintons, sexual assault allegations are always “old news” and evidence-challenged. Liasson even ended the story with more editorializing, that for Trump, “maybe there's no strategy, just a visceral, almost feral instinct for the weaknesses of his opponent.”

Speaking of feral instincts, the Catholic Church is presumed guilty on every allegation. Fighting the charges is seen as an admission of guilt. Not a sliver of doubt about the accuser is allowed in stories like this. Words like “alleged” – words that NPR would employ for Muslim terrorists – are absent:

BRIAN MANN: Laws making it easier to prosecute pedophiles [or alleged pedophiles?]  and opening retroactive windows for civil lawsuits have passed in other states, including California, Hawaii and Minnesota. Poust says in those places, Catholic organizations faced hundreds of millions of dollars in new claims.
POUST, New York Catholic Conference: Plaintiff's attorneys have been teeing these cases up for many years and are more than willing to harm today's Catholics who had nothing to do with the abuse of the past.
MANN: New York isn't the only state where Catholic leaders are pushing back. Pennsylvania's legislature debated a similar measure this year, so the Archdiocese of Philadelphia distributed fliers during church services targeting Catholic lawmakers who support extending the statute of limitations. Republican Representative Nick Miccarelli says the church tried to shame him.
NICK MICCARELLI: This came from the archdiocese, and the priests were kind of sent out to do the dirty work.

This is the kind of accusation that NPR producers adore. “Priests were sent out to do the dirty work!” Everyone get out their DVD of Spotlight and applaud your own courage! Unless the accused is Bill Clinton, or another Democrat. Then it’s mudslinging. No one makes a movie about courageous Clinton-probing journalists.

MANN: This debate feels raw, in part because these crimes [not alleged crimes], while often decades old, are still coming to light. Last March, a Pennsylvania grand jury released a new report describing rape and sexual violence [allegations?] oft hundreds of children by more than 50 priests in one diocese, Altoona-Johnstown. Democrat Frank Burns represents that community in the state House.
FRANK BURNS: I'm a Catholic, but when that grand jury report came out, it devastated our community. And there are still people trying to silence the [alleged?] victims right now.
MANN: A spokesperson for the Archdiocese of Philadelphia sent a letter to NPR saying there's nothing wrong with priests sharing information about how Catholic lawmakers vote. Their lobbying efforts have been effective. The bill expanding the statute of limitations for sex crimes against children died this summer in New York's legislature. A similar measure stalled in Pennsylvania's state Senate.

There are millions of Catholics in America who are revolted by any priest who would abuse a child. They should be removed from ministry. But they also believe that the legal system operates on a presumption of innocence, even if NPR refuses to bow to that principle when it comes to religious faiths other than Islam.