'NBC OUT' Promotes More Transgender Propaganda All Across TV

By creating an "NBC OUT" initiative, NBC News is getting even bolder in just presenting one-sided LGBT propaganda from groups like the Gay and Lesbian Alliance Against Defamation (GLAAD). On Thursday, they posted an article from Variety headlined “Transgender Representation on TV Hitting New Highs.” But as usual, they found a terrible shortage of transgender characters on our television screens.

In its report on the 2015-16 television season, GLAAD found that out of the 71 regular and recurring LGBT characters in scripted broadcast, cable and streaming programs, only seven were counted as transgender, and only one a transgender man. As historic as Cox's upcoming role on CBS may be, it's just as much a reminder of how underrepresented and invisible the transgender community has historically been in television. 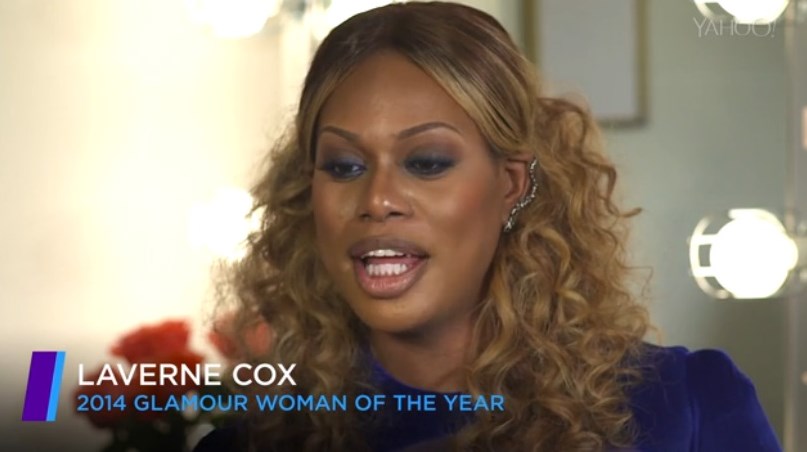 Next year, Laverne Cox will play an Ivy League-educated lawyer in the new CBS series Doubt, making her the first transgender actor to play a transgender series regular character on broadcast TV. The article claimed “It's a looming historic moment for television, and one in a series of recent turning points that indicates change and acceptance for the transgender community.” But it's never enough for GLAAD: "We still have a long way to go," declared Nick Adams, GLAAD's director of programs and transgender media.

The hope is that eventually transgender roles won't have to be scrutinized -- that there will be so many fully formed characters that being transgender will become a non-issue....

But while transgender roles in scripted television sometimes struggle to get beyond exposition dumps and dramatic reveals, unscripted shows have been a haven for giving voice and depth to transgender lives. Not to say every unscripted show is inclusive -- popular reality shows like Survivor and The Amazing Race have never included an openly transgender contestant. But shows like Jenner's I Am Cait, or the similarly titled I Am Jazz, about transgender teen Jazz Jennings, help normalize the transgender experience. Unlike the dramatized and fictionalized depictions of trans lives in scripted television, Jennings says the TLC show has allowed her to "not only continue to live [her] life authentically, but to share that authenticity with other people."

That's where the propaganda is especially thick -- that people denying their biological gender are only now at their most "authentic." As usual, the only way that a conservative or critical voice is allowed is as a cardboard figure of hate, as a philosophy which only leads to suicides:

She also posts on social media and her YouTube channel, which she says exposes her to the hatred that many people still feel toward the transgender community. [Hatred that is apparent in recently national controversy over multiple states' anti-transgender bathroom bills.] But other times the feedback is inspiring.

"People say that I've been able to not only change their lives, but save their lives," Jennings says. "They wouldn't be alive if it wasn't for my message."