The TV networks are heavily promoting the word “historic” in Hillary Clinton’s presumptive-nominee status – and “historic” is correct. This surely is a first. But in all of that hype, Clinton critics pick up a heavy whiff of suggestion – “but to make it truly historic, you have to elect her.”’

“Historic” can be a factual adjective, but in the hands of the networks, it often carries a highly positive ring, often attached to liberal victories. By contrast, consider the historic nature of Mitt Romney’s nomination in 2012. On May 29 of that year, Washington Post reporters Sandhya Somashekar and Jason Horowitz reported Romney was the first Mormon major-party nominee: 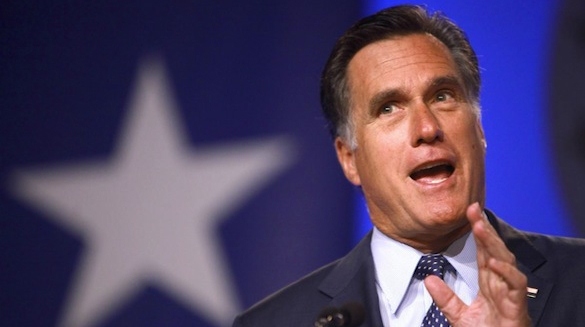 The achievement comes four years after a spate of firsts, culminating with the election of the first African American president. This one has been greeted with little fanfare. And that is just how Romney and the Church of Jesus Christ of Latter-day Saints want it.

But whether they want to call attention to it or not, Romney’s achievement is historic....

“If you look at it in a historical perspective, it’s absolutely incredible,” said Richard Lyman Bushman, a leading Mormon scholar and longtime acquaintance of Romney’s. “A century-and-a-half ago, Mormons were detested as a people as well as a religion. They were thought to be primitive and crude. And now to have someone overcome all the lingering prejudice, that’s a milestone.”

So how did the TV network news programs cover this “historic milestone”? Most didn’t. In a Nexis search for “Romney” and “historic”  from Sunday, May 27 through Sunday, June 3, there was no mention of this fact on ABC, CBS, NBC, PBS or the (searchable) transcripts of MSNBC and Fox News.

CNN was the TV exception, noting the distinction at least five times on May 29 and 30. But if usually came with a Trump twist:

On Tuesday’s Situation Room, Wolf Blitzer announced: “By the way, check out the Trump jet right behind him. There he is as he's walking down the stairs. Tonight, Romney is expected to clinch the Republican nomination and become the first Mormon presidential nominee ever in the United States. That milestone though may be overshadowed at least on this day by Donald Trump and his ongoing support for the so-called birther movement.”

The next morning on Early Start, Paul Steinhauser repeated that formula: “Mitt Romney just made history last night. He's become the first Mormon to clinch the nomination of a major party. That is a very big deal. But, of course, we're not talking about that Donald Trump and we're talking about Donald Trump and the birther issue. That is a huge distraction for Mitt Romney.”

On Wednesday, Blitzer had a rerun: “So, history was made yesterday. The Americans should be proud of that diversity, that history. Obviously, it's something we could all -- we can all admire. And that's why it was surprising to me that this whole so-called birther issue was coming back on this -- on this specific day.”

Blitzer did leave Trump out in a question to Rep. Jason Chaffetz of Utah:

BLITZER: The first time in our history, a Mormon will be the nominee of a major presidential party. A lot of us remember when John F. Kennedy was the first Catholic to be the candidate of a major party, the Democrats, became president in 1961, four years ago, the first African-American. You're a Mormon. Tell us how you saw -- you know when you felt tangibly and you were with Mitt Romney yesterday that a Mormon would be the presidential nominee?

NPR’s newscasts ignored it, but the now-defunct talk show Talk of the Nation chatted about it with then-political editor Ken Rudin, and they, too, used the Trump-ruined-the-moment formula.

Other "historic" moments were noted. On May 28, Fox’s Doug McKelway reported “On this Memorial Day, word that the newest veterans are filing for disability benefits at a historic rate.” On June 3, Fox News Sunday host Chris Wallace explained “Mount Vernon is the most popular historic home in the U.S. with more than one million visitors a year.” On June 3, CBS hailed the “historic” 60th anniversary of Queen Elizabeth’s reign in England.

On the May 30 PBS NewsHour, Politico’s Ken Vogel was still talking about the Democrat: “President Obama has discouraged this type of outside spending in the past, most recently in 2008, when frankly he didn't really need the help. He was on a historic fund-raising clip and he told people don't give this money.”

On the night of the victory, MSNBC’s Rachel Maddow cited Romney’s “historic” win, but never his religion. She was winding up for a campaign-finance sermon:

MADDOW: This is the sort of readily evident milestone you can see coming from a long way off. And so, given they knew this was going to happen, how did the Romney campaign plan for it. How did they plan to mark this big day? How did they plan to claim this historic win that locked up the nomination for their candidate?

They arranged for him to be in Las Vegas for some reason. Romney was in Las Vegas today, meeting with Sheldon Adelson, the Las Vegas casino mogul, the world's 14th richest man and the person who has given more money this campaign cycle than anybody else in American politics.

On the next night, Lawrence O’Donnell located history: “25 years ago today, Democratic Congressman from Massachusetts Barney Frank chose to publicly reveal that he is gay. On that historic day, he became the first member of Congress to voluntarily make such a revelation.”

Not even Melissa Harris-Perry, the biracial MSNBC host with the white Mormon background on her mother’s side, mentioned the “historic” Mormon milestone during the selected time frame.