Update: Couric Takes Responsibility for Inaccurate Edit in 'Under the Gun' Film

CNN's Brian Stelter reported early this morning that Yahoo News anchor Katie Couric has posted a statement taking responsibility for the misleading pause inserted into her documentary Under The Gun. That's quite a change from last week, when Couric would only say she was "very proud" of the film and stood by it. The mystery for most people is not that she stood by this blatantly inaccurate editing when it was exposed for everyone to see. 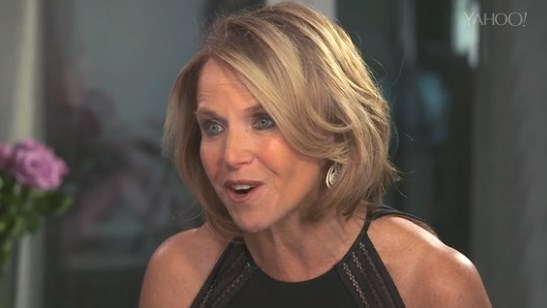 As Executive Producer of Under the Gun, a documentary film that explores the epidemic of gun violence, I take responsibility for a decision that misrepresented an exchange I had with members of the Virginia Citizens Defense League (VCDL). My question to the VCDL regarding the ability of convicted felons and those on the terror watch list to legally obtain a gun, was followed by an extended pause, making the participants appear to be speechless.

When I screened an early version of the film with the director, Stephanie Soechtig, I questioned her and the editor about the pause and was told that a "beat" was added for, as she described it, “dramatic effect," to give the audience a moment to consider the question. When VCDL members recently pointed out that they had in fact immediately answered this question, I went back and reviewed it and agree that those eight seconds do not accurately represent their response.

VCDL members have a right for their answers to be shared and so we have posted a transcript of their responses here. I regret that those eight seconds were misleading and that I did not raise my initial concerns more vigorously.

I hope we can continue to have an important conversation about reducing gun deaths in America, a goal I believe we can all agree on.

The blog The Cable Game reports doing "a search of CNN’s very comprehensive transcript archive for the past week, and the name Couric came up zero times. Which suggests that as we near a full week since the story broke CNN has yet to air a single mention of it. If they aren’t out to bury the story, they’re giving a good imitation of it."

While there are zero mentions of Katie Couric in the transcript to Sunday’s Reliable Sources, "one name comes up 77 times: Trump!"