'Very Rational' NPR? Donald Trump's Like 'A Raving Meth Head With a Machete' 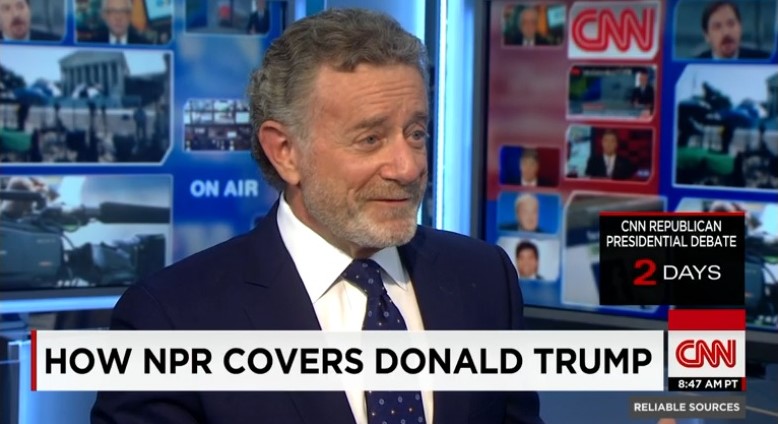 National Public Radio sells itself as an oasis of civility on a radio dial polluted with harsh editorializing. In December, NPR CEO Jarl Mohn was asked by CNN’s Brian Stelter how they were covering Trump: “Our place in the food chain of information and journalism is to just be very rational, to be calm, to report the facts, not to stake out a position. We don’t take editorial positions of any sort.”

Perhaps Mohn might want to offer a sedative to raving Bob Garfield, the host of WNYC’s On The Media, which airs across the country on more than 400 NPR stations. He concluded the May 13 show with a ranting commentary about how Donald Trump should never be taken seriously by the media. The title was "How Not to Normalize Trump."

GARFIELD: Trump has achieved the brink of the Republican nomination, according to the candidate himself, by being himself, no matter how politically incorrect, except that his supposedly courageous candor is contaminated with the most cowardly hate speech – racism, xenophobia, misogyny, incitement, breathtaking ignorance on issues, both foreign and domestic, and a nuclear recklessness, reminiscent of a raving meth head with a machete on an episode of Cops.

There you have it, on NPR, very rational and calm: Trump, “a raving meth head with a machete.”

But a few years ago on The Daily Show, Jon Stewart mocked Sean Hannity for asking why the federal government doesn’t fund his radio show: “They’re nothing like the same thing!” You mean, Hannity hasn’t called Hillary a raving meth head with a machete? Stewart said conservative talk radio “get you to chase Frankenstein,” but NPR induces sleepiness.

Back to Bob Garfield, Howard Beale-mad that the media would treat Trump as a normal candidate, who’s now shopping for a running mate, when he's really more like...Charles Manson?

GARFIELD: The man is a menace of historic proportions, so who the Chuck Todd cares about his tax proposals? It’s like asking Charles Manson about his driving record. But here comes the political press, going into standard general election mode and treating a demagogue as a legitimate standard bearer, as if the only thing he has to answer for is the latest blip in the news cycle....

Let’s just say that we institutionally were obliged, ‘til now, to report and thus give oxygen to Trump’s incendiary ravings because hate speech is news. It’s our role to expose it, even if the exposure serves him. It is not our role, however, to be co-conspirators in his revisionist imagery.

After clips of reporters touting “a calmer Trump, a more presidential Trump,” he ranted some more: 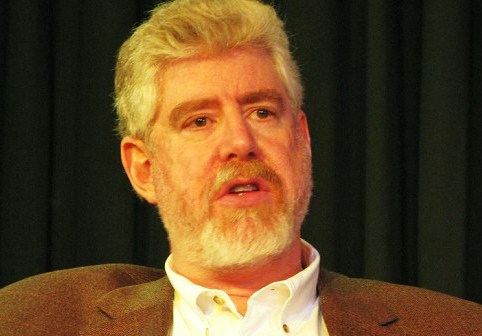 GARFIELD: For crying out loud, of course, he wants to be elevated. What’s sickening is who's operating the elevator. With every oh, so decorous question about tax policy or the national debt, the media are not simply abetting him but normalizing him, in effect, accepting his grotesque path to the nomination.

Look, by its nature, journalism subordinates old news to the latest development. But, in this case, being slave to the fresh angle is simple malpractice because every moment spent on Trump policy and process buries the lead. The lead is that a man who wants to build a wall, who wants to ban Muslims, who sees women only as potential vessels for his [sex organ] – “no problem there, I assure you” -- could be the president of the United States. It was the lead in July. It is the lead now. It will be the lead in November.

[Music swells for end of show]

Every interview with Donald Trump, every single one should hold him accountable for bigotry, incitement, juvenile conduct and blithe contempt for the Constitution. The voters will do what the voters will do, but it must not be, cannot be because the press did not do enough.

Despite this, On The Media boasts on their website: "While maintaining the civility and fairness that are the hallmarks of public radio, OTM tackles sticky issues with a frankness and transparency that has built trust with over one million weekly radio and podcast listeners."