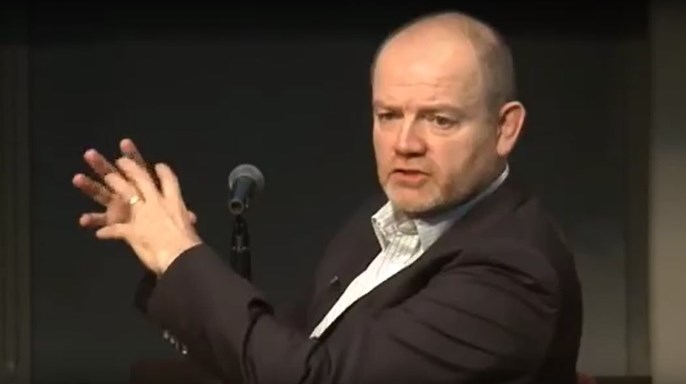 Washington Post media blogger Erik Wemple reports that The New York Times is getting very serious about diversity goals in recruiting, hiring, and promoting. Chief Executive Mark Thompson raised eyebrows at a gathering of managers on the business and news sides of the newspaper.

Eileen Murphy, a company spokeswoman, tells the Erik Wemple Blog via email: “While Mark did say that if an individual couldn’t agree with our mission, The Times might not be the right place for them, there was no directive quite as specific as your email suggests.” More from Murphy: “Our mission around diversity was discussed … and there was a full dialogue around hiring, promotion, retention and career development as well as other programs to support diversity and inclusion.”

An attendee notes: “[Thompson] started out by saying that the person would probably come to his own conclusion that this was not the right place for him or her and leave the paper. But if not, they would be told to leave.”

Wemple noted that Times editors are supervised not by Thompson, but by publisher "Pinch" Sulzberger and executive editor Dean Baquet, the first black editor to lead the newsroom. "In his own presentation, Baquet made clear that it was his policy, too, to hold managers accountable on this front."

The Times lags behind a few other papers: "The American Society of News Editors tabulates newspaper’s minority newsroom representation, and the New York Times clocked in at 19 percent in the 2015 survey." Ahead of them are the Miami Herald (42 percent), The Washington Post (31 percent) and The Boston Globe (20 percent).

Wemple noted a recent complaint by Baquet over a story on Sixties New York Times star Gay Talese, who caused a diversity scandal by being stumped when asked what female writers inspired him most. James Taranto at The Wall Street Journal noted Baquet totally fumbled the ball in a statement addressing how Times freelancer Sridhar Pappu reported that kerfuffle between Talese and Nikole Hannah-Jones, a staff writer at The New York Times Magazine:

Politico: “He wrote that Hannah-Jones ‘was not given a chance to respond to that, nor was I.’ ”

Just one problem: “Pappu’s story did include a quote from Hannah-Jones responding to a request for comment.” She emailed Pappu: “Thank you for reaching out, but I’ve said all that I am going to say about this.”

Baquet’s statement concluded: “Too often, we are clumsy in handling issues of race and gender and this story was another unfortunate example. We have made strides in our coverage and culture, but the best solution is to continue building a more diverse, inclusive newsroom.”

We guess accuracy is too much to aspire to.

The Times has found an occasional scandal in making diversity a higher priority than accuracy: see Jayson Blair.