NPR Asks If It's 'OK to Profit' From Cooking Food of 'Other Cultures'...Or Is It Racist?

Since National Public Radio is a taxpayer-funded liberal sandbox, you can find examples nearly  every day of NPR conducting a conversation with its liberal audience on all the liberal obsessions of the moment, like the new political-correctness theme of “cultural appropriation,” like being mad at Justin Bieber for wearing dreadlocks, because that’s a black thing.

This week, NPR asked “When Is It OK To Profit From Cooking Other Cultures' Food?” In other words, is it okay for an Indian-American to run a pizza joint, or an Italian to run an Indian restaurant? If you're a white guy cooking Mexican food, it is racist or "neocolonialist"? Apparently, to the Left, you should “stick to your own kind” when selling food. 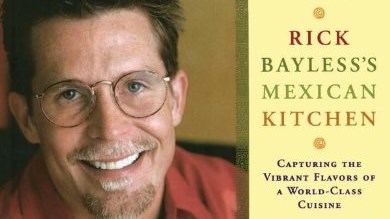 Recently, we started a conversation about food and race. Specifically, we wondered out loud, who gets to cook — and become the face of — a culture's cuisine?

Our question was prompted by a recent Sporkful interview with Rick Bayless, who has faced criticism over his long career. Although he is an Oklahoman with no Mexican ancestry, he has become one of the most prominent ambassadors for Mexican cuisine in America....

As with many things involving race and class in America, there are no easy answers — and we're not expecting to find any clear-cut ones. We're more interested in starting a conversation.

This is mildly amusing, since Bayless loves feeding the Obamas some Mexican food in Chicago. Some thought it was fine, it's a free country, and some did not, so Bayless might want to watch out for protesters:

– “And is it OK that people perceive the food the white chef adopted as worth more than they would pay for the original?”

Consider the following scenario: Say I'm a surfer who loves the waves in Mexico. I go down there, and love the fish tacos I buy at the beach from a food truck. I talk to the owner, asking about what kind of fish he uses, how he batters it, etc., and then I start cooking tacos regularly at home. Then I move to Maui, notice there are no food options at the beach, and open up my own food truck with fish tacos. It’s successful. I earn money giving sustenance to people who previously had to bring in their own food, and it makes them happy. Am I supposed to feel that my profits are ill-gotten gains because I've co-opted a culture that's on "the list." Should I have stuck to Italian, French or Japanese food, even though surfers just want to eat fish tacos at the beach?

One commenter said when it's authentic or innovative, that feels "okay" to him, but if it's bad it's "exploitation." "Bad" is a subjective judgment, but the marketplace will quickly eliminate restaurants that don't serve food people will pay for, making exploitation difficult. Another asked if it's okay if people perceive a "white chef's" (is "white" a culture?) offerings as worth paying more for than the "original." I'm not aware of many people basing how much they'll pay for a meal based on a chef's skin color, and white skin doesn't exactly scream "authenticity" when cooking ethnic foods. It's probably harder to succeed as a white person cooking Indian food than for an Indian. I really don't even understand this question. There is no "okay" involved or permission needed. It's called capitalism.