CNN: 'It's Time to Talk About Black Privilege'...How Wrong That Is

The term “black privilege” is profoundly upsetting to liberals at CNN.com, as reporter John Blake tried to explain it on Thursday in an article titled "It's time to talk about black privilege."

"In America you can't even talk about whiteness," said Drew Domalick, who lives in Green Bay, Wisconsin. "If you try to embrace being white, you are portrayed as being a racist. If we had a White History Month, that would be viewed as a racist holiday."

Domalick isn't the only one who believes in black privilege. The term is being deployed in conservative circles as a rhetorical counterattack to the growing use of the term "white privilege."

It's part of a larger transformation: White is becoming the new black.

Google the phrase "black privilege," and one steps into a universe where whites struggle daily against the indignities heaped upon them because of their skin color.

The most furious lefties are the peddlers of “white privilege” shaming: 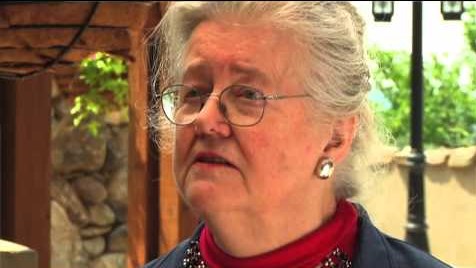 Count Peggy McIntosh as one of the angry. She is arguably more responsible for popularizing the concept of white privilege than anyone else. An activist and retired Wellesley College professor, her 1989 essay "White Privilege: Unpacking the Invisible Knapsack" has been widely reprinted and is now taught in many colleges. Her essay gives examples of what McIntosh calls white privilege ("I can go shopping alone most of the time, pretty well assured that I will not be followed or harassed; If a traffic cop pulls me over ... I can be sure I haven't been singled out because of my race").

McIntosh scoffed at the idea of black privilege.

"When you've had as much freedom to do what you want to do and think what you want and say what you want and act as you please, then you get irrationally rankled at having to curtail your life and your thought in any way," says McIntosh, who also founded the National SEED project, which helps teachers create courses that are more gender sensitive and multicultural.

She said the black privilege checklist sounds like a "prolonged whine" from people who resent being challenged about their white privilege.

Whites issue a “prolonged whine” about race? Would any liberal accuse the post-MLK “civil rights” movement as engaged in a “prolonged whine,” from Jesse Jackson to Al Sharpton to Black Lives Matter? Clarence Thomas offered a version, and liberals wanted his Supreme Court nomination shredded for it. Blake suggested this idea isn’t going anywhere:

Arguments for black privilege may face a hostile audience as acceptance of the idea of white privilege grows. 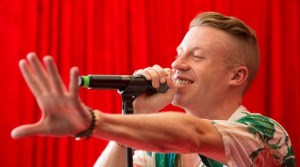 The comedian Louis C.K. even built one of his most popular routines around the concept of white privilege.

"Here's how great it is to be white," he says. "I can get in a time machine and go to any time, and it would be awesome when I get there. ... A black guy in a time machine is like, hey, any time before 1980, no thank you." No one appears to have asked C.K. about black privilege, but others who have explored white privilege in books and essays reject the existence of such a privilege.

CNN highlighted the liberal comedian’s commentary in a pull quote as the definitive take on this issue.