The Washington Post caught up on Friday to the controversy over Kathleen Matthews receiving donations for her congressional race from guests on her husband’s MSNBC show Hardball. A week ago, the leftist website The Intercept identified 48 Hardball guests, their spouses or related PACs had given almost $80,000 to Kathleen’s campaign. Bill Turque reported other candidates are making this an issue: 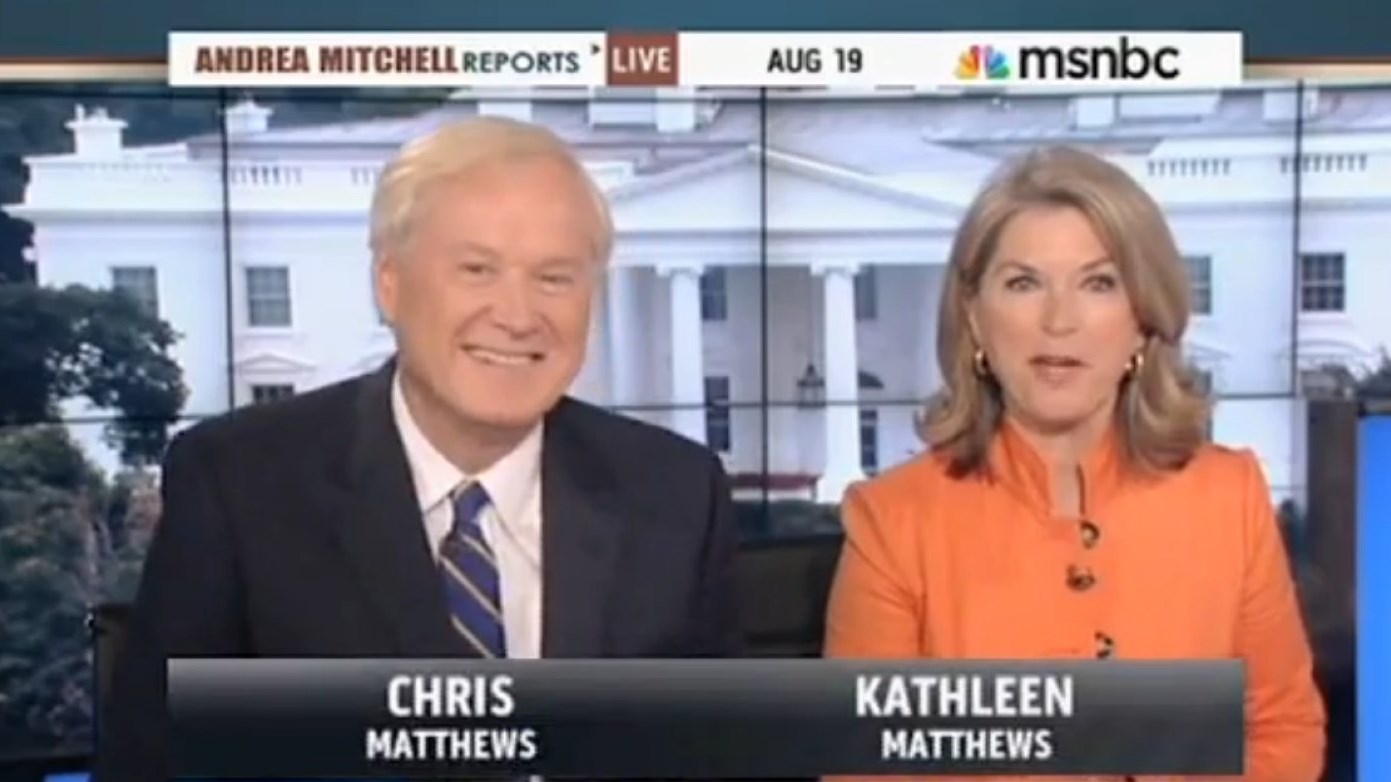 Three candidates in the 8th District - two of them Democratic primary opponents of Matthews's and the other a Republican she could face in the general election - say the donations from Washington A-listers raise questions about whose interests Matthews would represent if she wins the April 26 primary and is elected in November.

"This kind of you-scratch-my-back-I'll-scratch-your-back behavior is exactly what is wrong with Washington today," Republican Aryeh Shudofsky said. "Chris Matthews has failed to be transparent about the relationship between 'Hardball' and Kathleen Matthews's candidacy."

Shudofsky is calling for Chris Matthews to step away from his MSNBC show until the election is over. Turque continued:

Democrat David Trone, the wealthy wine retailer who is self-financing his candidacy as a way of showing he is not beholden to special interests, said through a spokeswoman: "The revolving door of political insiders trading favors with each other is just one reason why so many have lost faith in our political system."

MSNBC pushed back. "Hardball has never booked a guest in exchange for a political contribution," MSNBC spokesman Mark Kornblau said in an email to the Post on Wednesday night. "That is an offensive accusation that would violate not only the standards of NBC News, but also Chris' personal ethics." Kornblau added that of the 35 contributors mentioned in the Intercept story, 24 have not appeared on Hardball in the past year.

In her own email Wednesday, Mrs. Matthews played the sexism card:

"I've worked very hard to raise campaign funds from more than 8,000 individual donations over the past nine months," she said. "Voters know that women can have separate careers from their spouses, and it's offensive to me as a working woman and to these women senators and members of Congress to suggest they can't get onto Hardball on their own merits."

Matthews, in this district, appears to be the Hillary Clinton of the Establishment, while her strongest opponent, state Sen. Jamie Raskin, can be painted as the hard-left Bernie Sanders candidate. Turque elaborated:

The contributions cited by the Intercept include Sens. Kirsten Gillibrand (N.Y.), Claire McCaskill (Mo.), Barbara Boxer (Calif.) and Edward J. Markey (Mass.), former senator Tom Daschle (S.D.), and former congressman Martin Frost (Tex.), all of whom are Democrats. A small handful of the donations came shortly before or shortly after Hardball appearances. A $10,000 contribution from Off the Sidelines, Gillibrand's PAC, came on June 2, two days before she was a guest.

The contributions illustrate Kathleen Matthews's place in a monied Washington ecosystem that includes figures from every White House administration from Jimmy Carter through President Obama. Many of the donors are friends or Chevy Chase neighbors of the Matthewses whose kids attended the same schools and who frequent one another's charitable events.

An analysis this week by the Center for Responsive Politics called Kathleen Matthews "the pick of the Democratic establishment" and said she had more donors who were former members of the House or Senate than any of her rivals.

A study of her contributions through the end of last year found that nearly three-quarters of the money came from outside Maryland.

The Washington Post editorial board endorsed Mrs. Matthews, suggesting that somehow her anchoring the local ABC newscast for decades somehow translates to a “broad and deep facility” with public policy: 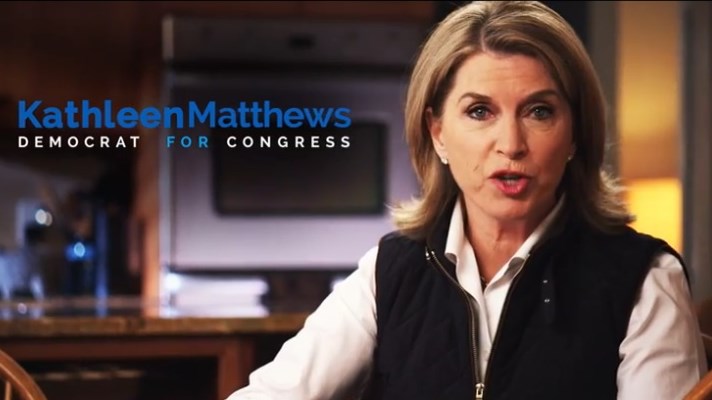 In this formidable lineup, one candidate stands out as having the potential to make an impact in Congress: Kathleen Matthews, a longtime TV journalist and, more recently, corporate executive. Ms. Matthews is a first-time candidate for elective office, but as a local reporter and anchor for WJLA for 25 years, and then as head of public affairs for Marriott International, she has developed a broad and deep facility with policy and politics. In the neighboring 6th District, which shares Montgomery County with the 8th, Rep. John Delaney, a two-term incumbent, has shown that a savvy newcomer with broad experience, including in business, can make a mark even from the minority in the GOP-dominated House. Ms. Matthews, whose progressive views are in tune with the district's, would be in that mold of achiever.

On Sunday, Turque reported that Mrs. Matthews is actually trailing in newly released polls. In her own poll from Garin-Hart-Yang Research Group, Raskin leads Matthews 31 to 28 percent, with David Trone far behind at 13 percent. The Trone campaign poll by Harrison Hickman put Raskin at 30, Trone at 25, and Matthews at 21 percent.