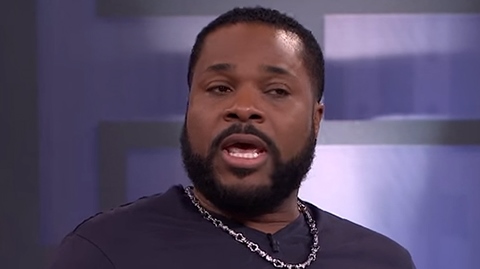 The New York Post reports that Malcolm-Jamal Warner, who played Bill Cosby’s son Theo Huxtable on The Cosby Show in the 1980s, is playing the race card in the Cosby sex scandal in an interview Monday on the daytime talk show The Real.

“You look at just how the media is playing this whole thing out and I can’t help but think about Woody Allen, Roman Polanski, Stephen Collins, [it’s] very clear the crimes they’ve committed,” Warner, 45, said...“But there is no one that’s calling for Woody’s movies to be pulled off the air.”

Polanski, who fled America after having sex with a 13-year-old girl in 1977, is still celebrated in Hollywood. Woody Allen's career was not ended when he had an affair with his wife Mia Farrow's adopted daughter Soon-Yi Previn. They married in 1997. The age of those scandals has dulled public reaction. You don't see a lot of Woody movies "on the air," since they're art films, not blockbusters.

Stephen Collins is a better comparison to Cosby, who played a minister father on 7th Heaven from 1996 to 2007. Collins confessed to child molestations in 2014. Despite social-media controversy, the cable network Up TV resumed reruns last summer. Sadly, Warner doesn't sound like an idealist on this matter. It's not really about race. It's about his royalty checks drying up because The Cosby Show has been taken off TV Land and several smaller cable networks.

“It’s literally taken money out of my pocket,” Warner said of the show. “So, I got my own personal feelings about that, because it personally affects me.”