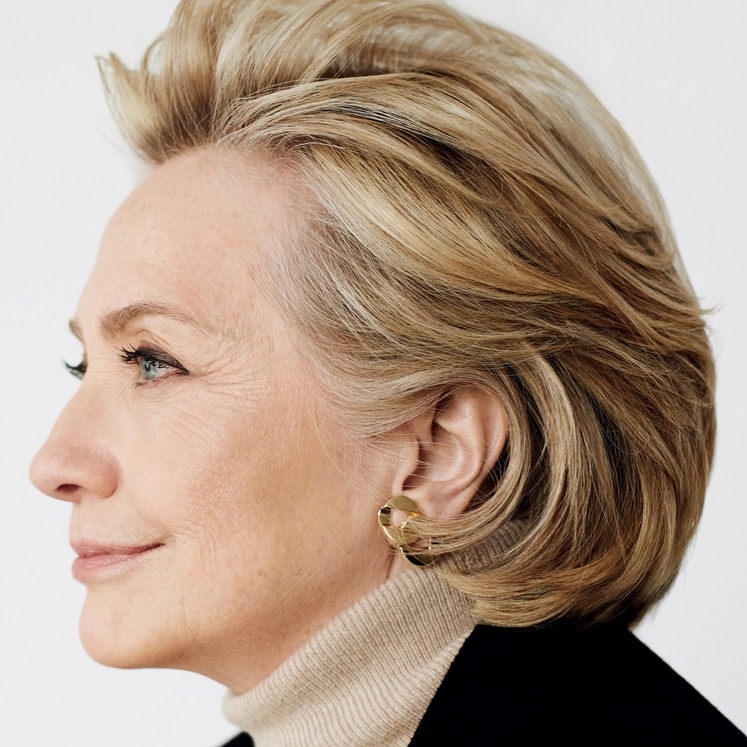 Vogue magazine published a typically gooey piece on Hillary Clinton in their March issue, typical because Vogue editor Anna Wintour has hosted two fundraisers for Hillary in this cycle, one in the Hamptons and one in Paris. Vogue writer Jonathan Van Meter interviewed only inside the Hillary bubble on this one, which included journalists like MSNBC’s Steve Kornacki and NPR’s Cokie Roberts.

The subheadline on the article was "Hillary Clinton has shown herself to be a formidable candidate -- and a much happier one. Will she finally, at long last, make history?"

Could Hillary lose to Bernie? Perish the thought:

[Stefanie] Cutter didn’t think so—and neither did the MSNBC political analyst Steve Kornacki, who reminded me that, unlike in ’08, when she was up against “a new political sensation,” this year “she is facing off against a 74-year-old self-described democratic socialist.” Every Democratic political analyst and operative I talked to believed that, whatever happened in New Hampshire and Iowa, Clinton would still be the nominee. [Emphasis mine.]

Kornacki was a little harsher on the pesky question about Hillary’s accomplishments as secretary of state, but naturally, his skepticism was immediately rebutted:

One of the most consistent raps against Clinton is that she doesn’t have that one big achievement as senator or Secretary of State—that piece of legislation; that peace accord—that she can point to as her legacy. It was all, in the words of one Democratic pollster I spoke to, “small beer”—a manly put-down if ever there was one. Says Kornacki, “John Kerry can say, after this Iran deal, ‘Look, I was Secretary of State for four years and here’s my legacy: this enduring pact that disarmed Iran.’ What can Hillary Clinton point to along those lines? Nothing like that.”

Former Secretary of State Madeleine Albright doesn’t think that criticism is fair. “She restored America’s reputation. People didn’t know what to make of us after the Bush administration. Hillary had this capability of dealing with every world leader and explaining who we were, who we are, who we want to be, in a way that is a huge accomplishment given what had preceded it.”

Don’t look at America’s image in any actual polling. That wouldn’t be a good idea if you wanted to believe Albright -- at least in terms of polling in Muslim countries. (European countries like Obama better than Bush, go figure.)

Cokie Roberts then came around with the usual feminist tub-thumping, looking forward to President Hillary's State of the Union addresses: 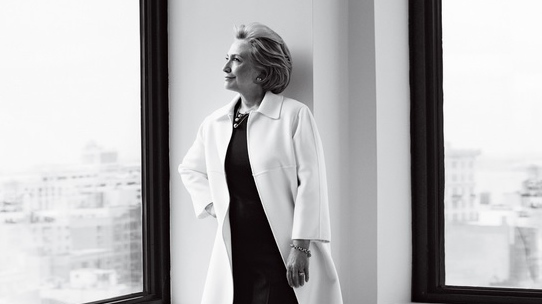 Which recalls something the political commentator Cokie Roberts said: “One of the things that Hillary Clinton did was put the plight of women around the world at the top of her priorities as Secretary of State. It was right up there on the desk, where it could be seen. And when people ask, ‘What difference does it make to have a woman in office?,’ that is a key difference.” Which leads to the question of how she would govern as president, and how different it will feel for that person to be a woman. In the transcript of Obama’s final State of the Union address, the word women does not appear at all. Girls appears once—about girls in remote villages—and woman appears exactly once, in reference to an elderly woman lining up to vote. It is impossible to imagine so little attention paid were Clinton to be at that podium.

Clinton talks a lot about things like autism and Alzheimer’s and opiate addiction and the challenges that the caretakers—usually women—of the people with these diseases face. She has presented policy plans to try to resolve some of the above, all of which are considered “family” issues. The diminishing phrase soft power got thrown around a lot when she was Secretary of State to describe her work with women and girls. When she was running for president eight years ago, says Roberts, “she wouldn’t have talked about this kind of stuff. And I think that’s because eight years ago she was a less-known quantity in her own right. She had to be tough. Or believed that she did, and I think that probably was the right calculation then. But now that she has been Secretary of State and has sat down at tables with tough guys, that’s not what she has to do anymore. She can talk about the things that do resonate with women and families.” [Italics in the original.]

When you write a Hillary article from inside her bubble, you can note that her backers think the Republicans are mentally ill:

One woman, perhaps a decade younger than Hillary, with a thick Midwestern accent, stood up to speak her piece: “I want to say that when I listen to you, I feel that the political discourse is taken back to sanity.” Knowing laughter rippled through the crowd. “I really feel like with the Republicans . . . that there’s almost a collusion to all say things that aren’t . . . sane. So I want to really say thank you to you because you’re pleasant, you’re joyous, you’re happy. And your running for president is, I think, fundamentally an act of generosity.” The crowd leaped to their feet, yelling and whistling for nearly a minute, as Clinton stood in the middle of the circle of adoration holding back tears. When she finally spoke, she was as invigorated as I’d ever seen her. “I know there aren’t too many Republicans in Iowa City,” she told the crowd, “but if you do run into one . . . I want you to tell them: I don’t have horns.” [Italics in the original.]

But Hillary certainly underlined the idea that the conservatives have horns, that Republicans are against "democracy," defined as the liberal agenda:

In our interview, Clinton describes the general election as a watershed moment: “It poses a very significant choice to the voter. Do we want to build on the advances we’ve made in human rights and civil rights and women’s rights and gay rights and voting rights and worker rights . . . really build on that foundation? I do believe in a two-party system, obviously. I think it’s served us pretty well over the years.

"And it troubles me that the Republican candidates are against everything. They have such a pessimistic view of America’s future. They’re negative. They’re insulting. They’re filled with the worst kind of dismissiveness about the advances that have made a difference in people’s lives. They seem to be willing to throw out our values, whether it’s the value of being an immigrant nation or of taking in refugees or of finding common ground and compromise, which is absolutely essential to govern a big democracy like ours. They are upending so many of the pillars of American democracy.

And I take seriously what they say they would do if they won. I think everybody should. Don’t be fooled. If they say they’re going to repeal the Affordable Care Act, substituting it with nothing; if they say they want to privatize Social Security; if they say that they think my advocacy of equal pay for equal work is playing the gender card. Take that seriously, because you will find that they intend to do what they’re saying. And they’re appealing to a very narrow slice of America. But if that slice has the intensity to turn out and vote for somebody who takes those positions, then the whole country will pay a price.”