CBS News Slams Rathergate Film: 'It's Astounding How Little Truth There Is In TRUTH' 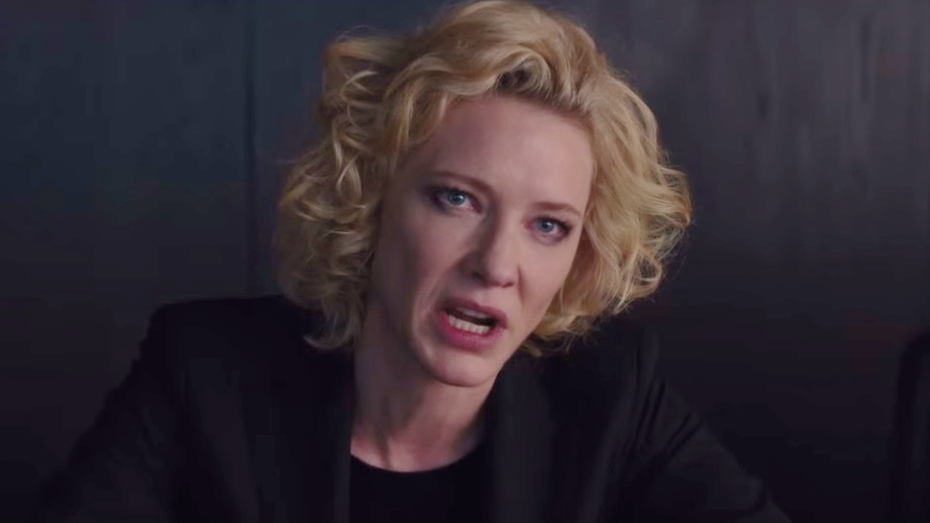 Variety reports CBS News is hopping mad about the forthcoming Dan Rather-lionizing movie Truth. They hoped it “would come and go quickly in limited release. But [Cate] Blanchett is generating Oscar buzz as a best actress contender for her tour de force performance as [Mary Mapes,] the hard-charging producer swept up in a firestorm of partisan politics and media scrutiny of her work.”

"It's astounding how little truth there is in Truth," proclaimed CBS in a statement. "There are, in fact, too many distortions, evasions and baseless conspiracy theories to enumerate them all. The film tries to turn gross errors of journalism and judgment into acts of heroism and martyrdom. That's a disservice not just to the public but to journalists across the world who go out every day and do everything within their power, sometimes at great risk to themselves, to get the story right."

The filmmakers issued a statement in response, complete with sales lingo: “The events depicted in Truth are still vigorously debated, and that’s a good thing. It’s a fascinating story at the intersection of politics, media and corporate America and features powerhouse performances from Cate Blanchett, Robert Redford and the rest of the cast. We hope people will see the film and judge for themselves.”

Variety turned to Mary Mapes to say the movie raises “larger issues” about the “complexities in an “increasingly corporate” media landscape. Translation: Who’s ruining our propaganda?

“CBS was concerned about damage to its reputation and wanted to improve it,” Mapes told Variety in a written response. “The film deals with some of that, but it also raises larger issues about the complexities of journalism and the search for ‘truth’ in an increasingly corporate media environment.”

She added, “These topics are much bigger than than the Bush National Guard story and are as relevant today as they have ever been....”

“I think the film goes into great detail about some of the mistakes that were made — some of the mistakes that I made — in our reporting, writing and editing. Having said that, hindsight is 20/20 and I did what I thought was right at the time, journalistically and ethically,” Mapes told Variety. “Overall, I believe the heated political controversy smothered some of the truly important elements of our story and what it offered in terms of understanding how class privilege worked during the Vietnam years.”

Rather has hailed Truth as a terrific portrayal of the media at work.“I hope that its effect is less about questions from the past concerning one particular story, and more about opening up a new and broader debate on the vital role of journalism, particularly investigative journalism, in our democracy,” Rather wrote on Facebook last month after a Truth screening at the Toronto Film Festival.

Former CBS News president Andrew Heyward responded: “To suggest that what CBS News did was in response to political pressure is completely at odds with how I experienced this very unfortunate series of events...It was primarily driven by a media firestorm about our very serious reporting mistakes. That’s how I recall the story.”