Egad, Josh Gad! Jon Stewart's So Brilliant, His 'Wads of Gum Belong In The Smithsonian' 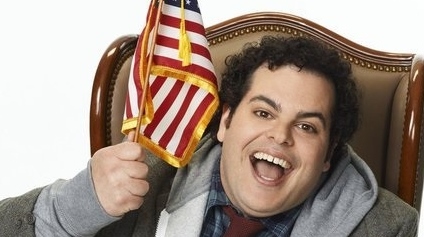 In this week’s contest to see who can be the most obsequious Jon Stewart ring-kisser in his last week of shows, a natural place to start would be Entertainment Weekly magazine, which decided to interview past and current Daily Show staffers to “get candid” and “toast” Stewart the “satirical sharpshooter.”

The hands-down winner of this inebriated EW office party was actor Josh Gad, who briefly worked for Stewart. Gad applies more zeal in ogling Stewart than he did for God on stage in The Book of Mormon. He’s so gushy he makes his role as Olaf the magical snowman in Frozen seem like a Gloomy Gus.

Try to decide which of these valentines is the stickiest:

Zen master: “Whatever room he’s in, inevitably he’s the smartest guy in the room, and when you’re pitching something to him, he’ll always sit there like a Zen master chewing on a wad of gum. Those wads of gum belong in the Smithsonian, because I think there are more kernels of brilliance in the wads of spittle in that gum than most of us have creatively in a lifetime.

President for his next act? “The first Jewish president of the United States of America. He could do what Kennedy did for the Catholics.” [Ed Helms only proposed he should be Speaker of the House.]

The burden of greatness: "He knows very well the social burden that his show has, the pinnacle it has reached. The fact that so many people inevitably get the news from him, he doesn’t take that lightly. He knows it. He understands it, and he doubles down to make sure that he is being as informative as he can be while also doing the job that he needs to do, which is to make people laugh and make people think."

Anyone who only gets their “news” from Jon Stewart is like a starving person seeking nutrition by eating paste. Reading these paragraphs just make you think about Jon’s pantomime Koch-stroking joke from Monday.