Reporters Can't Be Out of Questions for Planned Parenthood

Last Monday, Mollie Hemingway at The Federalist found a noticeable "lack of ferocity" on the Planned Parenthood tapes in the liberal media. So she composed a long list of questions incurious reporters should be asking if they somehow thought the story was prematurely exhausted. (Remember when they mocked George W. Bush as incurious?)

Hemingway also did a little Nexis searching to show how aggressively these same outlets could explore the issue of the Confederate flag, which isn't involved in selling the body parts of dead babies, but draws more outrage from "objective" reporters (this was before the second tape, which was mostly ignored): 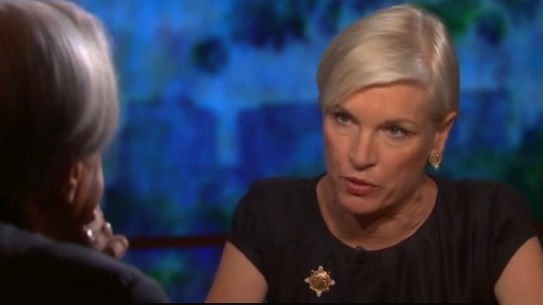 – CNN has had 493 mentions of the Confederate flag since June 17 (only 188 of these even mention alleged church shooter Dylann Roof), and managed 167 in the first six days. In the first six days of the Planned Parenthood scandal, they managed 7 mentions, less than 5 percent what you’d expect if you considered those stories only of equal importance.

– The Washington Post mentioned the Confederate flag 624 times in the last month (only 135 of these mention Roof), and 126 times in the first six days. The Washington Post has 28 stories mentioning the Planned Parenthood video in the first six days, just over 22 percent of what you’d expect if you considered the harvesting of organs from aborted babies to be merely as important as the Confederate flag topic.

– The New York Times has run stories and essays on the Confederate flag 149 times since June 17 (and only 39 of those mention Roof), 41 of those in the first six days. That compares to three stories on Planned Parenthood during the same window, just 7 percent of what you’d expect if the New York Times considered those stories merely of equal importance.

– Finally, Nexis shows 70 mentions of the Confederate flag on Politico.com in the last month (only 18 mention Roof), 29 of those in the first six days of the story. For the Planned Parenthood video, it shows 4 stories.

Don’t forget that many broadcasters were even more zealous in their coverage of the Confederate flag, while running only the briefest mentions, at best, of the Planned Parenthood story.

This question really should be the first one for liberal reporters to confront:

Why haven’t the media ask tough questions of abortion clinics, historically? When Indiana passed a religious freedom bill, various media outlets roamed the countryside searching for vendors with religious objections to same-sex marriage, such as the owners of Memories Pizza. What questions might be posed to abortion clinic owners and managers around the country? Does the failure of the media to cover abortion well encourage undercover journalism operations, such as the one by Center for Medical Progress?

You should also bookmark where Obama's Department of Health and Human Services told the Federalist that the Planned Parenthood scandal was not a "breaking news story of general public interest" in response to a Freedom of Information Act request.