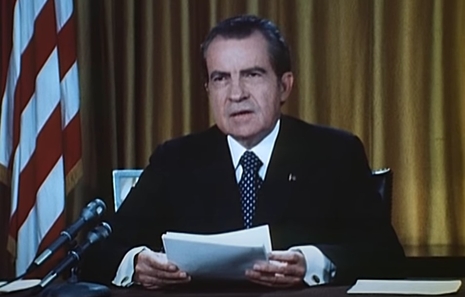 The Washington Post features a regular history section called Retropolis. And the idea — at least in theory — is to deliver engaging history lessons in the print and online editions of the paper. But on April 6, the Post devoted an entire section of the print paper to Retropolis. That day's edition spewed vile at the United States, absurdly claiming the country ended its commitment to equality back in 1973.

No, really. The story by James D. Robenalt insisted that on January 22, 1973, the day Roe v. Wade was decided, the day former President Lyndon Johnson died, that Henry Kissinger flew to Paris to end the Vietnam War, was also the day that America unofficially descended into hate.

The disintegration of that unity began well before Jan. 22, 1973, but no date more fully captures the end of the spirit of the ’60s and the start of a darker era of seemingly permanent political schism.

This passage is just flat-out false:

As the sun set on Jan. 22, the nation was changed. Symbolically and in practice, the country’s commitment to ending racism and poverty died with Johnson in Texas, the state where Roe v. Wade had originated.

Despite all the progress we’ve made since, despite the leaps in equality, the election of the first African American president, America’s commitment to ending racism died on January 22, 1973?

This political screed pretending to be a history lesson shamefully connected the pro-life movement to racism: “The opinion in Roe, which now stands a good chance of being overruled by the current Supreme Court, supercharged a political split that was already being driven by racial resentments. It all worked together.”

How did the pro-life movement supercharge racism? Robenalt didn't say. (He has written a book making this same absurd claim about 1973.) Later, the Post journalist takes an ugly quote from President Richard Nixon to simply lie about his overall civil rights record:

Days later, Nixon would tell his adviser Chuck Colson that there were times when abortion was necessary. “Let’s suppose there is a Black and a White,” he offered. The casual racism that spilled forth from Nixon in the tapes infected almost all of his political thinking and was at the heart of the political counterrevolution he was leading in 1973. Black people, in his view, were entitled takers, and it was the Whites who were being taken.

There’s no defending that comment by Nixon — or others on the White House recording devices. But even the liberal Philadelphia Inquirer in 2016 praised the civil rights record of Nixon. Columnist Douglas Schoen concluded: “The record is crystal clear: Richard Nixon desegregated more schools in his first term than all other presidents combined.”

Click "expand" to read full conclusion from the Inquirer.

Richard Nixon's enduring image as a political villain, his appeal to the silent majority of mostly middle-class Americans, and especially his notorious Southern strategy have contributed to a widespread view that his record on racial matters is poor. Nothing could be further from the truth. Whatever the complexities of Nixon's racial politics, his policies achieved far more than those of his great rival, John F. Kennedy, who dragged his feet on civil rights until near the end of his time in office.
...

Liberals blamed Nixon for his resistance to busing, but they somehow missed the astounding success he was having desegregating American schools, which was busing's main goal. When Nixon entered the White House, the desegregation of Southern schools was proceeding at a snail's pace. In 1968, nearly 70 percent of black children in the South attended all-black schools. By the time he left office, in 1974, just 8 percent did. The record is crystal clear: Richard Nixon desegregated more schools in his first term than all other presidents combined. 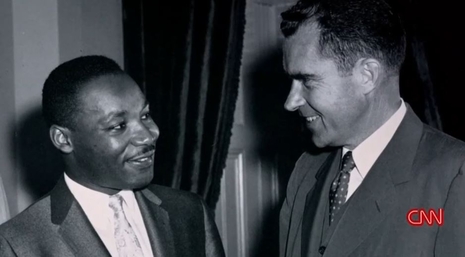 Even the liberal CNN in a March 6, 2016 documentary admitted the truth about Nixon. Journalist Evan Thomas explained, “There's a huge public misperception on civil rights. They think that Nixon was some kind of hideous racist and jack was the friend of the black man. Not true.”

The idea of the Post’s Retropolis is a good one: Americans should be exposed to history and the relevance it has on today. But in trying to make so much out of one day in 1973, The paper smeared pro-lifers, the admirable civil rights legacy of Richard Nixon, and the United States itself.