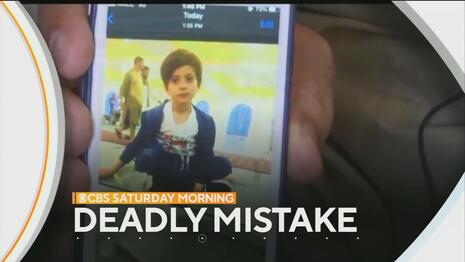 If a Biden blunder is too big to ignore completely, the liberal media will do the next best thing: move on as quickly as possible. On Friday afternoon, the Pentagon conceded a horrific addition to the President’s botched withdrawal from Afghanistan as an August 29th drone strike that was touted as killing ISIS terrorists actually killed ten civilians, including seven children.

But while the networks initially covered this latest debacle over the weekend, ABC and CBS quickly moved on. Mondays are usually a time when the networks offer a reset for viewers who weren’t paying attention on Saturday and Sunday. However, only NBC’s Today on Monday offered a fresh story, amounting to two minutes and 26 seconds. ABC’s Good Morning America and CBS Mornings on Monday? Zero.

Chief foreign correspondent Richard Engel on Monday explained, “Just before American troops pulled out of Afghanistan last month, the last U.S. military drone strike killed ten, including an aide worker and his seven children. Now following an investigation, the Pentagon admits it was a tragic mistake.” He added, “A New York Times investigation showed the target was care carrying water jug, not explosives. Now family members say their name has been unfairly associated with ISIS.” 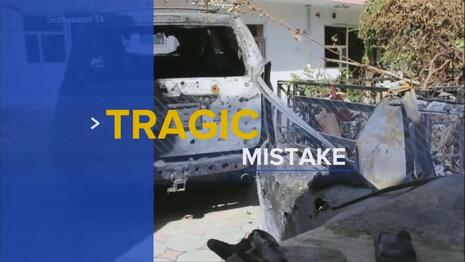 Nowhere in the segment, however, was any mention of President Joe Biden. On Sunday's Today show, White House correspondent Monica Alba offered a report on the President “facing setbacks and challenges.” She noted, “The White House has yet to comment on the startling admission Friday that the missile killed ten civilians and seven of them children instead of an intended ISIS target.”

On Sunday’s Good Morning America, correspondent Stephanie Ramos tried to ask chief global affairs correspondent Martha Raddatz how this latest disaster impacts Biden: “Martha, for weeks we know the Pentagon called the drone strike in Kabul that killed civilians a successful mission despite the loss of life. Now they're admitting it was a tragic mistake. What's the fallout look like for the administration?”

This was such a horrific mistake. A tragic mistake, a horrific mistake. They had tracked this car of the aide worker. They were convinced it was a terrorist. They tracked the car for about eight hours. They said the car went to an ISIS facilitator's home and then continued on, but there was also this incredible investigation by The New York Times. This was about a week ago they had gotten surveillance video from the ground. They had tracked this aide worker. What he did during that day, he was dropping things off. He was picking up colleagues, went all over Kabul, and then pulled into that compound, and that's when the hellfire missile struck. Even after that investigation, days later, they were still standing by the story that this was as General Milley called it, a righteous strike, and that they had followed the rules of engagement. They still say they followed the rules of engagement, Stephanie, on how this was carried out, but it was clearly, clearly a bad hit.

In the first 24 hours, all three networks covered the botched strike. On Friday night, as well as the Saturday morning and evening newscasts, NBC offered the most time: six minutes and nine seconds. CBS followed with five minutes and 39 seconds and ABC was in last with four minutes and 17 seconds. ABC offered another four minutes and eight seconds on Sunday. NBC managed an additional 25 seconds.

The networks dropped the border crisis for months at a time. And less than three days after the killing of ten civilians, including then children, CBS and NBC already appear ready to move on.

CBS abandoning this horrific story after just a few days was sponsored by Progressive. On ABC, it was Target. Click on the links to let them know what you thinks.

A transcript of NBC’s coverage on Monday is below. Click “expand” to read more.

HODA KOTB: The Pentagon facing growing fallout after admitting this weekend that a drone strike in the final days of the Afghanistan war killed an innocent family. NBC’s chief foreign correspondent Richard Engel is right here in studio and going to tell us how it happened. Hey, Richard. Good morning.

RICHARD ENGEL: It's good to be here. Sorry with such a sad story. This was the last act while U.S. troops were still in Afghanistan. I was there at the time. We were watching this very chaotic pullout. It was a stampede, a rush to the airport and then there was an attack and the U.S. really did believe that there was going to be a follow-on attack and thought that it was ISIS, stopping an imminent attack, but after initial reports from the family that said this wasn't the case, just a bunch of innocent people and now an investigation from the Pentagon admitting there was a mistake.

Just before American troops pulled out of Afghanistan last month, the last U.S. military drone strike killed 10. Including an aide worker and his seven children. Now following an investigation, the Pentagon admits it was a tragic mistake.

GENERAL KENNETH MCKENZIE: This strike was taken in the earnest belief that it would prevent an imminent threat to our forces and the evacuees at the airport. But it was a mistake and I offer my sincere apology.

ENGEL: The strike came as American troops were pulling out of Afghanistan and it was mayhem. The Taliban had just taken over Kabul and Afghans were rushing to the airport, desperate to flee the country with American soldiers. An ISIS suicide bomber seized the opportunity and attacked American troops guarding a gate, killing 13 service members and nearly 200 Afghans. Afterwards, the Pentagon was on high alert for another ISIS attack. Later, bombing a car saying repeatedly it stopped another ISIS bomber.

GENERAL MARK MILLEY: At this point we think that the procedures were correctly followed and it was a righteous strike.

ENGEL:  But right from the start, witnesses claimed the U.S. Got it wrong and killed civilians. A New York Times investigation showed the target was care carrying water jug, not explosives. Now family members say their name has been unfairly associated with ISIS and they want the U.S. to help them get out of Afghanistan. “we're not criminals. We did nothing wrong. We're just innocent civilians, he said.