ADMITTED IT! This Politician Says ‘We Have Everyone Else’ in Media (Except Fox)

Sometimes people just come out and say what we all know to be true, even if some still pretend otherwise. Nikki Fried, a Democratic politician who is running for Florida governor and hopes to challenge Republican Ron DeSantis, tweeted this on Thursday: “Ron DeSantis has Fox News, but we have everyone else. Florida will be blue in 2022.”

There it is. “We have everyone else.” Here’s a screen shot of the tweet in case it gets deleted. 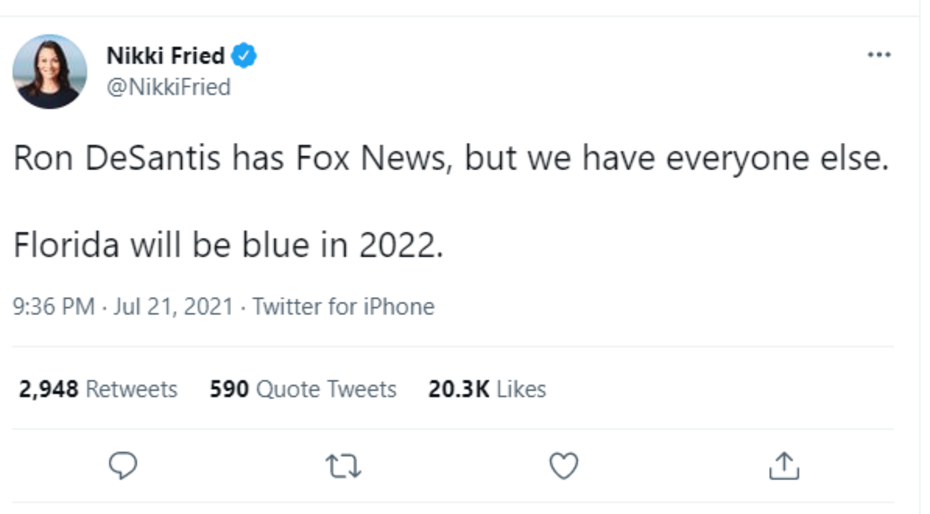 Now, we at the Media Research Center’s NewsBusters have known this for a while, but it’s not often that a Democrat will just come out and say it: ABC, CBS, NBC, MSNBC, CNN, The New York Times, The Washington Post and other outlets are all possessions of the Democratic Party. 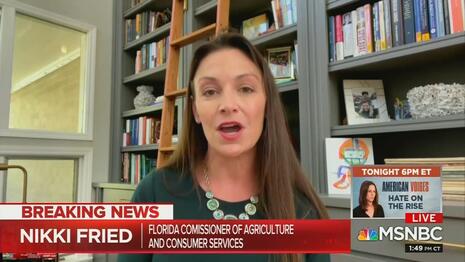 Democrats know it. Republicans know it. And journalists, if they are honest, know it too.

Fried is a frequent guest on the outlets she knows are in her corner. On March 31, 2021, she appeared on Joy Reid’s MSNBC show and bashed not just DeSantis, but her own state, saying she “want[ed] to apologize to the rest of the country of what happens here in the state of Florida.” Fried trashed DeSantis as “not rational,” “egotistical” and “dogmatic.”

On the June 27, 2020 edition of AM Joy, Reid tossed this softball to Fried about DeSantis and Covid: “Commissioner Fried, I want to let you critique your governor's performance.” See, MSNBC and the Democratic Party working together. At least Fried is being honest about it now.