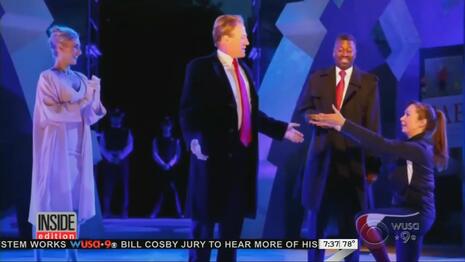 In the wake of the horrific spa shootings in Atlanta, liberal journalists and celebrities have immediately jumped to blaming Republicans for the attacks, citing provocative language. Yet, over the last four years, they have had no problem with explaining away, appreciating, or cheering hateful rhetoric against anyone who disagrees with them.

In 2017, the Public Theater in New York put on a play where a Trump look-alike is stabbed to death. CNN funded the troupe that was putting on a modern, bloody version of Julius Caesar. Then-Warner CEO Jeff Bewkes (CNN is a division of Warner) dodged responsibility when confronted by the National Center for Public Policy Research:

What we do support is a program for young people and emerging artists. …We don’t have a role in influencing which productions they select or how they stage those. …The point of the play is one that has been debated for probably 400 years. It’s not one that advocates…the killing of Caesar.

Now that journalists are concerned about provocative rhetoric, one can assume that media types roundly condemned TV star Rosie O’Donnell in 2017 when she suggested violence to remove Donald Trump, saying "desperate times -- desperate measures." No, of course she wasn't cancelled or anything like that.

Here are the tweets. : 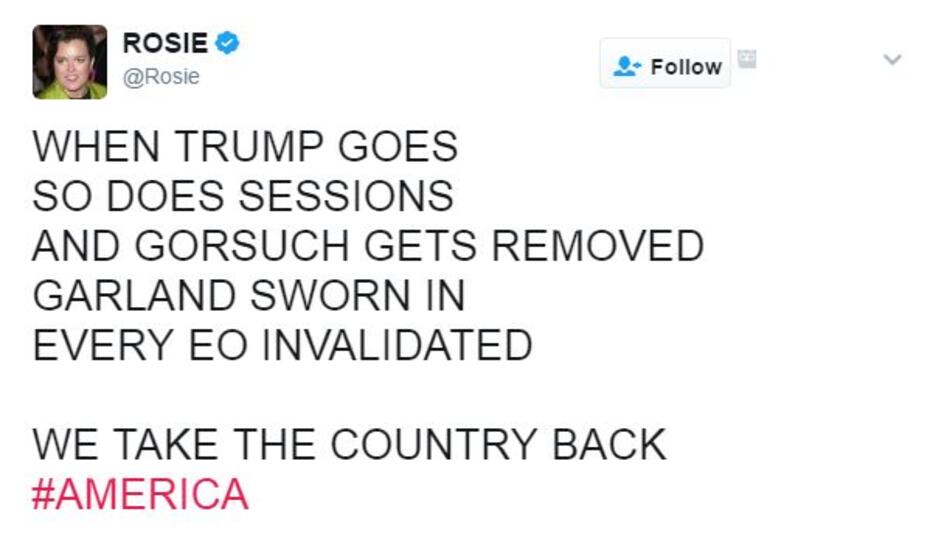 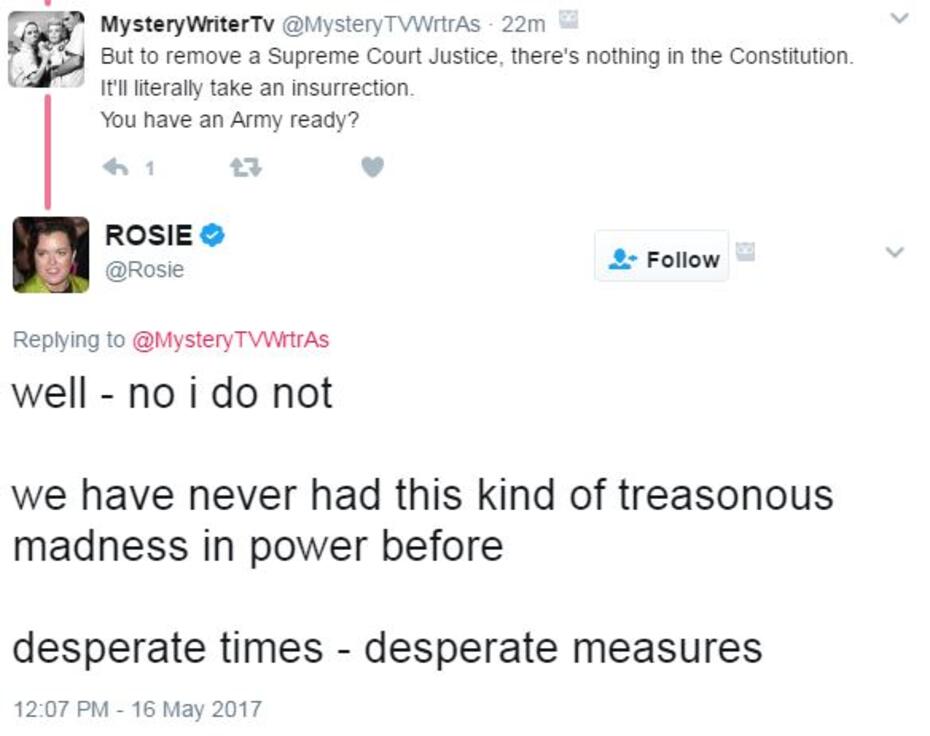 In January  of 2021, just weeks after the terrible January 6 insurrection plot at the Capitol, the tone deaf journalists at CBS eagerly promoted leftist actor Sacha Baron Cohen’s role as a violent communist agitator without the slightest hint of controversy.

Cohen is starring as 1960s radical Abbie Hoffman. Hoffman, a “loudmouthed communist,” was found guilty of inciting a violent riot at the 1968 Democratic Convention. Yet, co-host Anthony Mason sanitized the radical as one of the “political activists who were put on trial for their anti-Vietnam war demonstrations at the 1968 Democratic National Convention.” Offering his version of a compliment, he praised the actor: “In many ways he's very similar to you.”

So you should be very skeptical when you here that, now, journalists are suddenly appalled by violence or violent rhetoric. Far from it. They wallow in it.