FLASHBACK: How the Lefty Media Used and Abused the Memory of 9/11

Friday marks the 19th anniversary of the September 11th, 2001 terrorist attacks. While many Americans continue to solemnly observe the day 2,977 of our fellow citizens were murdered, it’s worth remembering that some in the liberal media used and abused the memory of 9/11 to trash Republicans and promote conspiracy theories. Let’s take a little refresher course. Two years ago, MSNBC host Joe Scarborough wrote an op-ed in The Washington Post bashing Donald Trump as a graver threat than the 9/11 terrorists. 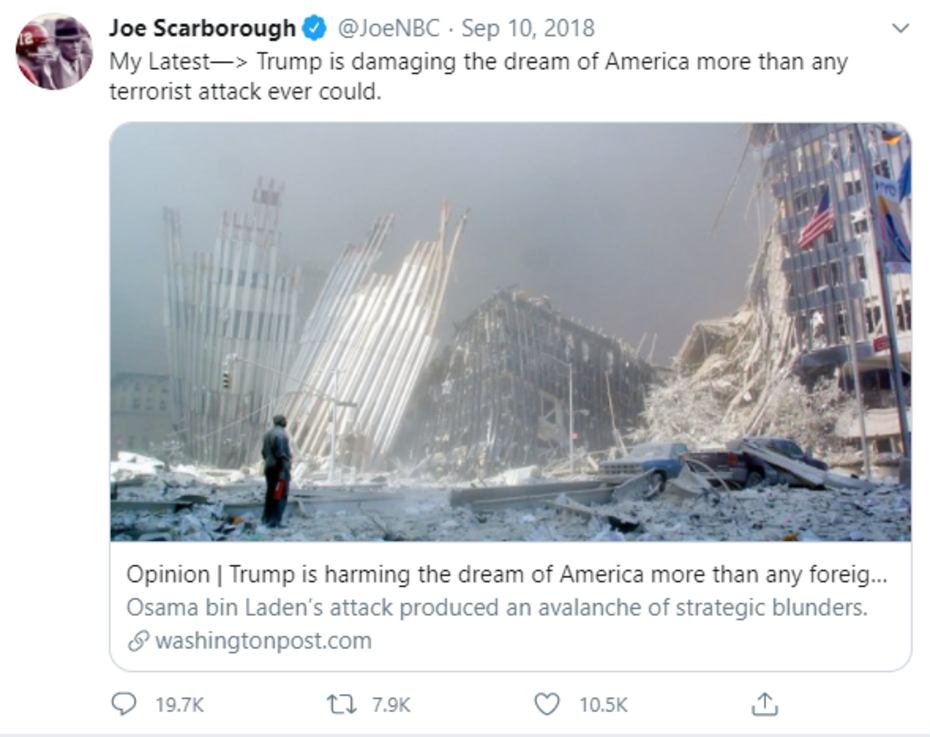 Sixteen years of strategic missteps have been followed by the maniacal moves of a man who has savaged America's vital alliances, provided comfort to hostile foreign powers, attacked our intelligence and military communities, and lent a sympathetic ear to neo-Nazis and white supremacists across the globe.

The question for voters this Fall is whether their country will move beyond this chapter in troubled history or whether they will continue supporting a politician who has done more damage to the dream of America than any foreign adversary ever could.

Given how journalists try to paint conservatives as a bunch of conspiracy kooks, it’s worth noting the liberal hosts who pushed 9/11 conspiracy theories. On March 29, 2007, ABC gave then-View co-host Rosie O’Donnell a platform to promote her fact-free beliefs. In a heated discussion about the Middle East, token conservative co-host Elisabeth Hasselbeck pressed O’Donnell: “Do you believe that the government had anything to do with the attack of 9/11? Do you believe in a conspiracy, in terms of the attack of 9/11?”

Joy Reid is now a supposedly serious, respected host on MSNBC. She co-anchored the Republican and Democratic National Conventions. Yet here she is on March 22, 2006 on her website:

I might have posted this before, but there's an updated version of a documentary now called Loose Change 9/11. The fundamental question is: do you believe the official story of 9/11? If you do, great. If you don't, then everything that happened after that is called into serious question. Even if you're agnostic, or you tend to believe that al-Qaida attacked the World Trade Center and Pentagon and that the government had no warning such a thing could happen, it's worth taking a second look.

That truther posting must be kind of awkward for fellow MSNBC host Nicolle Wallace. Back when she was a Republican, Wallace was at the White House and could have been killed on September 11, 2001.

Finally, on last year’s September 11, The New York Times used the passive voice and blamed the whole thing on airplanes. 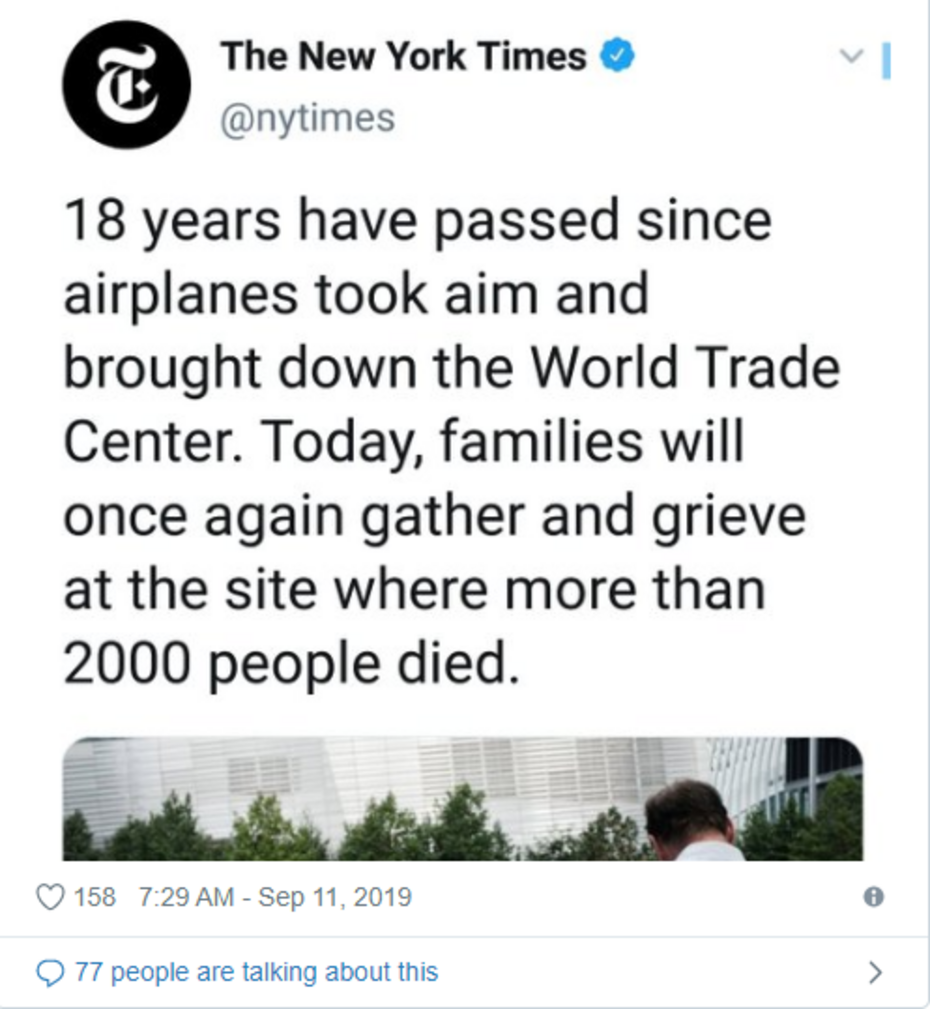 These are the profoundly unserious people that expect Americans to turn to them in times of strife, sorry and calamity? Not likely.