Will CNN and MSNBC cover Donald Trump’s 2020 rallies in a way that allows the President to simply state his message to the American people? Or will they attempt to hide and censor him? If Saturday’s Trump rally in Tulsa, Oklahoma is any indicator, it seems likely the liberal outlets will choose the latter. While Fox News played all 101 minutes (100 percent) of Trump’s campaign kickoff, CNN allowed a scant 3 minutes and 25 seconds (or 3.4 percent) and MSNBC a meager 3 minutes and 45 seconds (3.7 percent). 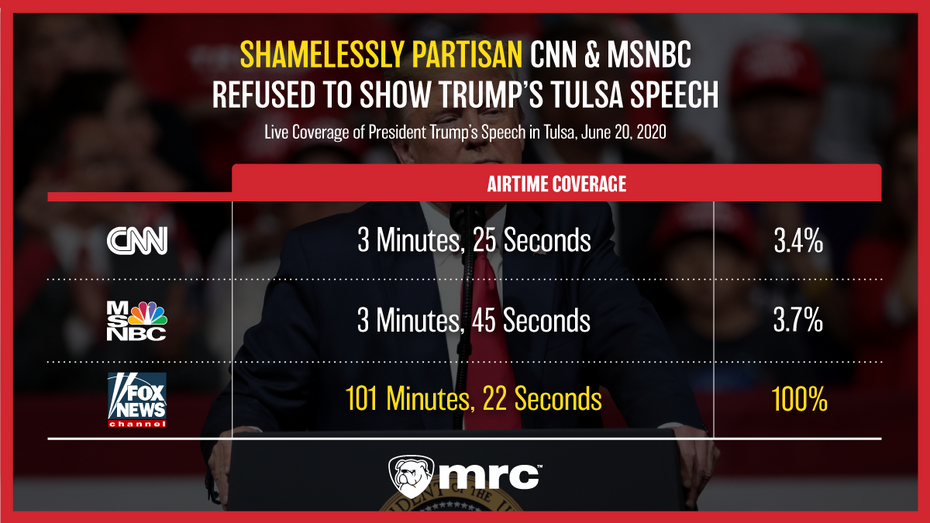 CNN, MSNBC and Fox News all went live at 8 PM ET from the Bank of Oklahoma Center and the President began speaking at 8:14. Media Research Center analysts tallied how much time the three cable news channels actually showed the President speaking. CNN and MSNBC treated the speech as though it was radioactive, only allowing brief clips as the hour progressed. 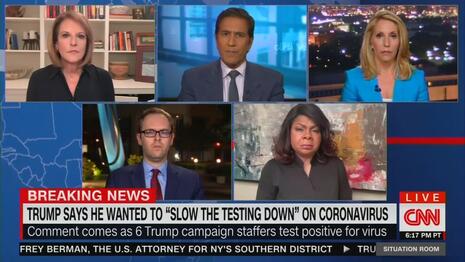 It wasn’t until 8:39 that host Wolf Blitzer dipped in for the first time and played a paltry 29 second clip. He then quickly turned to NAACP President Derrick Johnson to call the still-going speech “dangerous” and fanning “racial hatred.” At 9:15, before playing a clip of Trump talking about positive over-testing for COVID, Blitzer prefaced, “This is really, really, I think fair to say, shameful. Listen to this.”

Since Trump himself wasn’t featured much on CNN, the network filled the time by mocking the crowd size as pathetic. Blitzer needled, “Turnout for the event has been smaller than expected.... Clearly not a full house.” CNN political analyst April Ryan openly derided the event as a disease factory: “I have the right to say this after covering four presidents over the last 23 years. He is not considered the commander-in-chief at this moment. The spreader-in-chief.... This is coronapalooza.” 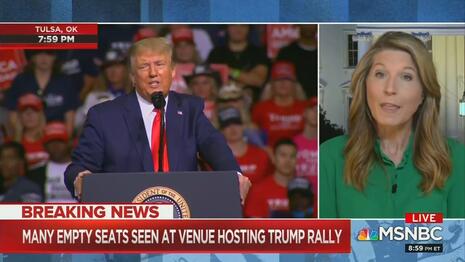 MSNBC echoed CNN by showing only tiny snippets during the live coverage. The network actually played the first minute and 11 seconds of the speech, but then managed just an additional 2 minutes and 34 seconds during the entire event. Host Ali Velshi derided, “This is Bank of Oklahoma Arena... and it is nowhere close to being full.... As you can see, lots of seats available.”

MSNBC and CNN owe it to Americans to play the 2020 campaign straight: Air the speeches and events from the two candidates and let the voters make up their own minds. Instead, these two liberal outlets are putting their thumbs on the scale and offering a partisan approach to campaign events.

[Methodology note: CNN played 3 minutes and 25 seconds of new footage. The total raises slightly to 4 minutes and 55 seconds if you were to include the moments when the network played the same clip more than once.] 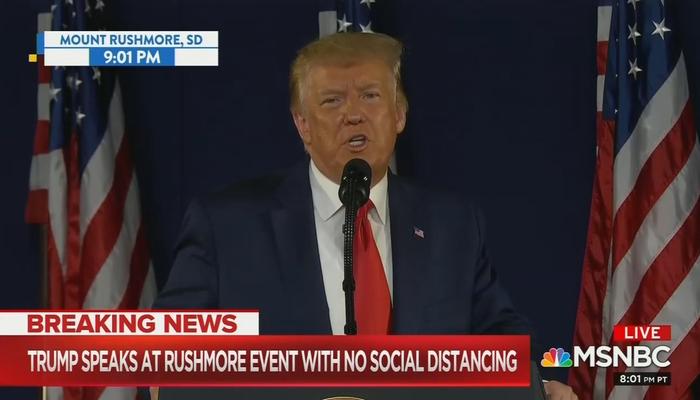 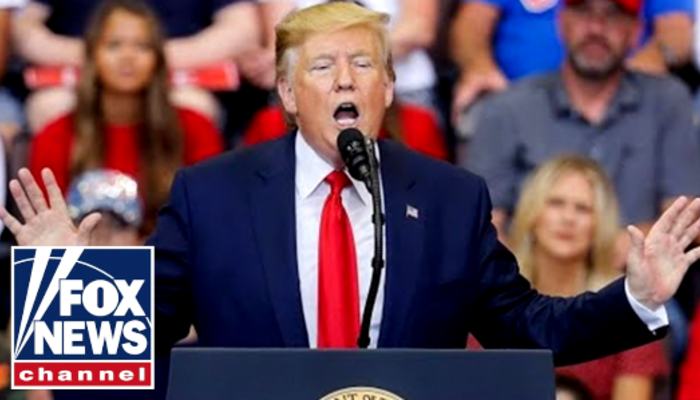 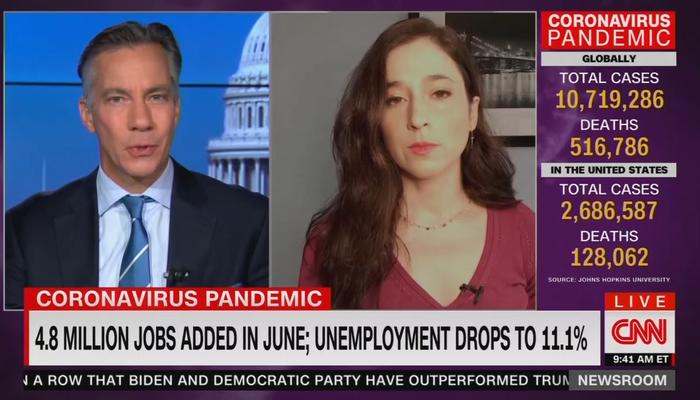 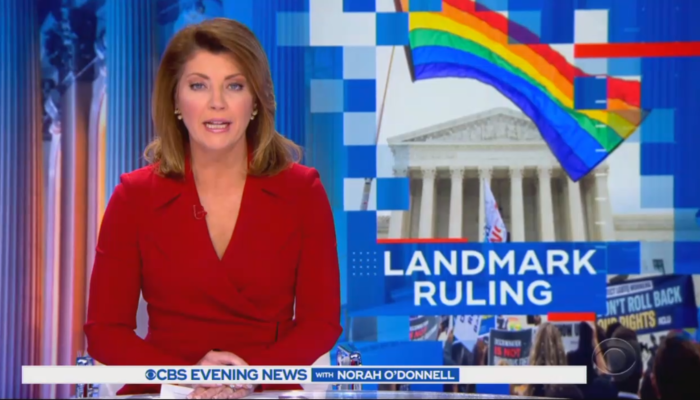 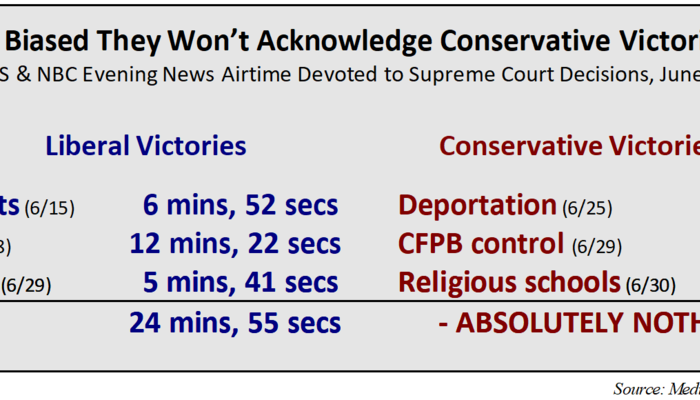