A scoffing Newt Gingrich dismissed the legitimacy of the Washington Post, calling out liberal media bias and declaring the paper not “serious.” Appearing on CBS This Morning, Monday, Norah O’Donnell mentioned Donald Trump’s tendency to hammer at critics. She derided, “Does it matter that he hits back with lies?”

Highlighting what she presumably sees as an unimpeachable source, the co-host chided, “The Washington Post today and Glenn Kessler, who has kept track of this, now [say] the President has surpassed 10,000 false or misleading claims since becoming president.”

This prompted the former Speaker of the House to retort: “I find it hard to take anything the Washington Post writes seriously.” A discussion of media bias isn’t common on CBS and O’Donnell reacted with disbelief: “Oh, come on!”

Gingrich doubled down: “They hate Trump. They hate Trump every day. Their coverage is stunningly biased.”  Co-host John Dickerson argued the equivilant of “close enough” when it comes to the Post's totals: 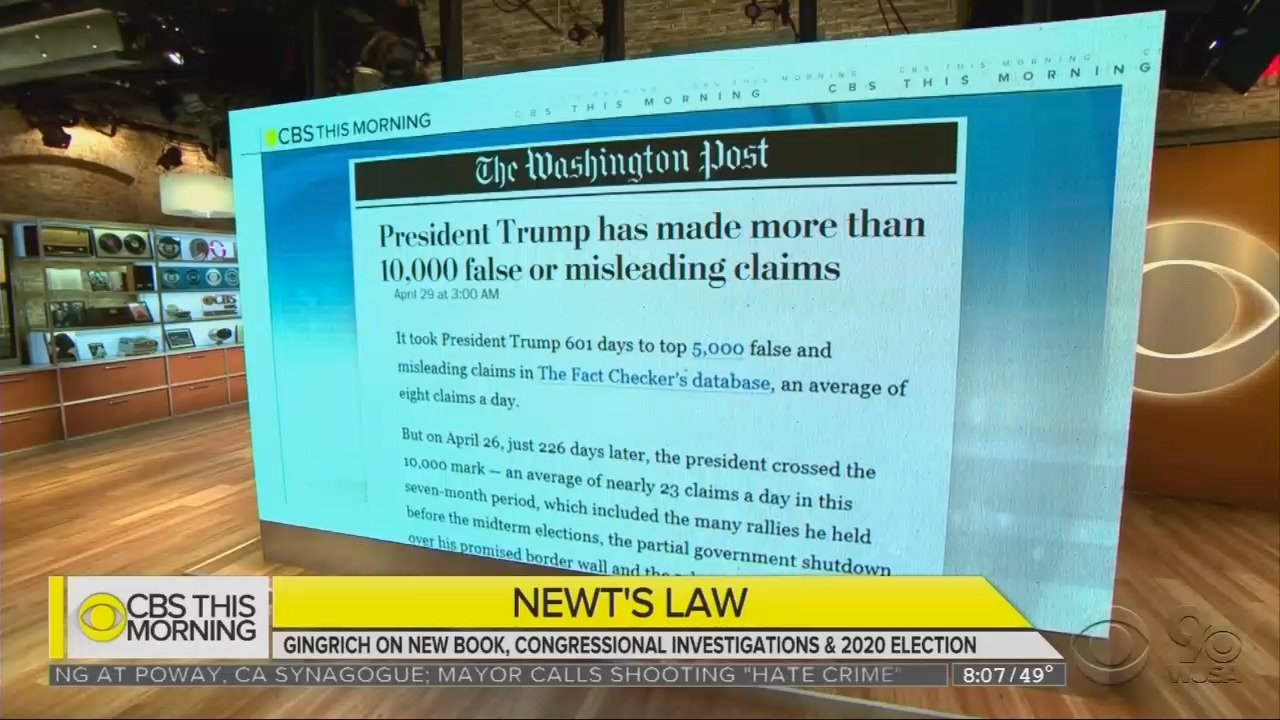 Some of those "lies" compiled by the Washington Post? The President saying that there was “no collusion” in the Russia investigation. Has the Post removed those? No.

On December 12, 2013, Politifact awarded Barack Obama the “Lie of the Year” award for his constant claim that “if you like your health care plan, you can keep it.” According to a Nexis search (for the month of December 2013), CBS didn’t mention Obama being tagged as a liar.

Apparently some liars are worse than others.

A partial transcript of the segment is below. Click “expand” to read more. 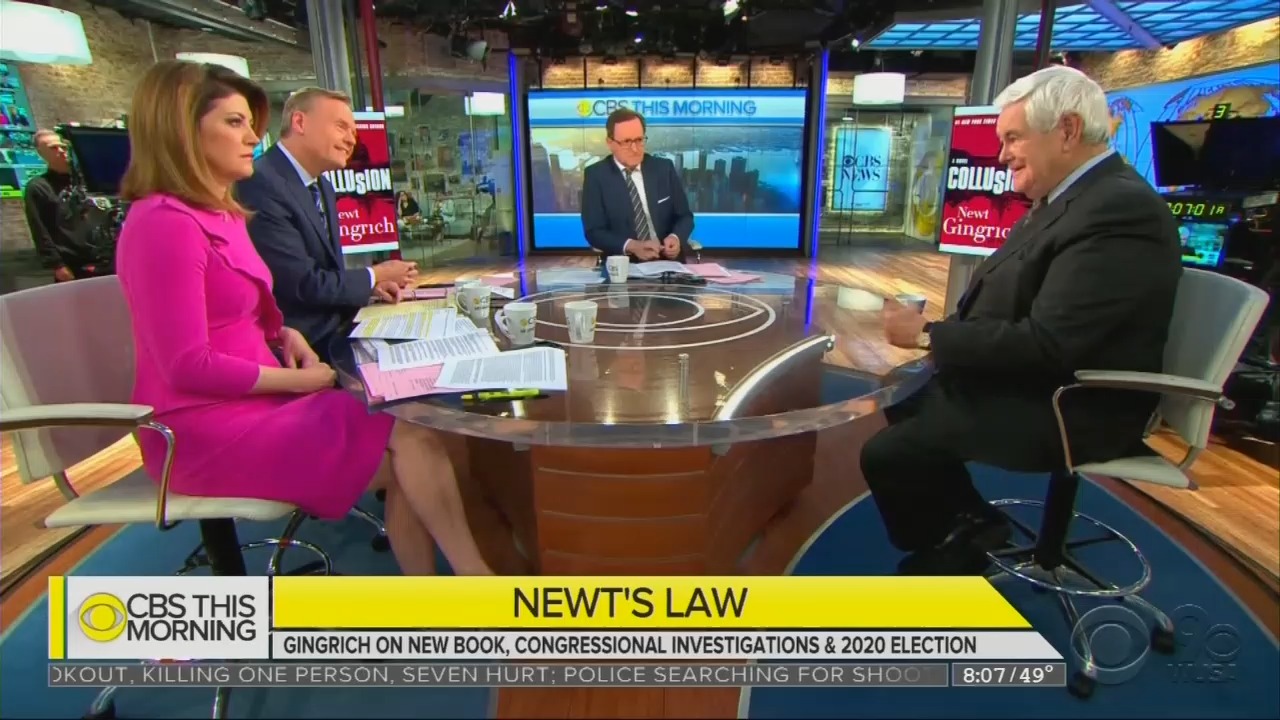 NORAH O’DONNELL: President Trump has tweeted about the Muller report, I think, about 80 times. Including in what our own legal analyst said was one instance in which he essentially contradicted what Don McGahn, his White House counsel told Mueller, which said that could actually put the President in jeopardy. Does the President need to stop talking about this and tweeting about it?

NEWT GINGRICH: Probably not for a while. Trump’s entire career, starting here in New York, is to counter punch. He lived on Page Six of the gossip columns and he learned you hit back harder than they hit. You hit longer than they can hit. And it’s just who he is. I think he gets up in the morning and something triggers the fact that, “Oh, yeah. I’m really mad about this.” And so he hits.

O’DONNELL: Does it matter that he hits back with lies? I mean, the Washington Post today and Glenn Kessler, who has kept track of this, now the President has surpassed 10,000 false or misleading claims since becoming president.

GINGRICH: I find it hard to take anything the Washington Post writes seriously.

ANTHONY MASON: But even Senator Mitt Romney who's a Republican —

O’DONNELL: You can dislike someone and still say they are making false statements.

MASON: Mitt Romney said, “He was sickened at the extent and pervasiveness of dishonesty and misdirection by individuals in the highest office, including the President.”

O’DONNELL: What can you challenge about Mitt Romney’s character?

GINGRICH: But it’s more than fair — Look, people who don’t like Trump can’t get over this. Trump is a businessman. He’s not a politician. He’s not trained by the ways of Washington. He has a tendency to fling things around. And I wouldn’t get up and say, “I’m not going to verify every single thing he says. That’s not who he is. But on big things, he’s been stunningly effective.