Remember back when journalists were skeptical of independent investigations into presidents? In the days when Ken Starr was looking into Bill Clinton, journalists weren’t so supportive. On November 25, 1998, 20/20's Diane Sawyer grilled Starr, saying of the Starr Report: “This has been called demented pornography, pornography for puritans.”

She demanded, “Are you part of a right-wing conspiracy?” Twenty years later, on November 24, 2008, Good Morning America co-host Robin Roberts compared Barack Obama’s cabinet to Lincoln and wondered if they were a “team of geniuses.” A bit of a difference, huh?

Below are Rich Noyes’s collected tweets from the 48th week of This Day in Media Bias History. To get the latest daily examples, be sure and follow Noyes on Twitter. (To see full recaps of the first 47 weeks, go here.) 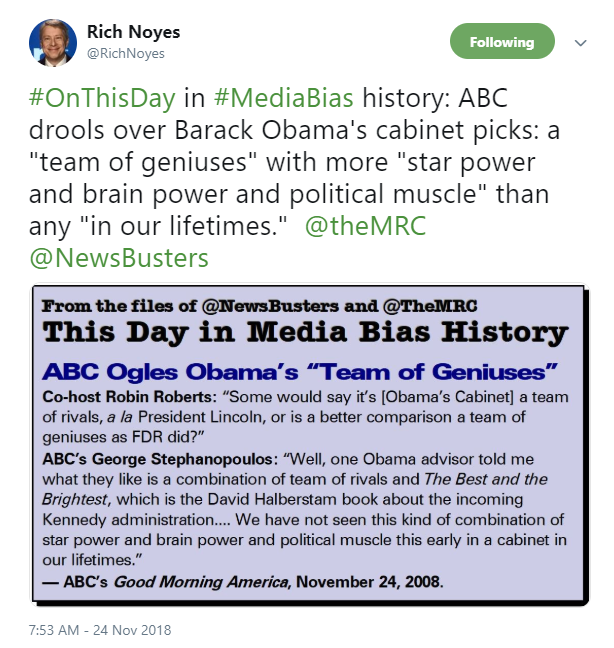 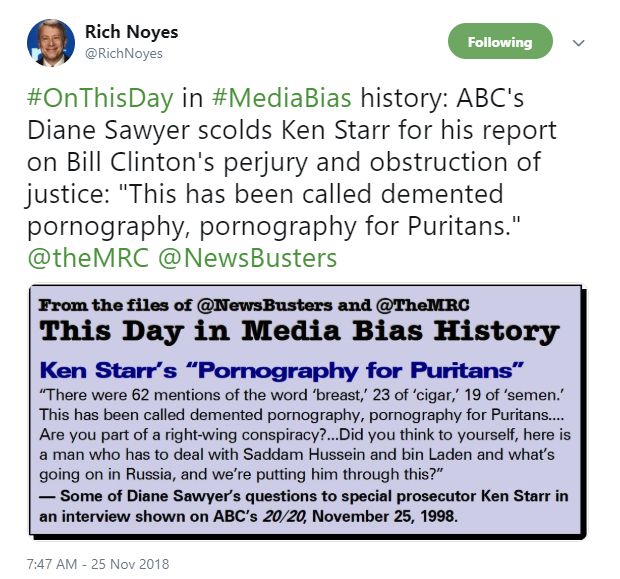 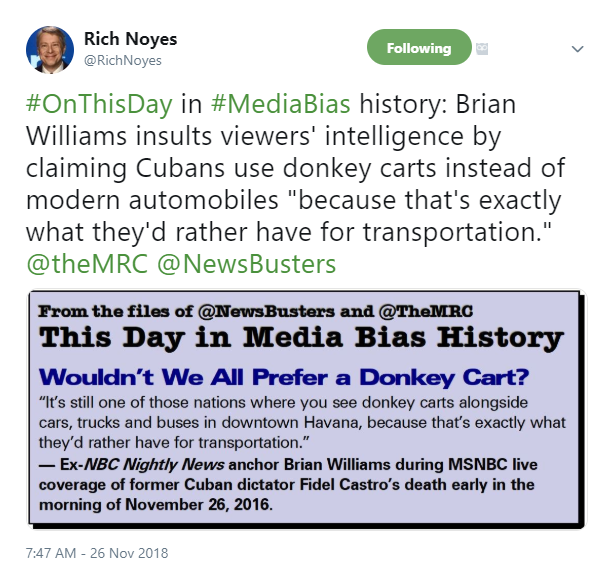 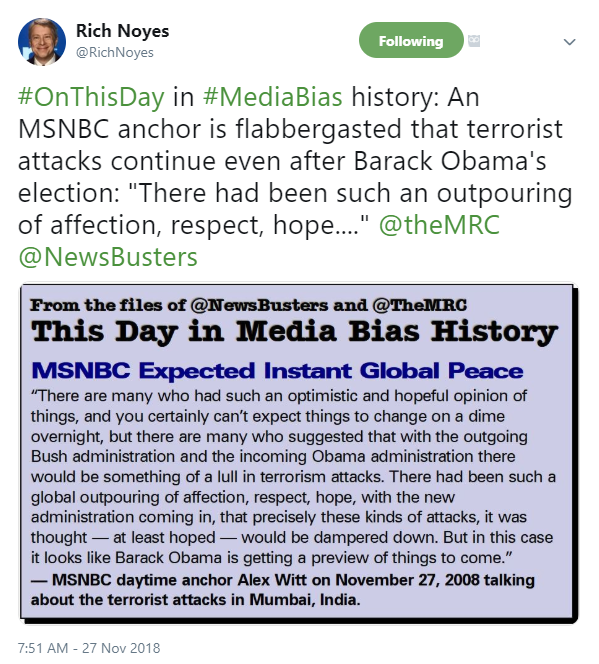 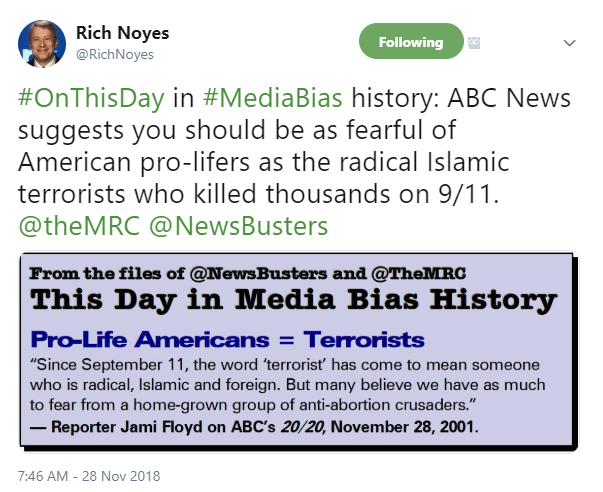 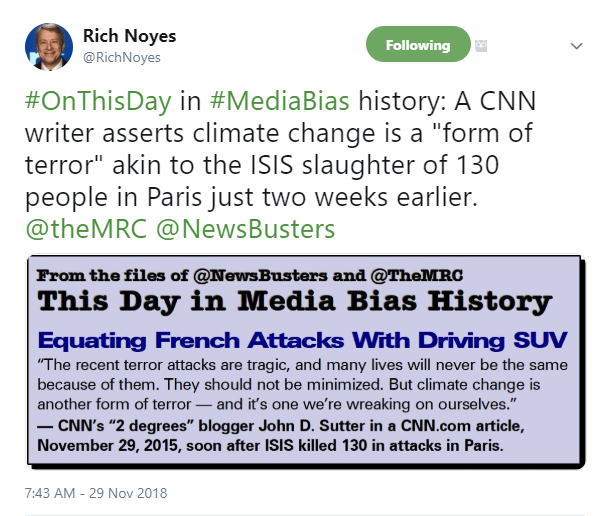 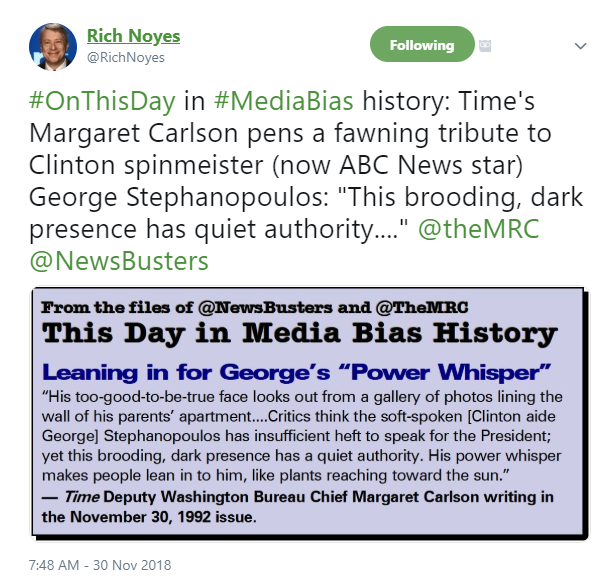