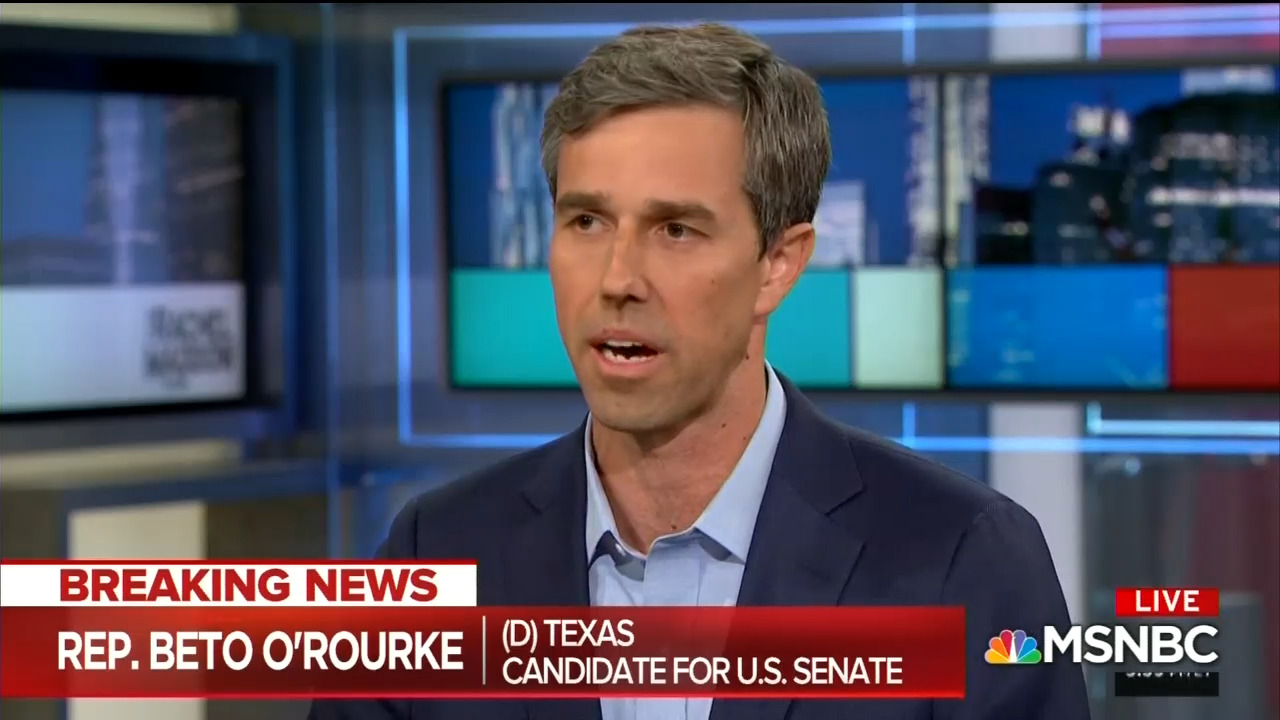 The journalistic gushing over Texas Democrat Beto O’Rourke continued on Wednesday as Vanity Fair insisted not only is the liberal senatorial candidate the man to make Texas blue, he might also topple Trump in 2020.

Journalist Peter Hamby isn’t the first to rhapsodize over O’Rourke, but he may be the most effusive. The writer fawned:

O’Rourke offers not just a path to victory in Texas but an antidote to the entire stupid artifice of American politics in the Trump era. He’s authentic, full of energy, and stripped of consultant-driven sterility. On what planet is Beto O’Rourke not a presidential contender, even if he loses?

So, if he loses, that’s an encouraging sign for a presidential bid? Hamby’s story reads like the worst kind of fanboy praise. The journalist recommends the Democrat because... he sounds like your friends.

The most appealing thing about O’Rourke is both delightfully uncomplicated and extremely powerful: he talks about politics like you and your friends do.

Perhaps Hamby meant HIS friends? (The journalist, it should be pointed out, previously worked for CNN.)  If this adulation wasn’t enough, the Vanity Fair writer compares the young Democrat to Barack Obama:

A few days later, I e-mailed a Texas beat-reporter friend to ask her about O’Rourke’s crowds. It seemed like a silly question. In our data-focused world, crowd sizes aren’t supposed to be meaningful political guideposts. But that’s also the same logic all of us smarty-pants reporters used to dismiss Trump’s early crowds.

Well, Hamby has one thing right. Certainly, the liberal media fawning over this candidate feels like the effusive hyping of Obama.

Journalists can’t get enough of O’Rourke. In May, Time magazine enthused over the “handsome and charismatic” liberal. Writer Nash Jenkins insisted: “Elderly voters some-times tell him that he reminds them of John F. Kennedy.”

It’s unclear if Texans will embrace a candidate who has an F-grade from the NRA and has been endorsed by the hard-left abortion group NARAL. But journalists certainly will be doing their part.