Guilt By Association: Mitchell Sneers That Montana Assault Is ‘Extension’ of Trump

Guilt by association. That’s what Andrea Mitchell believes. Despite the fact that Donald Trump is on another continent, the Andrea Mitchell Reports anchor thinks that the assault against a journalist by a Montana congressional candidate is an “extension” of the President. Talking about Greg Gianforte’s attack on Guardian reporter Ben Jacobs, the MSNBC host connected, “There is so much hostility, frankly, to the press, a lot of it generated by the Donald Trump rallies.”

Mitchell declared, “And a lot of my colleagues faced the blowback from that. So, this is kind of an extension of that.” MSNBC has pretty much lost it since the story broke on Wednesday night. Washington Post writer and All In panelist Jennifer Rubin connected the assault to Trump: “The fish rots from the head.”

Over on CNN, Dylan Byers blamed the “anti-media rhetoric” and “incivility” from conservatives. 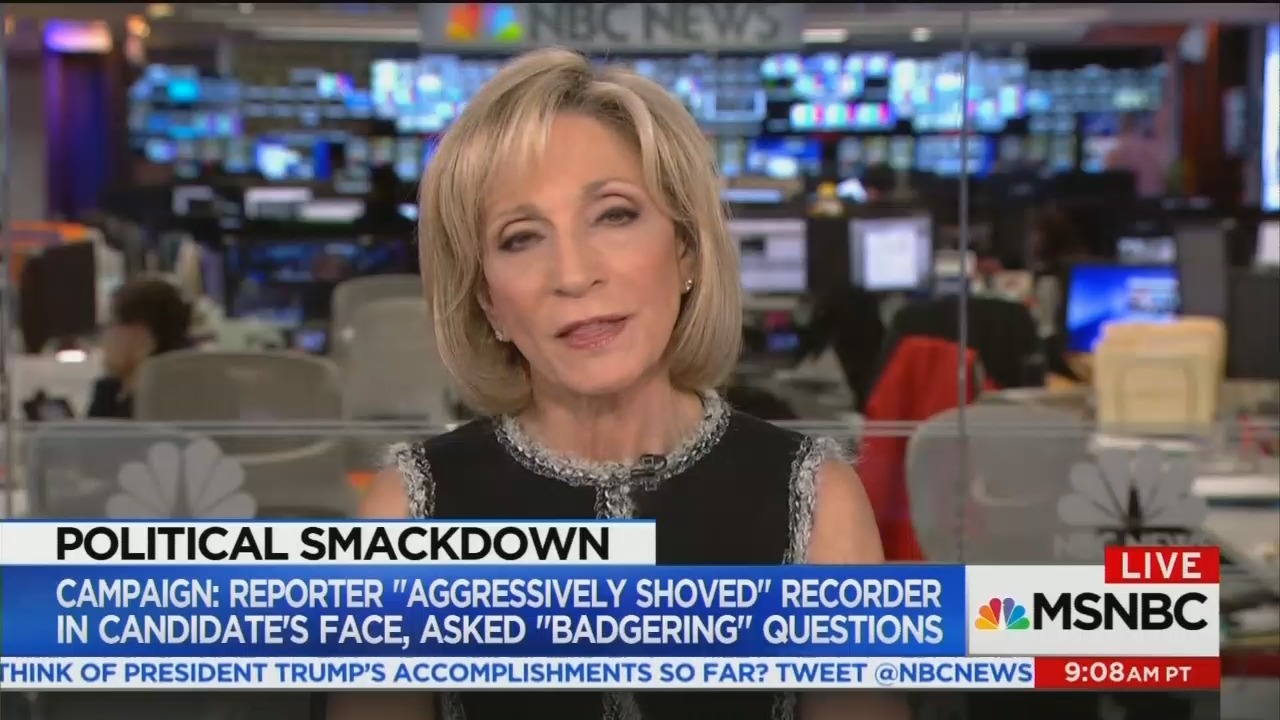 ANDREA MITCHELL: What is the political impact of this? And take a step back because a lot of my colleagues have worked alongside this reporter. They say that he is a very even tempered person, that there was nothing that Ben Jacobs did to elicit this kind of response, but there is so much hostility, frankly, to the press, a lot of it generated by the Donald Trump rallies, frankly. And a lot of my colleagues faced the blowback from that. So, this is kind of an extension of that. Is it not?

MITCHELL: The very fact that Donald Trump called the press the enemy of the people does te it to a new level.

JONATHAN CAPEHART: And when you add that to what Yamiche pointed out, the Trump presidential campaign and his yelling at reporters, ginning up the crowd to literally turn around and yell obscenities at reporters, it adds to the sense that we have a government where —  let me put it this way, Andrea: the Constitution only protects one profession in the entire sacred document. That is the freedom of the press. There should be a respect among the press and the people the press covers.