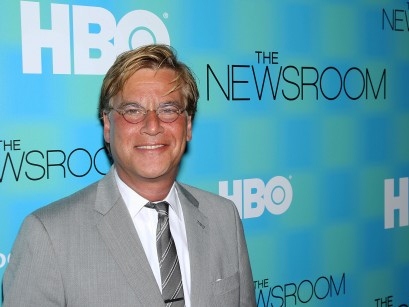 The Hollywood freak out over Donald Trump’s victory continued on Wednesday. West Wing creator Aaron Sorkin wrote an open letter to his daughters in which he snarled, “The Klan won last night. White nationalists. Sexists, racists and buffoons.” The missive was published in Vanity Fair and includes unrestrained venom such as this: “Hate was given hope. Abject dumbness was glamorized as being ‘the fresh voice of an outsider’ who’s going to ‘shake things up.’”

Talking to his teenage daughter, the filmmaker called for liberals to “fucking fight" and discussed the possibility of impeachment.  The writer/producer added, “If he [Trump] does manage to be a douche nozzle without breaking the law for four years, we’ll make it through those four years.”

Sorkin mourned, “Your tears last night woke me up, and I’ll never go to sleep on you again.”

Speaking of “hate” and dumb comments, Sorkin would know. In his Newsroom TV show for HBO in 2012, he compared the Tea Party to the “American Taliban.”