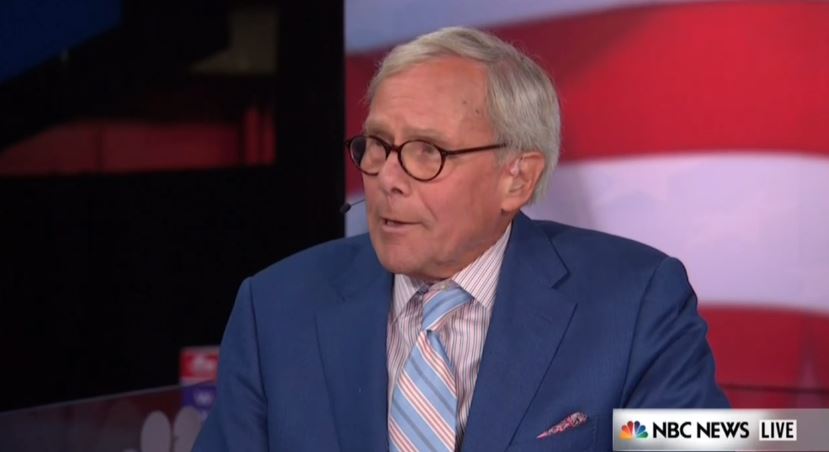 “The fact of the matter is, however, as you look at this audience and as you look at the message, even with Mrs. Trump saying what she said, it's a pretty divisive message. There was no attempt to really pull the country together. It’s kind of separating one against the other, which worked so successfully for him. All the pollsters say they go out and talk to groups, and they talk about some of the outrageous things he's said and the way he's challenged people even in his own party. They don't care. They like him for who he is, taking on the conventional way we do business.
— Former anchorman Tom Brokaw on NBC during live coverage of the Republican convention, July 18. 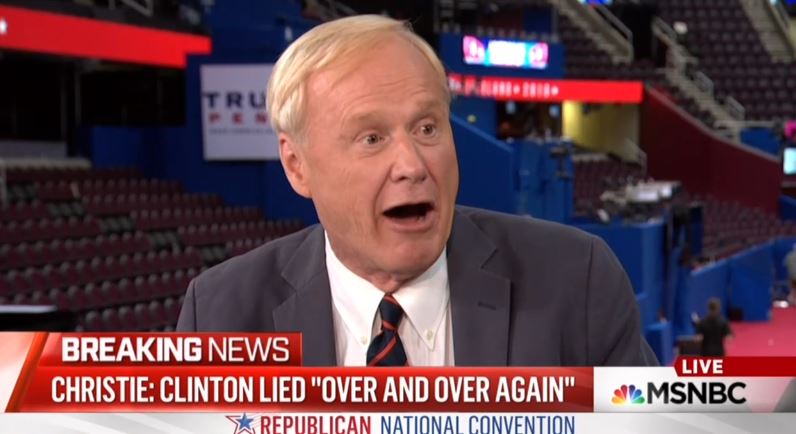 “First of all, an overall sort of aesthetic, historic assessment. when Christie was up there with that very rough justice, I might put it, of Hillary Clinton, and he kept saying, “In each case I'm going to ask you for your verdict,” it did remind me of those old swords and sandals movies with the Roman emperor going up and down in the coliseum. And I get the feeling, he wanted — if they had said, 'Kill her now!' –  it was almost that bloodthirsty. [Makes a thumbs down.] It was like this stuff. And the audience, as requested, responded always with the verdict of guilty. And they said it in a blood curdling way every time.”
— Chris Matthews during live coverage of the Republican Convention, July 19. 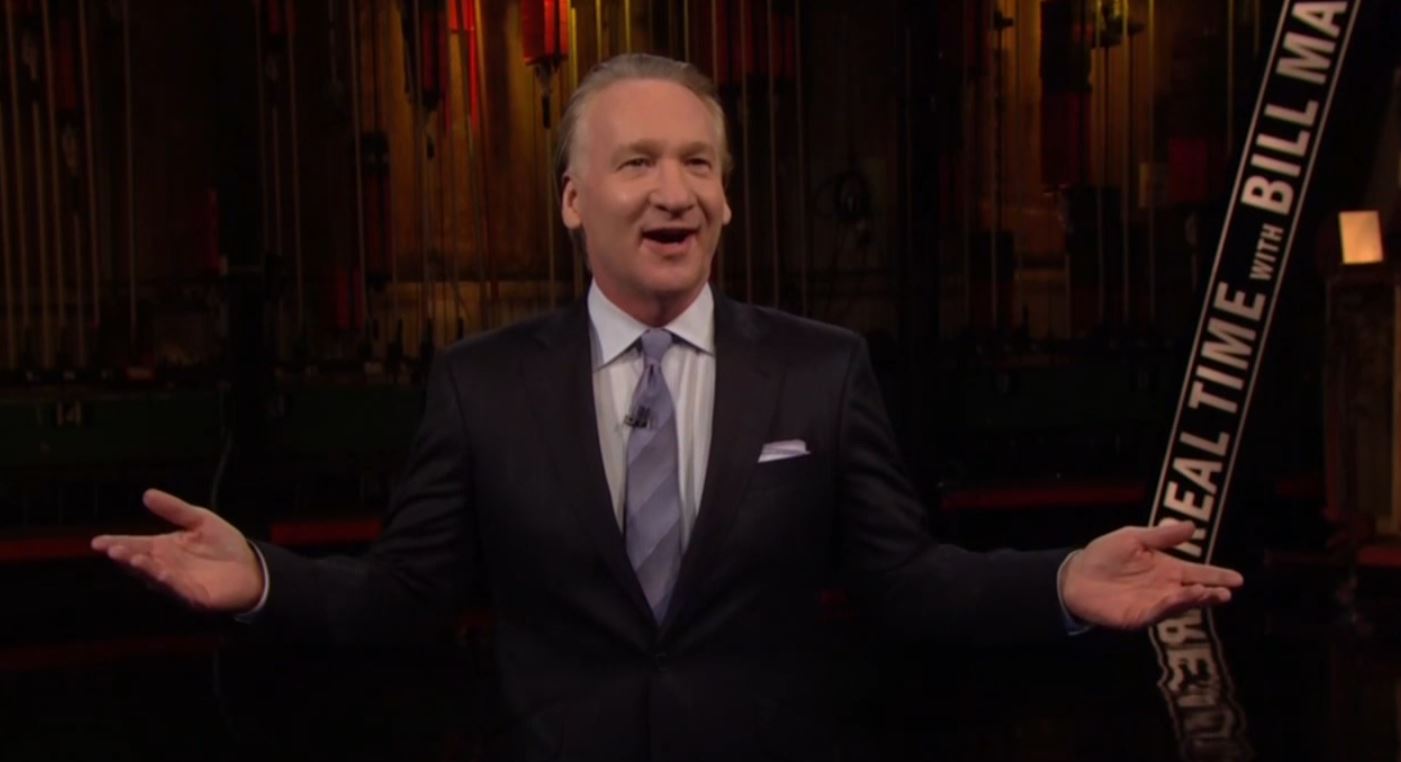 “So all I have to say is after this embarrassing Third World cat fight that we just saw, this noxious gathering of short-bus lynch-mob people, are you Bernie people voting for Hillary now? [Applause.] Thank you, thank you. This convention did answer a few important questions for the American people like could another Nazi Germany happen here?”
— Bill Maher on HBO’s Real Time, July 21.

“I've said this from the beginning. This whole election to me is a referendum on decency. Just fundamental decency. I mean, the hatred we have heard. People talking about how Hillary should be treated as a traitor. It's like the best thing that could happen to her is a painless death. What they should really do is, you know, tear her fingernails out and then shoot her.”
— Maher later on the same show. 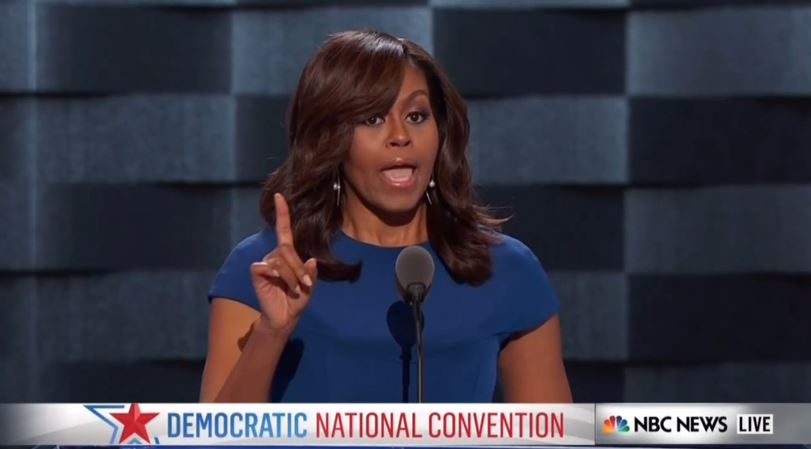 “And the way that she built that moment was exceptional. What she did was take on Donald Trump and put Hillary Clinton in the Oval Office, saying this is a woman who is experienced, who can handle the military, can handle the nuclear codes. She keeps coming back, she doesn't give up, and then made that graceful transition into her own experience, a young woman who grew up in Chicago, whose father worked in a municipal work part and then went to Ivy League education, came home and married this remarkable man, Barack Obama, whatever you feel about their politics, they have been an exceptional family in the White House. She conveyed all those values and said that Hillary will continue them without saying she'll continue to be what my husband set out to do as president. I think it was about as pitch perfect an endorsement you can get.”
— Retired NBC anchorman Tom Brokaw during the Democratic convention, July 26. 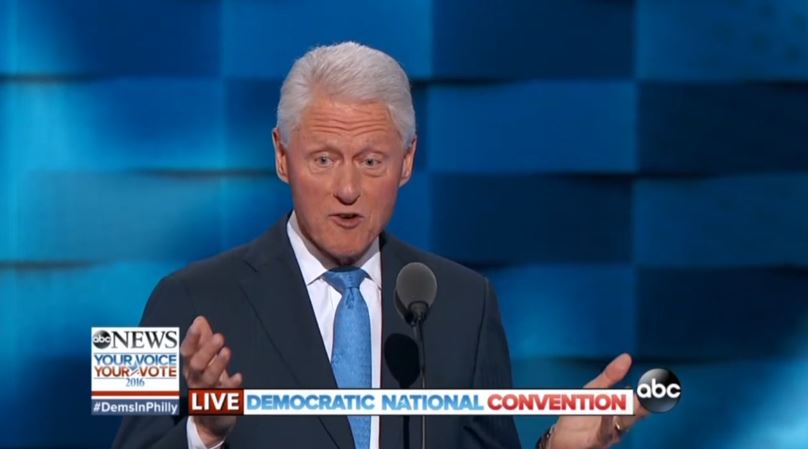 "I have to tell you, sitting out here, this felt very much like Bill Clinton telling a family story at a bar, or around the dinner table at a holiday. It was a play by play of their life and he started by saying, I met a girl back in the spring of 1971, talking about the three times that he had to propose to her before Hillary Clinton finally said yes. We knew this was going to be a personal story but we didn't know this was going to be Bill Clinton attempting to reintroduce one of America’s best known politicians to this country. George, her campaign has long said, behind the scenes, that he is the secret weapon for her on this campaign trail and tonight, he proved himself to be a very valuable asset going forward."
— ABC campaign correspondent Cecilia Vega during the Democratic National Convention, July 26.

6. Andrea Mitchell Thinks Obama Is ‘as Great a Speechwriter' as Lincoln 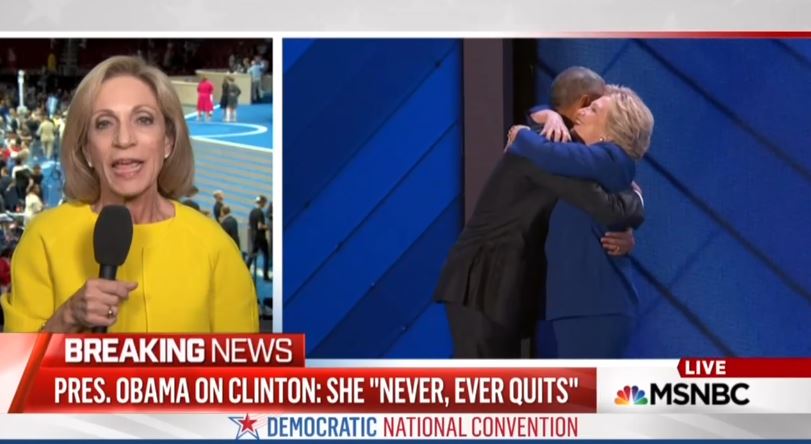 “Extraordinary in invoking the Framers thoughts to form more perfect union, the most optimistic speech, the most generous speech, politically, having covered the campaign eight years ago, I could have never have imagined this kind of embrace of Hillary Clinton. The genuine affection, obviously his legacy at stake, and when he said there's never been anyone, not man or woman, not me, not Bill, as qualified to be president of the United States, he passed that baton. He did it with such — such generosity, as I say, when he invoked the audacity of hope, all of the spirit, all of the creativity of his own brilliant speech writing and conferred that upon her.... I don't think we've ever had a President, save Lincoln, who is as great a speechwriter as this man.”
— Andrea Mitchell during the Democratic National Convention, July 27.