All three networks on Tuesday morning censored the bombshell news that all the e-mails from Hillary Clinton’s top IT staffer, the man who set up her private server, are missing. This is despite a combined eight hours of air time on ABC’s Good Morning America, CBS This Morning and NBC's Today. Instead of covering this important development, these same programs devoted eight minutes and 38 seconds to a new anti-aging gel. Not exactly the most pressing story.

On Fox News, Monday, Megyn Kelly broke the story: “A new bombshell in the investigation into Hillary Clinton’s e-mail scandal. The State Department now says they can't find any of the e-mails from the Clinton staffer responsible for setting up the infamous private server.” Judicial analyst Andrew Napolitano marveled “Now we find out tonight that the most significant of her staffers...they can't find his e-mails.”

ABC’s Good Morning America focused on “the end of wrinkles" for two minutes and 40 seconds, but the journalists allowed nothing on Clinton’s e-mails. Instead, the story was relegated to ABCNews.com:

The State Department said today it can’t find Bryan Pagliano’s emails from the time he served as Secretary of State Hillary Clinton’s senior information technology staffer during her tenure there. 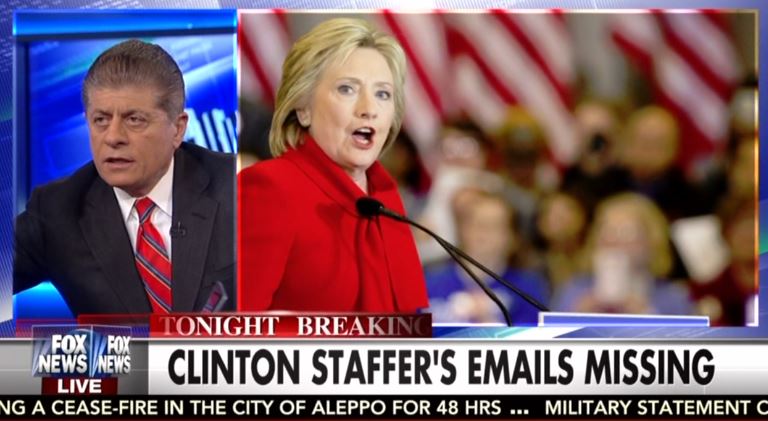 Pagliano would have been required to turn over any official communications from his work account before he left the government. State Department officials say he had an official email account, but that they can't find any of those records he would have turned over and continue to search for them.

“The Department has searched for Mr. Pagliano’s email pst file and has not located one that covers the time period of Secretary Clinton’s tenure,” State Department spokesman Elizabeth Trudeau said today, referencing a file format that holds email. 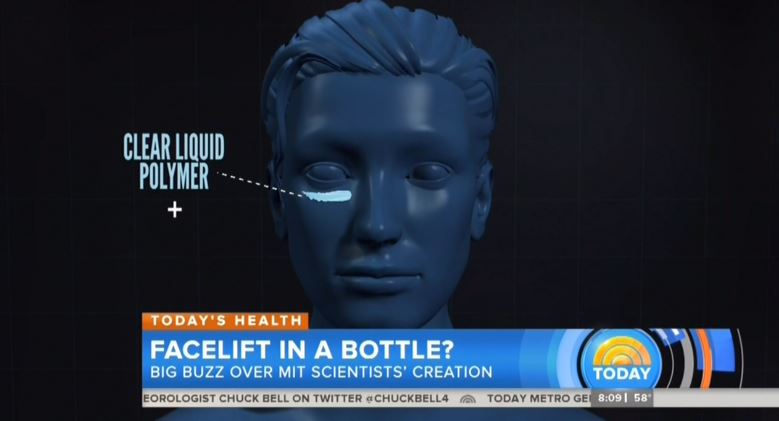 NBC’s Today, a four hour program, also avoided Clinton. The show’s hosts spent three minutes and 13 seconds on the wrinkle gel, cheering a “facelift in a bottle.” CBS This Morning’s journalists focused on the product for two minutes and 45 seconds. But nothing on Clinton’s server and the missing e-mails.

A partial transcript of the breaking news on The Kelly File segment, which aired at 9:40pm on May 09 is below: 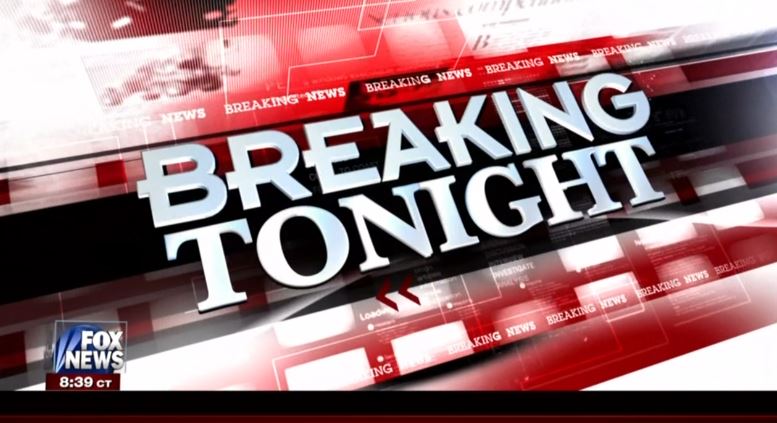 MEGYN KELLY: Breaking tonight: A new bombshell in the investigation into Hillary Clinton’s e-mail scandal. The State Department now says they can't find any of the e-mails from the Clinton staffer responsible for setting up the infamous private server. None of them. Joining me now, Fox News senior judicial analyst Judge Andrew Napolitano. All right. So, I don’t know if this is a bombshell. Is this a bombshell?

ANDREW NAPOLITANO: It's something that causes closer and closer to a perfect storm for Mrs. Clinton. There's a lot of moving parts. Last week her five closest aides were interviewed by the Department of Justice and the FBI. One of them reportedly said, “I don't remember, I don't remember, I don’t remember.” Next week, Mrs. Clinton will be interviewed by the FBI, even though she told all kinds of reporters over the weekend, “I’ve never heard from them.” Of course she never heard from them. Her lawyer has heard from them. Next week, her closest aides will be giving a deposition and an examination under oath outside the courtroom on the whereabouts of e-mails.

Now we find out tonight that the most significant of her staffers, the guy she paid $5,000 to to commit a felony, to migrate her secret e-mails from a government server to a non-secure personal server, her IT specialist, they can't find his e-mails. And at the same time, we learn, there's a debate going on in the Kremlin between the foreign minister and the intelligence servers about whether they should release the 20,000 of Mrs. Clinton's e-mails that they have hacked into and received and stored. All of this is happening at once.