The networks on Saturday, Sunday and Monday gushed over Barack Obama’s “powerful” commencement address to Howard University, highlighting the President’s self-serving calls for compromise and touting how successful he’s been. CBS This Morning co-host Gayle King on Monday unquestioningly hyped, “I thought one of most important things he said is when he said when you disagree with somebody, you got talk about it. You can't reach any kind of agreement or compromise without talking.”

How often has the President compromised on ObamaCare or gun control? King didn’t discuss Obama’s tendency to “listen.” Instead, she praised, “It was such a powerful speech....  I thought that was a powerful statement that many people need to hear.”

On Sunday’s Today, Willie Geist promoted the President’s bragging about his accomplishments:

WILLIE GEIST: We're in full graduation season this weekend. President Obama the commencement speaking at Howard University on Saturday where he urged students to use their passions to take action instead of sitting by and waiting for things to change. The President also joked about the state of the country graduates are entering.

BARACK OBAMA: America is by almost every measure better than it was when I graduated from college. It also happens to be better off than when I took office, but that's a longer story. 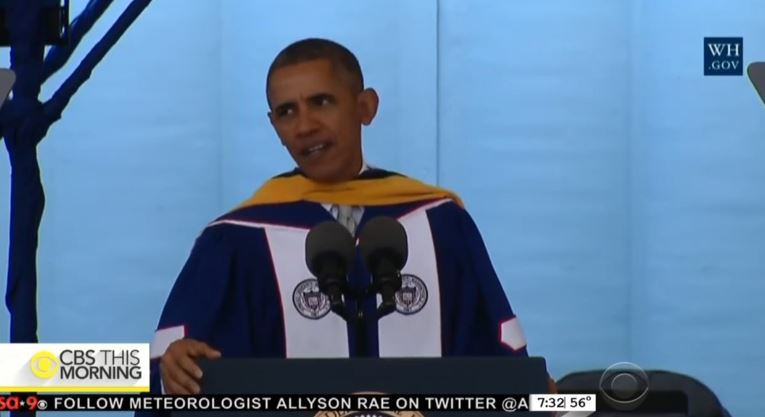 DEMARCO MORGAN: Whether his message was about race or the economy, President Obama offered himself up to the class of 2016 as an example of how bright their future can be.

BARACK OBAMA: And when your journey seems too hard, and when you run into a chorus of cynics who tell you that you are being foolish to keep believing, you might say to yourself a little phrase that I found handy these last eight years: Yes, we can. 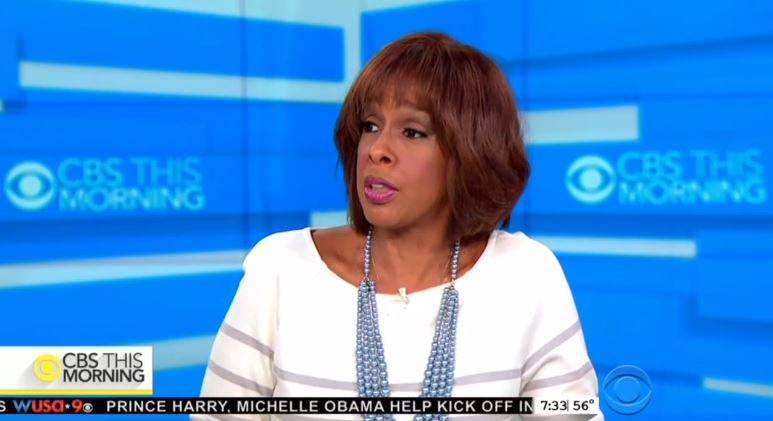 GAYLE KING: The Chicago Sun Times has one of the reactions to President Obama’s commencement address at Howard University. Columnist Lynn Sweet says the President on Saturday took on the complicated matter of race relations. The President told graduates of the historically black college to be proud of who they are.

GAYLE KING: President Obama said that while there's been progress, his election did not create a post- racial society. It was such a powerful speech to such a really —  the audience was clearly listening with both ears. But it didn't just go to the Howard University graduates. I thought one of most important things he said is when he said when you disagree with somebody, you got talk about it. You can't reach any kind of agreement or compromise without talking. I thought that was a powerful statement that many people need to hear.

CHARLIE ROSE: A lesson for all.

KING: Yeah! Very much so.