According to the networks on Friday, Jon Stewart's departure from the Daily Show means "America's satirical voice," the man who held the powerful "accountable," had said goodbye. A more honest reading would be that a low-rated liberal comedian left his basic cable television show.

Instead, Good Morning America's Lara Spencer mourned, "He started out as a comedian and really evolved into holding politicians, media accountable for everything you say." On that score, "he's done a terrific job."

On NBC's Today, Carson Daly saluted, "There were a few laughs and a few tears as Jon Stewart signed off from the show he turned into a cultural phenomenon." Co-host Natalie Morales described Stewart as the man we "are going to miss more than ever now." 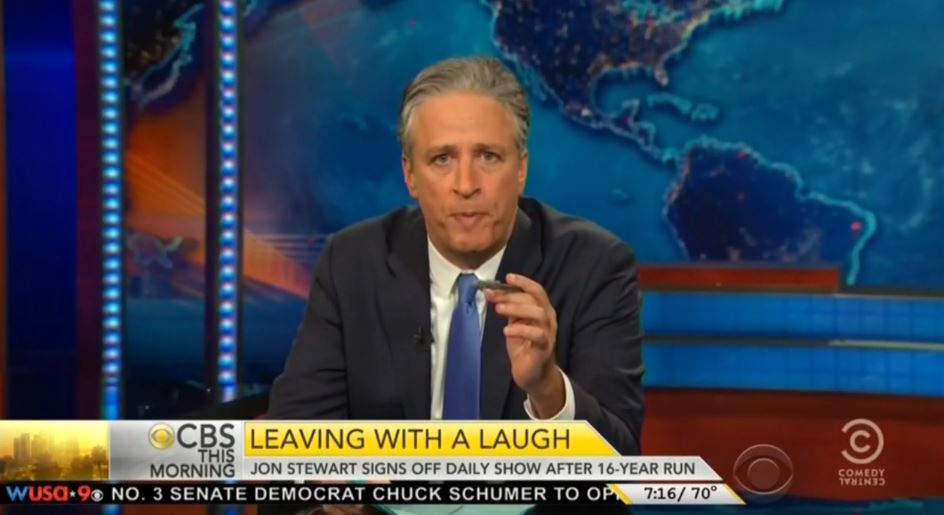 On Thursday, the networks fretted the loss of America's "trusted, "profound" "beacon." But as the website FiveThirtyEight.com pointed out, Stewart's reach and ratings were always small:

Stewart, simply put, has been speaking to only a small group of people. You can see this in his television ratings. While it may shock some, the vast majority of Americans didn’t watch Stewart. Indeed, the vast majority of late-night viewers didn’t watch him. Last month, “The Daily Show” pulled in about 1.15 to 1.3 million viewers daily. Even if you include the roughly 250,000 viewers that, on average, watch “The Daily Show” on its website, Stewart’s audience is, at best, an average of about 1.5 million. According to Nielsen NNTV data, “Jimmy Kimmel Live” and Jimmy Fallon’s “The Tonight Show” were seen by an average of 2.7 and 3.7 million people, respectively, in the final quarter of 2014.