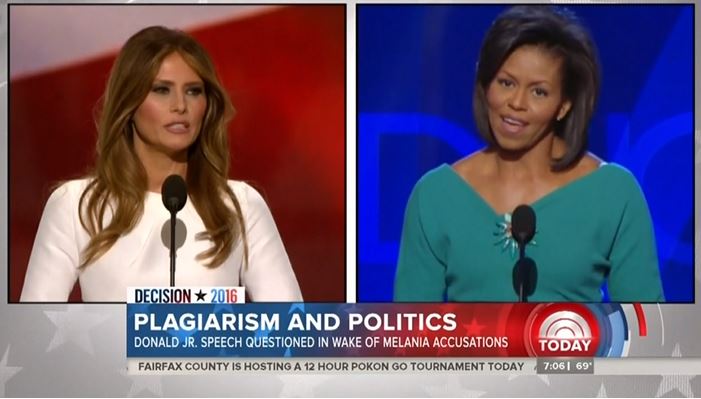 It’s been a day and a half since the establishment liberal media sank their jaws into the Melania Trump “plagiarism” story, and they are showing few signs of letting go, with heavy coverage on the broadcast networks’ Tuesday evening and Wednesday morning news shows.

Eight years ago, however, when a similar flap threatened then-Democratic presidential candidate Barack Obama, the broadcast networks generated much less coverage — just 14 minutes of airtime, or barely one-fourth what they’ve churned out this week.

From Tuesday morning through Wednesday morning, the broadcast morning and evening news shows have spent 59 minutes, 25 seconds covering the flap over similarities in Melania Trump’s speech on Monday vs. one given by Michelle Obama at the 2008 Democratic convention. 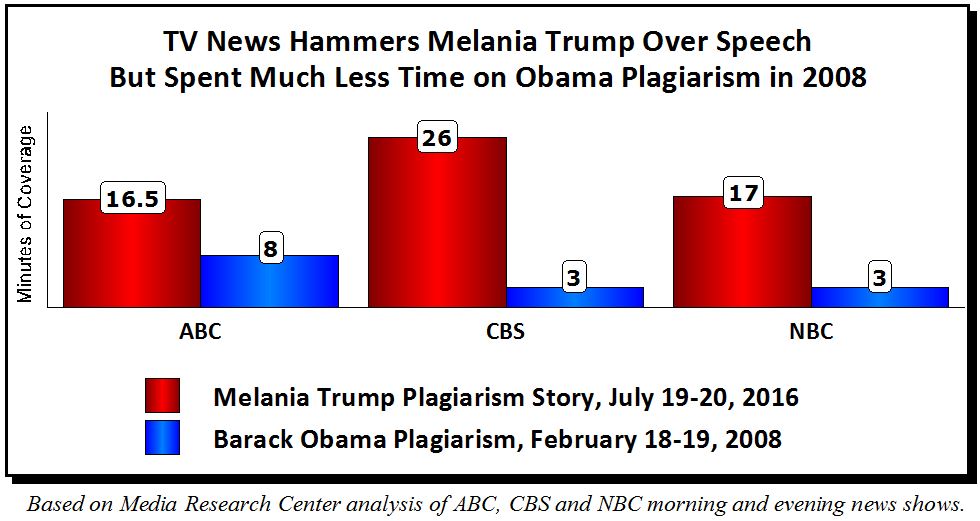 CBS has spent the most time on this (25 minutes, 52 seconds), followed by NBC (17 minutes, 6 seconds) and ABC (16 minutes, 27 seconds). ABC’s Jon Karl padded his report this morning by relaying social media mockery of Mrs. Trump: “The hashtag #FamousMelaniaTrumpQuotes trending online, joking about Melania making up other famous phrases like ‘you can’t handle the truth,’ ‘Luke, I am your father,’ and ‘I have a dream.’” 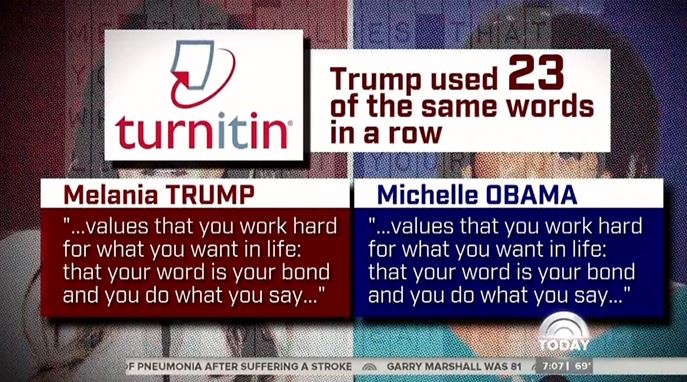 Over on NBC’s Today, correspondent Hallie Jackson chose a geekier approach, running both speeches through an online word analyzer to document the overlap: “The popular plagiarism site TurnItIn.com found that six percent of Trump’s entire speech matched the First Lady’s eight years ago. Word for word, the site found, Trump used 23 of the same words in a row that Obama did.”

Melania Trump, of course, is not the candidate herself, nor is she regarded as a master speechmaker. But that’s exactly how journalists saw Barack Obama in 2008, when he was caught recycling rhetoric from then-Massachusetts Governor Deval Patrick, a political ally. 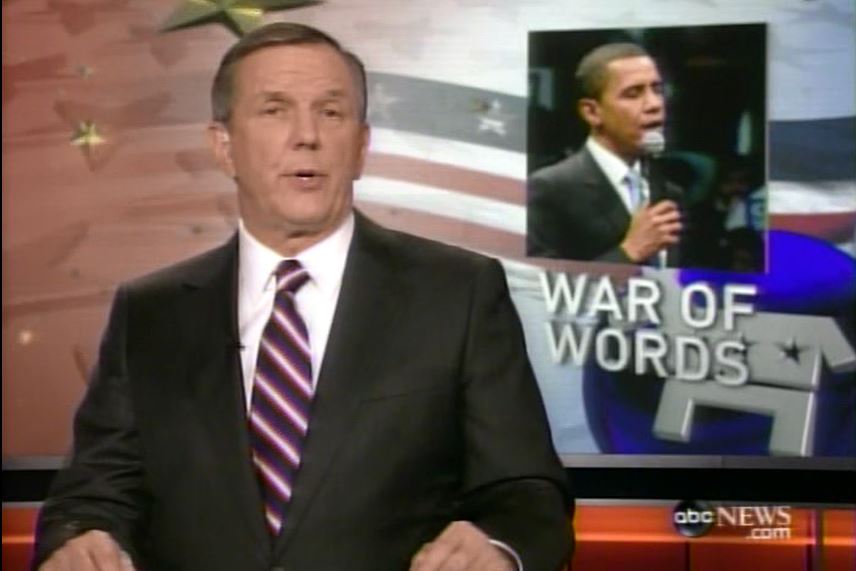 “Obama has made much of his ability to inspire, that words can truly matter in trying to unite a nation,” ABC anchor Charles Gibson intoned on the February 18, 2008 edition of World News. “But now it turns out some of the words that he uses are not his own.”

As with Mrs. Trump and Mrs. Obama, all three networks ran clips of Obama’s February 16, 2008 speech alongside clips from Patrick’s October 15, 2006 speech using identical language to argue that inspiring rhetoric matters: “We hold these truths to be self evident, that all men are created equal — just words. We have nothing to fear but fear itself — just words.”

The first network coverage of Obama’s evident plagiarism appeared on Monday, February 18, 2008. Over the next day and a half, CBS produced only 2 minutes, 58 seconds of coverage, or less than one-eighth their total coverage of the Melania Trump flap.

NBC offered a nearly-identical amount of coverage — three minutes, exactly. The February 19, 2008 Today show included a long interview co-host Matt Lauer had conducted with Obama the day before, at the height of the controversy, but Lauer never asked Obama about his plagiarism. 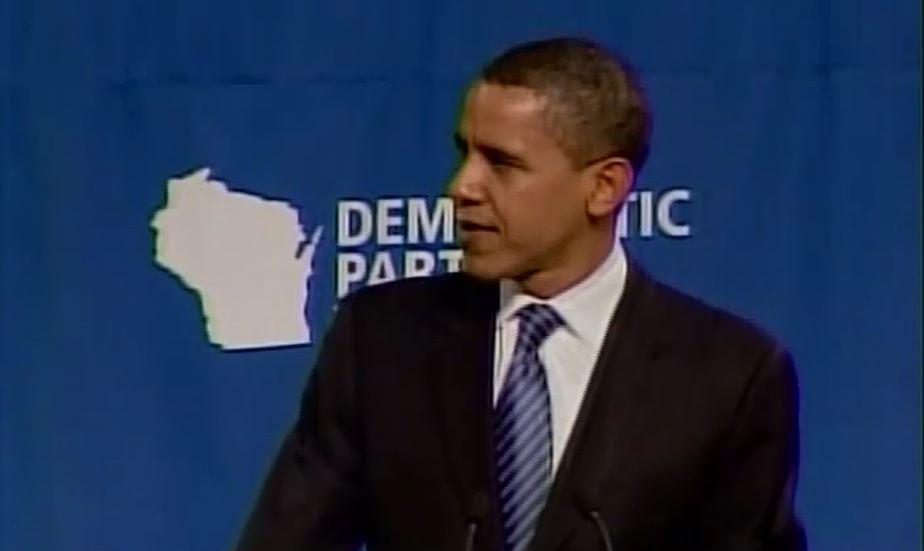 ABC offered the most coverage, but also did the most to excuse Obama’s conduct. “Politicians steal slogans more often than comedians steal jokes,” correspondent David Wright argued on the February 18 World News.

The next morning, ABC’s Good Morning America hosted Governor Patrick for a three-and-a-half minute interview to say how delighted he was that Obama was borrowing his language. “Barack Obama’s candidacy is not only about words, it’s about really great ideas,” Patrick enthused. “I think that is the tremendous power of Barack Obama, and I’m neither surprised nor troubled that he used the words that I asked him to use of my own.”

The questions about Melania Trump’s speech are legitimate and deserve coverage, but the networks have blown this all out of proportion. If suspected plagiarism by an actual presidential candidate deserves only 14 minutes of coverage, then how does the same alleged offense by a candidate’s wife merit four times as much journalistic scrutiny?