Trouble in Democrat-Land: 'Obamaworld Is Mad' at Bloomberg's Obama Ads

We’re less than two months into 2020, and the Democratic back-biting is in full swing. Gabriel Sherman at Vanity Fair wrote an eye-opening article the headline

“Mike Would Have Dinner Parties and Piss All Over Obama”: Why Obamaworld Is Mad About Bloomberg’s Obama Ads

A 30-second advertisement playing incessantly in states like Virginia includes Obama touting Mayor Bloomberg's "extraordinary leadership," with the implication that this is a presidential endorsement. It’s drawn the ire of officials in “Obamaworld” who describe the campaign as an “incredible turnoff.””

Obamaworld, with its long memory, was not happy. “I was triggered by the ad,” a former Obama official said. “The ubiquity of the ads is what bothers me,” Dan Pfeiffer, Obama’s former communications director told me. “Bloomberg didn’t endorse Obama in 2008, and in 2012 he offered a tepid endorsement that included parts that read like an RNC attack ad.”

Several recent reports have acknowledged Bloomberg’s policy differences with Obama, but sources close to both men tell me the antagonism runs much deeper. In private, Obama thinks Bloomberg acted high-handed and arrogant, while Bloomberg has told friends that Obama is a lightweight, sources said. “Mike would have dinner parties and piss all over Obama when he was president. I know because I attended them,” a prominent Democratic donor told me.

The chasm between Bloomberg and Obama first opened when Obama ran in 2007. Bloomberg seriously considered getting into the race. When he didn't, he threw his support to establishment Republican John McCain.

Sherman loves his anonymous sources. At least Pfeiffer is on the record. 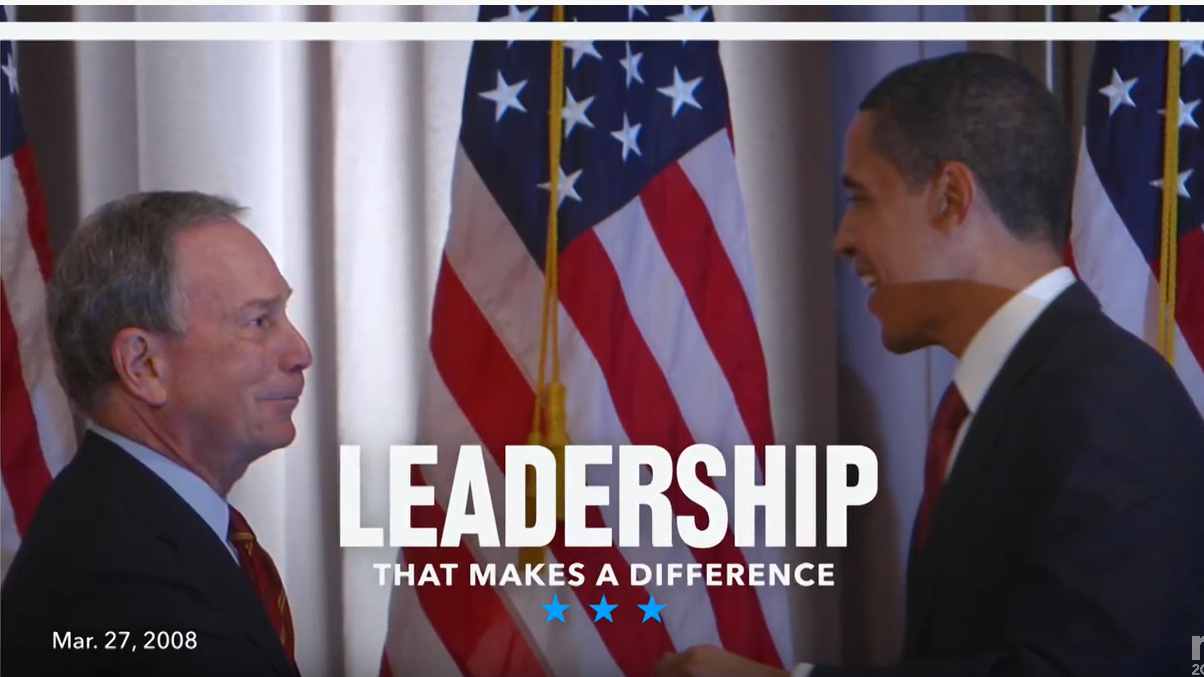 A confidant of both Bloomberg and Obama told me the tension between them was in part fueled by Bloomberg’s belief that he should be president. “Bloomberg would belittle Obama in private. It was like, That should have been me in the White House. There was jealousy there,” the source said.

Although Bloomberg is running to defeat Donald Trump, some people close to the campaign say Bloomberg’s embrace of Obama is, well, Trumpian. “It’s becoming an incredible turnoff. He’s flooding the airwaves with nonstop ads that are just not accurate,” a prominent Democrat who speaks frequently to the campaign told me.

Yet another anonymous source whispered that Bloomberg didn’t want to debate the other candidates. Instead, he hoped to just saturate the primary states with TV ads and avoid the press until Super Tuesday, which drew great resentment from the other candidates, who are facing interviews and CNN town-hall meetings where they can be picked apart (by other Democrats, including the journalists). But the DNC changed the requirements, and qualified him to appear on stage. .

Of course, we can only wonder what Bloomberg thinks after his “awful” performance during Wednesday night’s Democratic debate in Las Vegas.