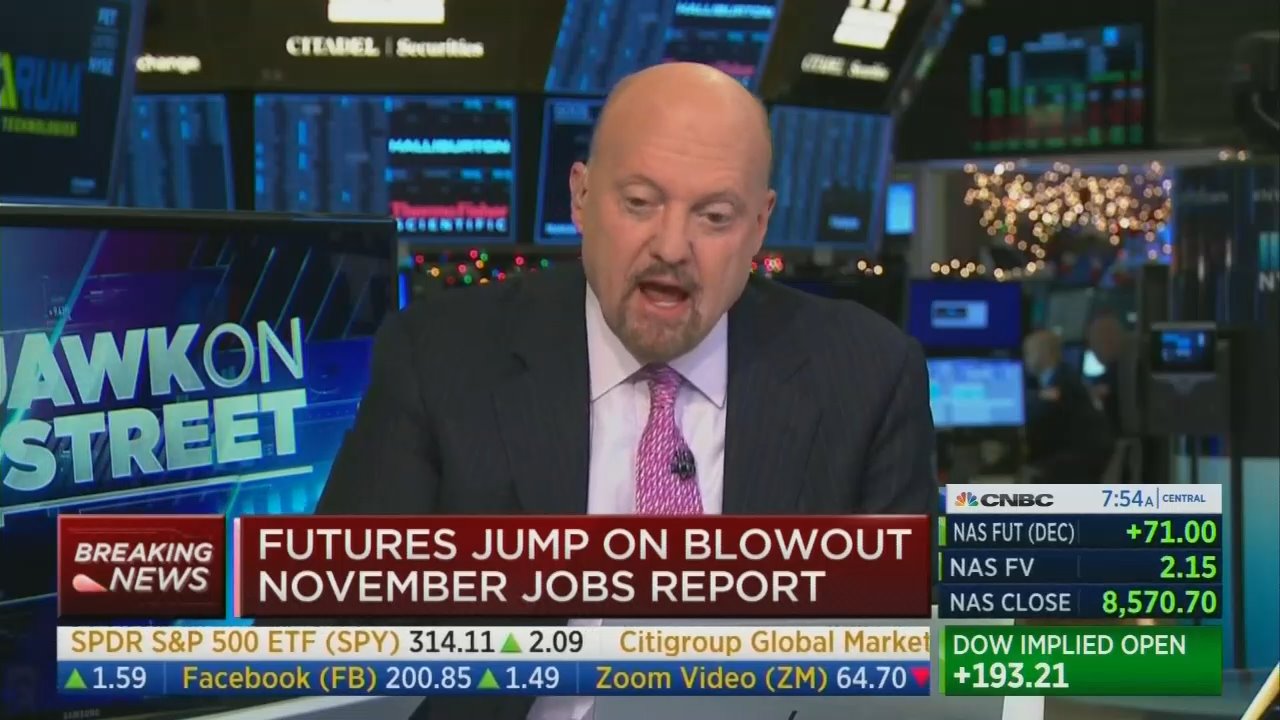 The Democrats in Congress are rolling ahead to vote on articles of impeachment against President Trump, but it's hard to ignore that the nation’s economy is roaring to the best numbers seen since 1969, according to the November jobs report released on Friday.

On CNBC's Squawk Box on Friday morning, Jim Cramer responded to the good news by saying "What a number!" He cited an analyst named Michael Cembalest at JP Morgan, who found the cable networks like CNN and MSNBC put positive economic news in 16th place among topics, far behind Russian election-meddling and other anti-Trump topics.

Liberal “people don’t want to say good things” even though the new Labor Department document contains “the best number I’ve ever seen in my life!”

Cramer added that the numbers might be so positive that Trump could “cancel trade talks with China.”

Cramer gushed: "You can’t contradict that these are the best numbers of our lives.… I don’t see inflation; I don’t see recession. Fifty years ago that number was a curse, now it’s a blessing. And you know something, Joe? It doesn’t matter whether you hate [Trump] or like him, these are real numbers!"

The report also indicated that the U.S. labor market added 266,000 nonfarm jobs during that month, with the unemployment rate falling to 3.5 percent at the same time.

Economists surveyed by Dow Jones had been looking for solid job growth of 187,000 and saw the unemployment rate holding steady from October’s 3.6 percent.

The decline in November’s jobless rate came amid a corresponding 0.1 percentage point drop in the labor force participation rate, to 63.2 percent.

Also, average hourly earnings rose by 3.1 percent from a year ago, slightly above the number expected by economists polled by Dow Jones.

As if that news wasn’t positive enough, the Dow Jones Industrial Average, the S&P 500 and the Nasdaq Composite all surged more than one percent in Friday trading in the stock market.