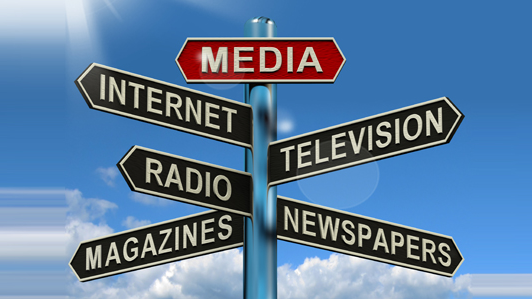 Paul Bedard of the Washington Examiner reports on another new poll demonstrating that confidence in the media “has hit rock bottom, with many news consumers believing that reporters file their reports before knowing the facts.” The press had a higher percentage of people choosing they have "hardly any confidence at all" in it than the Congress.

The findings come from a national poll conducted by the Columbia Journalism Review in conjunction with the Reuters/Ipsos company that sought the opinions of 4,214 adults in mid-December, 1,657 of whom identified as Democrats and 1,505 who stated they were Republicans.

In announcing the results, the Review stated:

For decades, we’ve known that Americans don’t trust the press.

What we haven’t known is how people view the makings of journalism, from the use of fact checkers and anonymous sources to the question of whether money skews journalistic decision-making.

As if that wasn’t serious enough, 60 percent of those polled “are under the impression that sources pay for stories,” Bedard added regarding the “depressing new survey” that conveys “grim news” and points out “just how big the trust gap remains.”

The bad news for people in the media just kept on coming, the columnist continued, as the poll “also confirmed the pending death of print newspapers and magazines and a remarkable shift to social and online media as sources of news.”

While 40 percent of those polled stated they get "most of their news" from television, 28 percent use the Internet and 12 percent depend on social media. Only six percent rely on print newspapers and magazines, and five percent get information via radio.

Another aspect of the survey found that only 25 percent had “a great deal of confidence” in the press, while half responded that they have “hardly any confidence at all” in the media, which led all the institutions for which the public has the lowest confidence.

While Congress only received a 20 percent vote of confidence, that federal institution was viewed much less favorably by 45 percent, putting it approximately five points better than the press.

Of all demographic groups, only Democrats expressed a positive confidence in the press, with 42 percent stating that it does not have a partisan bias.

However, two-thirds of Republicans gave the media a failing grade, and only 10 percent felt the press is nonpartisan.

Regarding which media are considered “mainstream,” more than two-thirds of those queried said that CBS, NBC, ABC, CNN, the New York Times and the Washington Post match that description, while only about one-fourth felt the same way about The Rachel Maddow Show on MSNBC, The Daily Show on Comedy Central and the National Enquirer.

In one of the harshest judgments on journalists, 60 percent (54 percent of Democrats and 70 percent in the GOP) believe reporters get paid by their sources sometimes or very often. (The opposition-research firm Fusion GPS has funded reporters, but try to figure out for what purpose. They denied paying for stories, but redacted the evidence.)

Only 31 percent of respondents who believe the country is headed in the right direction has confidence in the press, and 41 percent stated they are less likely to believe a story that relies on anonymous sources.

Regardless of age, gender, employment or highest level of education, about half have little trust in the press.

The institutions that received the highest marks included the military, law enforcement, universities, the U.S. Supreme Court and the federal government’s executive branch (the White House).